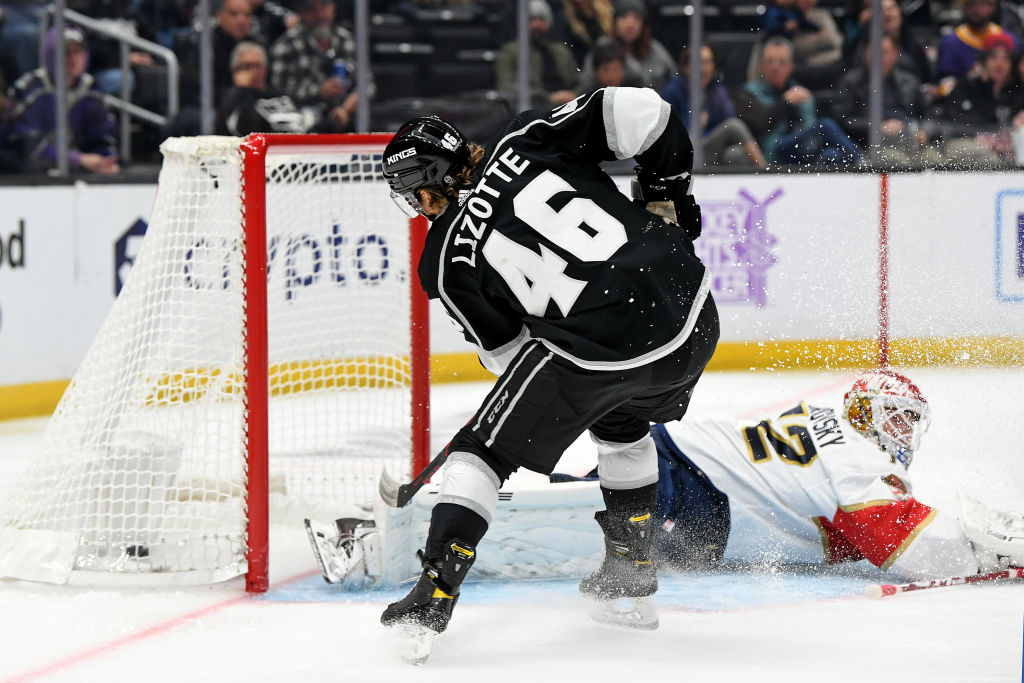 Kind of cryptic sounding, isn’t it?

That was from Todd McLellan after last night’s game when asked – again – about the high-scoring nature of a Kings win. Last night’s margin was 5-4, the same margin we saw in a win over Detroit earlier this season, with neither quite approaching the 7-6 scoreline we saw in Minnesota. The Kings have played, by far, the highest-scoring hockey of any team in the NHL this season. With 102 total goals, no team has seen more goals scored in their games this season than the Kings. There’s a bit of a caveat there, in that the Kings are tied for the league lead in games played, but nonetheless, LA is one of just four teams to average at least 3.4 goals both for and against on a per-game basis.

“I said in the summer – I said actually in Edmonton after game seven – that we had to work ahead of us and that every year is different,” McLellan added. “Are we going to be a high-event team every night? We better keep scoring five. If we’re going to be a high-event team and not put four or five up on the board, then we’ve got to fix some things.”

The Kings have maintained through it all that despite a high-scoring start to the season, it’s not necessarily the way that they WANT to play, it’s just the way that they’re currently playing. At 7-6-1, it hasn’t burned them to the extent of an awful start to the season by any means. The Kings sit two points behind where the team was at through 14 games last season, though at Game 14 last year, the Kings were riding a seven-game winning streak. Game 15 through Game 22 featured seven losses and just five total points earned as the roller coaster that was the first three months of last season went aggressively through its ups and downs.

“We’re trying to rein it in a little bit more and be better defensively, but at the same time, in the same breath, we’re scoring more,” McLellan said. “We’ll see. We’re our own team right now, we’re figuring it out.”

While the Kings sort out who exactly they want to be, and they’re working constantly on doing so, there’s still an element of risk to the way they’re playing.

Talking to Adrian Kempe last week, he smiled a little bit as he corrected himself when discussing the element of risk after the Toronto game. He talked about how a team like Toronto plays with a little bit more risk than the Kings do but quickly amended himself to say how the Kings want to play, admitting there’s been more risk in the team’s play than they would like it to be.

That’s not to say the risk hasn’t paid off at times, with the Kings excelling at putting the puck in the net, with a full complement of players contributing. After last night’s game, Trevor Moore highlighted the internal growth shown by some of the younger players, as well as the team’s depth, as reasons for the offensive output early in the season

Hard to pick a better sample than the win over Florida.

Gabe Vilardi scored the game-winning goal in the third period, giving the first line a much-needed offensive contribution. The second line got two goals, including Moore’s deflection in the second period. The third line opened the scoring, with a highlight-reel feed from Kevin Fiala to Rasmus Kupari and the fourth line chipped in with Blake Lizotte’s individual effort, showing determination to stay with a play and put home his own rebound.

Are the Kings the only team experiencing these upticks? Not necessarily, and the sample size is fairly small at this stage.

Last season saw an uptick in goals-per-game across the league that we hadn’t seen since 1996. Teams averaged 3.14 goals per game, tying the mark from the 1995-96 season, with the 1993-94 season the last time a season finished higher. It’s still quite early, but teams around the NHL are currently averaging 3.22 goals per game, with an uptick in power-play scoring more than covering the differential from last season to the early goings of this season.

It’s not necessarily surprising to see scoring up early in the season. It’s also not necessarily indicative of what will come throughout the course of a full 82 games around the league, nor is it necessarily indicative of what will eventually differentiate teams come the postseason. McLellan admitted that he’s seeing a lot of the number four when he checks scores around the league, but despite that in the early goings, he believes it’ll be the number three that remains important as the season progresses.

“I just looked at the scores and four seems to be a common number,” McLellan added. “I personally believe it’s going to be the race to three again, at some point, because I think everybody’s going to tighten things up, but I’ve been wrong many, many times before. Fours are popping up all over the place, so the team that can get to four and really check well has a chance at the championship, I believe, right now if it stays this way.”

Can the Kings be that team, the team that can score four goals on any given night but also checks effectively and efficiently? Wins over Tampa Bay and Toronto on the last homestand, arguably the East’s top two contenders, showed that exact formula. A pair of 4-2 victories that limited chances against elite talent while reaching that four-goal mark. That’s 2 of 14, though. For a team that built so much of its success a season ago upon structure, predictability and responsibility, the Kings still want those elements to be staples of their game, though we’ve seen the team win games with a different formula here in the early goings. Can the uptick in offensive output remain, as the Kings tighten the screws at the other end of the ice? Remains to be seen.

If it can, though, the Kings could be on the verge of building something that is not only different than what was built last season but with the potential to be even better. And that, should it come to fruition, would be a great sign of progress.