By The Numbers – What The Metrics Say Through 12 Games 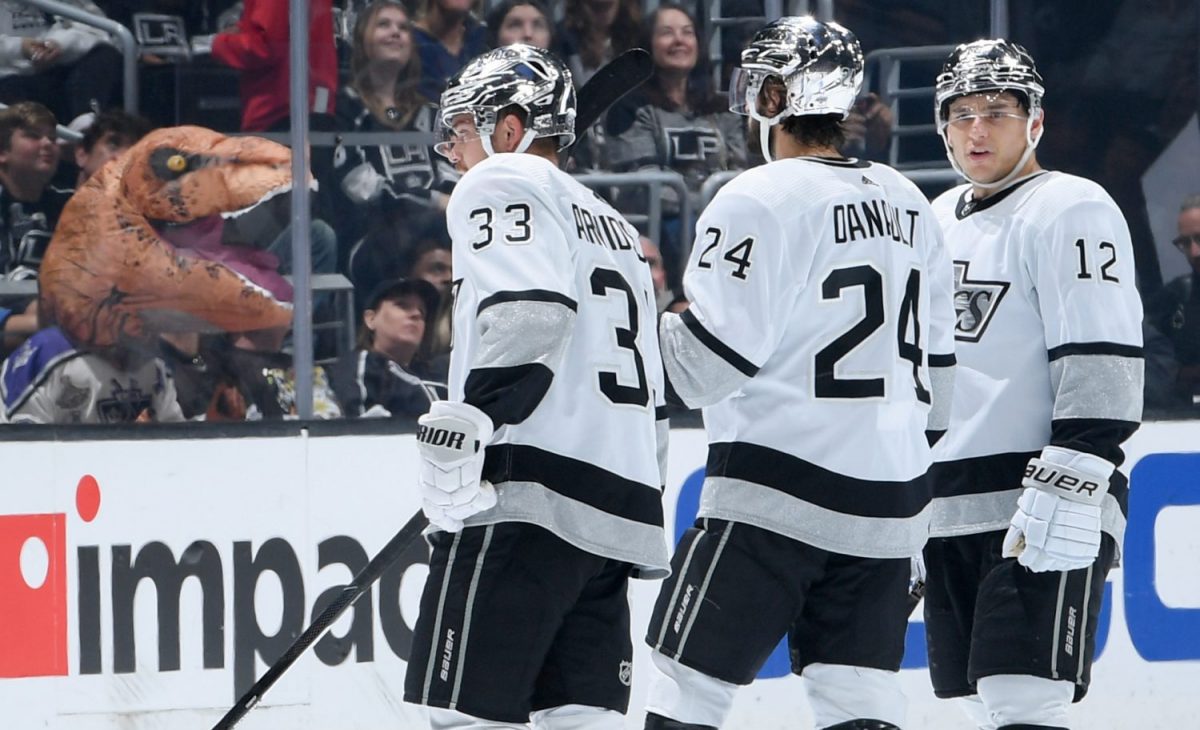 How’s this for a comparison of numbers……

The totals on the left column are the LA Kings 5-on-5 rates this season on a per/60 basis as it comes to shot attempts for, scoring chances for and high-danger chances for, with all data pulled from Natural Stat Trick. The totals on the right? The LA Kings 5-on-5 rates in the same three categories last season, over the course of 82 games. You honestly can’t make up how close those numbers are, I mean that’s a typo, a rounding error. The totals are nearly identical, in all three areas, which is pretty incredible when you think about how differently the start to this season has gone in comparison to last.

I generally believe that statistics like this are better served when used to evaluate larger sample sizes of data. I’m guilty every so often of using these metrics as evidence of single-game performance, or a tiny sample size, and in certain situations it can be useful evidence to support a point. But now, 12 games into the season, we’re starting to get a bit more of a book on the Kings than we had after game one or game five. I thought about doing something like this after Game 10, decided to push it back, and the narrative remained two games later. There are still 70 games remaining and we could certainly see drastic shifts in these totals, as leaguewide “for” in those categories appear to be a bit higher in the early goings. For example, 31.14 scoring chances per/60 ranked eighth in the league last year and basically the same total is good for 15th here through about one month of this season. Trends are just that, trends, but let’s take a look at a few here different storylines, by the numbers, early in the season.

Individuals
Nice Line Still Nice
There were few more storylines last season that were more positive than the emergence of the forward line of Trevor Moore, Phillip Danault and Viktor Arvidsson. Put together at the new year, the three players blended perfectly together offensively to form the Kings most consistent line in the second half of the season. Their possession metrics were excellent, controlling just shy of 59 percent of shot attempts, with 56 percent or higher in scoring chances and high-danger chances.

While the line took a bit of time to get going, with Arvidsson missing two games due to illness, on top of his recovery from back surgery, they seem to be finding their stride. While their possession metrics are lower, coming in at 52.4 percent on shot attempts, their percentage of high-danger chances controlled is basically identical to last season (56.86 down from 56.96). They’re scoring at a slightly lower rate, but also giving up goals at a lower rate, plus Danault and Arvidsson combined for a power-play goal off the rush the other night, while Moore and Danault combined for an overtime goal in Detroit. Driven by a +14 performance in shot attempts against Winnipeg last week, the second line has been on the right side of attempts in each of the last four games, so consider them trending up. Plus, their jersey numbers still add up to 69, so they’re as nice as ever.

While Doughty and Anderson have not continued at their league-leading rate of shot attempt supression, their goals against per/60 has dropped from 2.56 to 2.29. Their relative rates, meaning the totals with them on the ice versus without, remain well in the minus (a good thing for chances against). It hasn’t been quite as tight as the totals shown above, but Doughty and Anderson have continued to operate as one of the NHL’s best shutdown pairings in the early stages of the season and they lead the league in 5-on-5 ice time as a pairing, ranking sixth in TOI/GP. In their third season together, history would indicate concistency from the duo, which could keep their totals steady and see their leaguewide rankings rise as other, less familiar pairings see their sample size increase.

Team-Wide
Chances Against, Goals Against
The Kings are still in the top half of the NHL when it comes to percentage of chances controlled, but are not quite as high as they were last year in the rankings. With chances for almost identical, as detailed above, naturally that means that chances against are up. Looking strictly at 5-on-5 and focusing on shot attempts, scoring chances and high-danger chances, the Kings are allowing between 10 and 12 percent more in each category, on a per/60 basis, than they were last season. High-danger goals against have risen by around 14 percent, meaning chances and goals against when it comes to the Grade-A looks are up by the same amount.

Where the ballooning has come is with respect to the lower-grade chances. The Kings are currently allowing 3.15 goals against at 5-on-5 this season, a mark that would have ranked worse than just three teams (Arizona, Columbus and New Jersey) last season. The percent growth in that area is in the 30 percent range, and goals off of scoring chances are also up substantially. The Kings have seen their team save percentage dip from .916 to .897 in all 5-on-5 situations. The .897 mark would’ve ranked dead last in last season’s rankings. A regression to the mean feels pretty likely here and as such, it should help the GA numbers over time.

Power Play Balance
Evaluating the power play early in the season can be difficult, because power-play scoring is up around the league throughout the course of the first month (0.60 to 0.72 PPG per game), but the Kings have seen their overall number vault from 16.1% to 20.8% as of the end of the game in Dallas. That’s not including a goal from Arthur Kaliyev on Monday, which was recorded exactly two minutes after a penalty was taken, so technically an even-strength goal. The Kings have moved from 27th to 19th in the early goings and as they lead the league in power-play opportunities, they are actually tied for second in the NHL in power-play goals.

One area of difference from last season to this season is the balance between the units. Of the 11 goals the Kings have scored, five have come from the first unit, five from the second unit and one from Carl Grundstrom on a late-game power play in Pittsburgh. Last season saw an imbalance in PP time between units, which resulted in the bulk of the production coming from PP1, though injuries made it difficult to establish exactly what PP1 entailed. Minus Kaliyev’s six PPG’s, the balance was not nearly what it’s been so far this season. More on what’s making PP2 tick in tomorrow’s game preview.

That’s likely all for today, Insiders. No team practice coming off the back-to-back, Kings will likely hold a full-team skate in the morning here in Chicago. Big opportunity to turn this into a good trip tomorrow evening, we’ll have full coverage from United Center, before the Kings return home for over a week!