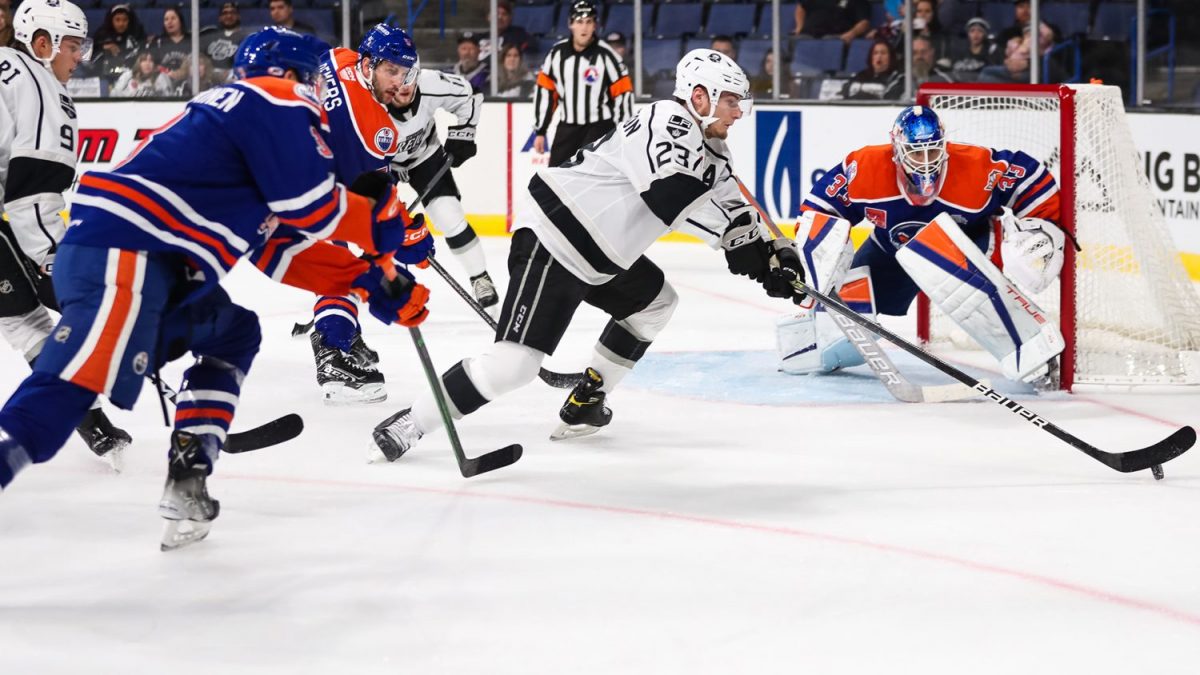 TONIGHT’S MATCHUP: The Ontario Reign host the Bakersfield Condors for the second time this season on Saturday night at Toyota Arena. Two weeks ago it was Bakersfield that earned the victory in the first clash between the two rivals, defeating Ontario 3-2. Since losing that game, the Reign have responded to win four straight outings. The Condors haven’t had as much success, going 1-2-0 in their most recent three contests. The Reign finished with a 5-2-1-0 record in eight contests against Bakersfield a year ago, including wins in three of the four matchups in Ontario.

WHAT TO WATCH FOR: While currently sitting at the top of the Pacific Division with 10 points, Ontario is looking to extend its lead in the standings as they take the ice for the only time this weekend. The Reign are in the top five of the AHL in both goals for and against, ranking first with 1.83 goals allowed per contest and fourth offensively with 4.0 goals scored. The Condors have held their opponents to 29 shots on goal per game, which is 8th-best in the league.

LAST TIME OUT: Goals by forwards Rasmus Kupari and Taylor Ward were enough for the Ontario Reign to win their first-ever game at the new Tech CU Arena Wednesday night and hand the San Jose Barracuda their first loss of the season by a 2-1 score. Goaltender Pheonix Copley was one shy away from being perfect in the contest, making 28 saves to earn his third win. Both of Ontario’s goals came with assists from Alan Quine, who is now on a four-game point streak. The Reign are now in first place in the Pacific Division and became the first team in the AHL to reach 10 points in the standings.

SECOND PERIOD SUCCESS: The Reign have been dominant during second periods this season, outscoring opponents by a 9-2 margin, tied for the largest positive goal differential for any team in a single period this season. The two goals allowed by Ontario is also tied for the lowest total surrendered during the second period in the AHL. Bakersfield had one of the two in the teams’ only previous matchup this season when James Hamblin found the back of the net during the middle frame on Oct. 16.

SCOUTING THE CONDORS: The AHL affiliate of the NHL’s Edmonton Oilers, Bakersfield is aiming to continue competing at the top of the Pacific Division this season in head coach Colin Chaulk’s first full campaign. After an 80-point season a year ago, forward Seth Griffith is back and has posted five assists in his first five outings. His scoring total ranks second on the team behind Hamblin, who has six points on three goals and three assists after compiling a 35-point year in 2022-23. Blueliner Michael Kesselring has also had a hot start to the season from the back end, posting four points on three goals and an assist. In goal, Calvin Pickard has played three games while Olivier Rodrigue has started twice, including the win over Ontario on Oct. 16. Each goaltender has earned one victory and they’re even with a 0.882 save percentage.

RIGHT ON QUINE: Reign forward Alan Quine has had a knack for the net early in the season and scored the game-winning goal in the third period during consecutive outings for Ontario last week. Quine’s first goal in a Reign sweater came last Tuesday night at 4:15 of the third when he followed up a rush by Rasmus Kupari that saw the center draw multiple Henderson defenders to him, leaving the veteran open for a drop pass that he put into the net. He followed up with another third period strike last Friday in San Diego, stepping off the bench to take a pass from TJ Tynan that went through a defender’s legs and wristed the puck past the glove of goaltender Lukas Dostal. Quine added two more first assists during Wednesday’s win in San Jose and is now second on the Reign in scoring with seven points from his first six games this season (2-5=7).

PHEONIX RISING: Goaltender Pheonix Copley has been a standout in net for Ontario early this season, posting a 1.77 goals-against average and a 0.944 save percentage with three wins in four appearances. Copley’s GAA ranks eighth in the league, but he’s played more minutes than all but one of the seven netminders ahead of him. Copley’s last two efforts have been particularly impressive, both resulting in wins on the road while allowing just one goal to San Diego and San Jose respectively.

DUDAS DELIVERS: Forward Aidan Dudas has been at his best to open the 2022-23 season, scoring four points in the Reign’s first six games. Prior to Wednesday’s game in San Jose, the Parry Sound, Ont. native had been on the scoresheet in three straight contests, matching the longest point streak of his AHL career. Three of Dudas’ points have been goals, including a tally on opening night, as well as markers in each game of the team’s two-game sweep over San Diego last weekend. Now in his third pro season, Dudas has appeared in 110 career games with Ontario, scoring 40 points on 19 goals and 21 assists. He reached career highs last season with 10 goals, 13 assists and 23 points.