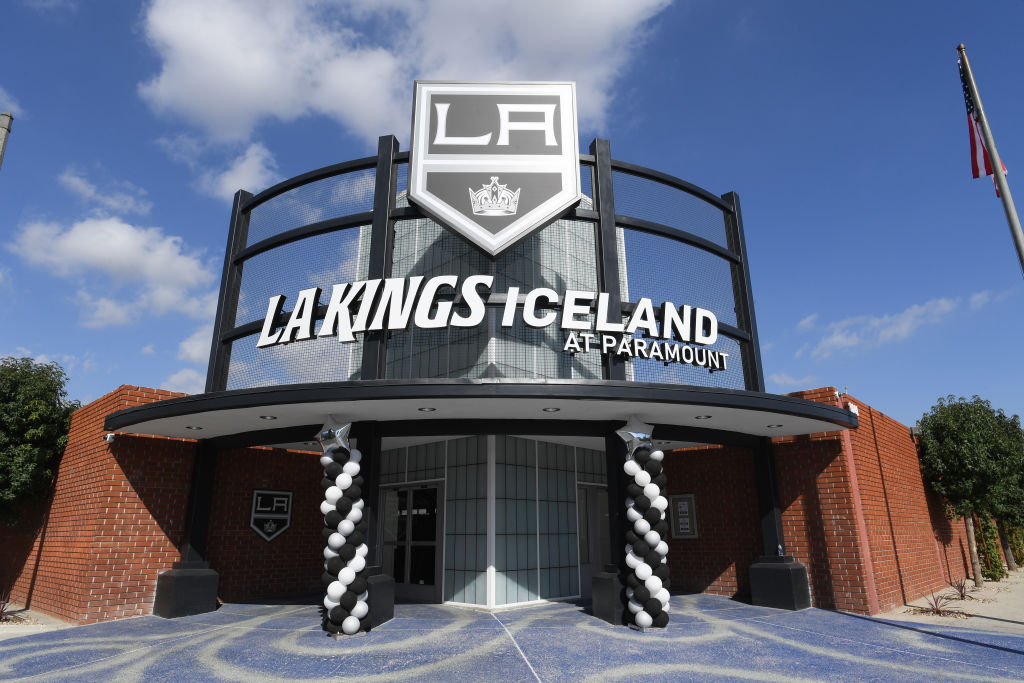 The LA Kings held a special ribbon-cutting ceremony earlier today at LA Kings Iceland at Paramount, for the grand re-opening of the facility. This past June, the LA Kings and American Sports Entertainment Company – ASEC- announced the purchase of the facility, the latest ice facility to fall under the Kings umbrella.

Kings President Luc Robitaille was on hand to cut the ribbon, along with representatives from the Kings, AEG and ASEC.

“I love the fact the community has supported LA Kings Iceland at Paramount for more than 80 years and we are honored to expand upon the mission set forth by Frank and Richard Zamboni,” Robitaille said. “ASEC and the Kings are committed to playing a key role in the next chapter of ice sport in Paramount, the neighboring cities and beyond, and growing the game of hockey throughout Southern California.”

Today’s unveiling included the first look at several changes promised when the purchase was originally announced over the summer. Upgrades to the venue include a lot of internal work with piping and insulation systems being revamped, as well as a new ice floor, new rubber flooring throughout the venue, upgrades to the dasherboards and internal sound system, as well as an external rebrand to reflect the new name of the facility.

A few clips from the unveiling below, as the facility was re-opened to the community today – 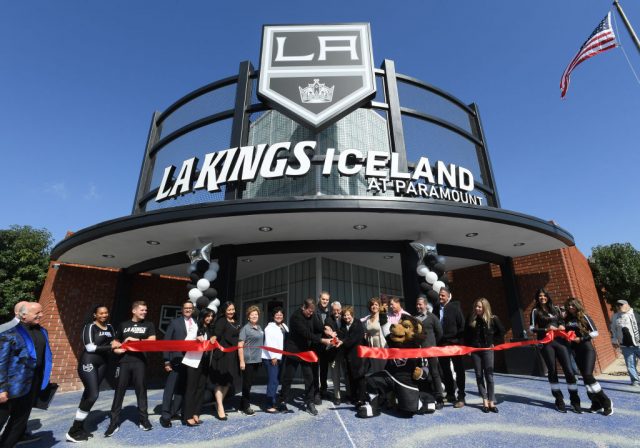 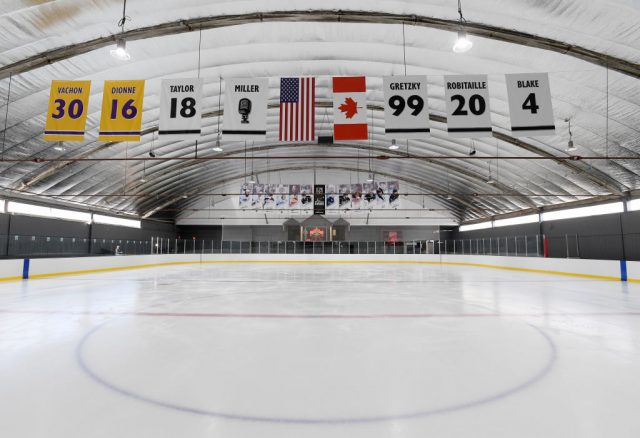 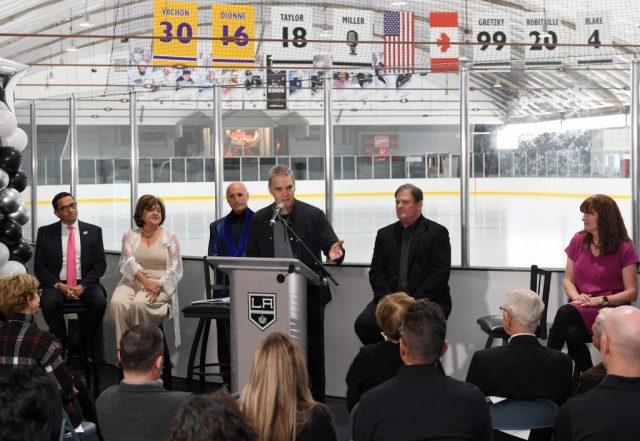 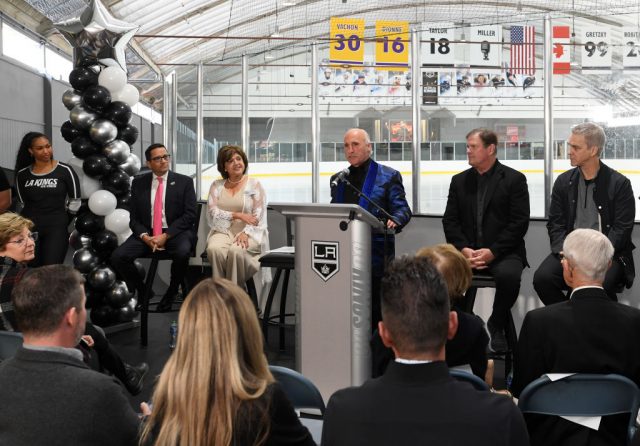 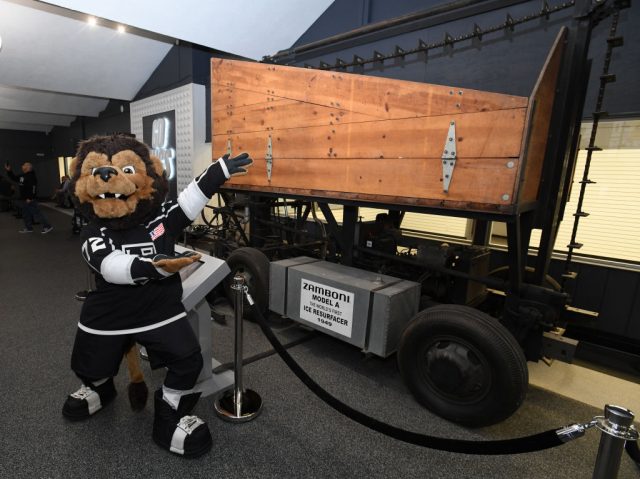 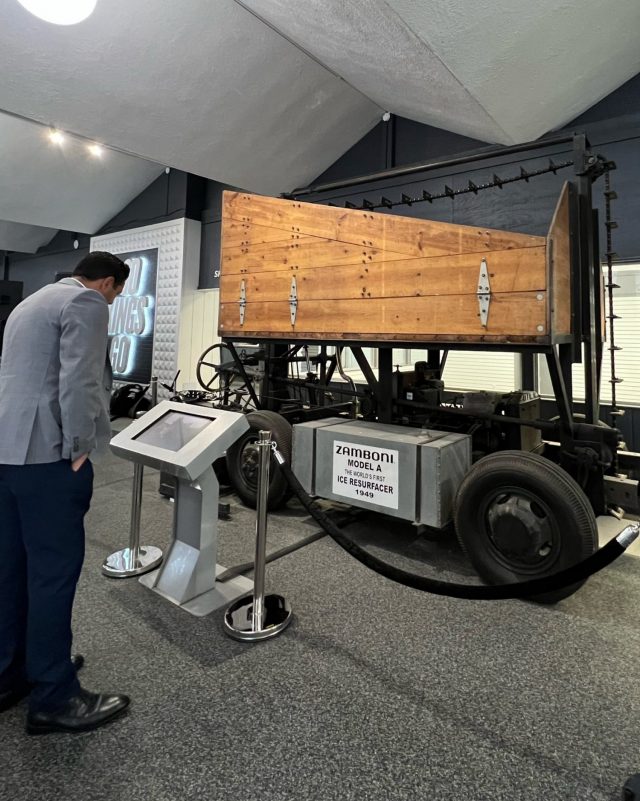 We’re here for the Grand Opening of our newest rink — ICELAND at Paramount! @LAKingsIceland pic.twitter.com/ruIur1rwXC

Paramount is ready to get this place opened! @LAKingsIceland pic.twitter.com/t6hfkGRDcG

The single-sheet ice facility has been a mainstay in the Paramount community/greater surrounding area since 1940. The venue formerly known as Paramount Iceland however had only been open in recent years for private ice time due to COVID-19 restrictions.

LA Kings Iceland at Paramount is also home to the first Zamboni machine and part of the original purchase agreement included a new Zamboni museum be established in honor of the late Frank J. Zamboni, the inventor of the world’s first ice resurfacing machine. The museum includes Frank’s original Zamboni ice resurfacing machine (the Model A) as the highlight of that museum.

In addition, the historic facility will continue to feature its Wurlitzer organ – the only pipe organ currently playing regularly in any ice-skating arena in the country – which was first installed in 1941.

Sorry to disrupt some good conversations on the practice thread from today, have been reading through several of them, but wanted to slot this in before tonight’s Ontario Reign game got underway. Post-game notes and reactions from San Jose to follow tonight from Jared Shafran, before a game preview and the regular gameday routine to follow in the morning as the Kings host Winnipeg! Thanks for reading as always, Insiders!

By Zach Dooley
187 Comments
Off the Ice

The LA Kings held a special ribbon-cutting ceremony earlier today at LA Kings Iceland at Paramount, for the grand re-opening