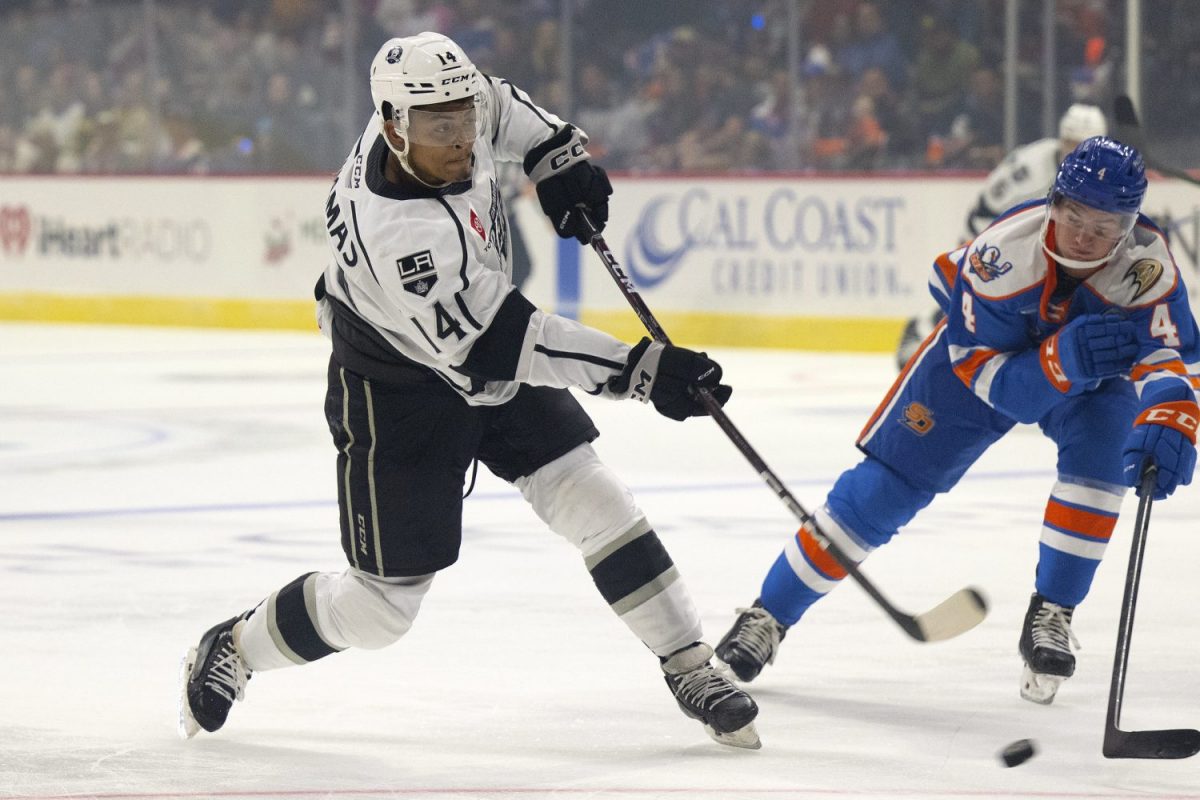 TONIGHT’S MATCHUP: The Ontario Reign face-off against the San Diego Gulls for the second consecutive evening on Saturday night, with the two clubs competing in the back end of a home-and-home at Toyota Arena. The Reign earned two points from the first game of the weekend in San Diego with a 2-1 win over the Gulls on the road at Pechanga Arena. Ontario picked up where they left off last season, a year where they dominated play against their SoCal rivals with a 9-3-0 record in 12 contests during the regular season before securing a sweep in the opening round of the postseason.

WHAT TO WATCH FOR: While both teams came into the weekend averaging five or more goals per game, they played a low-scoring, defensive contest highlighted by goaltending to open the series on Friday. Saturday’s game marks Ontario’s fourth home outing in its first five games to begin 2022-23. The Reign opened the new year by posting two wins from three games at home last week with defeats of Abbotsford and Henderson along with a tight 3-2 loss to Bakersfield. San Diego’s Rocco Grimaldi had his team’s only goal in the loss to Ontario Friday while recording a game-high 11 shots on net.

LAST TIME OUT: Led by goaltender Pheonix Copley, who made 44 saves in an outstanding effort, the Ontario Reign spoiled the home opener for the San Diego Gulls and earned a victory in the first game of the 2022-23 SoCal Series by a 2-1 final score on Friday night at Pechanga Arena. After the game was scoreless for the first 43 minutes, Aidan Dudas broke the ice with his second goal of the season. An insurance tally by Alan Quine at 11:13 of the third ended up being the game-winning strike.

YOU CAN’T STOP THE CAPTAIN: Nothing has changed to start the season for new Reign captain TJ Tynan. Through the first four games of the season he’s leading the team with eight points after posting a goal and three assists on Opening Night, adding a pair of helpers on Sunday and picking up his sixth and seventh assists in two consecutive wins for Ontario on Tuesday and Friday. After a 4-point performance on opening night, the reigning back-to-back MVP picked up assists on both of Samuel Fagemo’s goals Sunday and a helper on Rasmus Kupari’s power play goal Tuesday, before securing the first assist on Alan Quine’s game-winner Friday night in San Diego. Tynan’s eight points have him at the top of the AHL scoring leaders and his seven helpers also rank first among all league skaters.

SCOUTING THE GULLS: San Diego turned over a new page during the offseason, bringing in longtime AHL head coach Roy Sommer, the winningest bench boss in league history. To begin the new campaign, the Gulls ventured to Grand Rapids and split a pair of opening weekend games with the Griffins, winning last Friday by a 6-2 margin before falling 8-5 the following night. Defenseman Nikolas Brouillard, who finished third on the team in scoring a year ago with 39 points, has returned and is leading the group with six points from his first three games on two goals and four assists. Also back are standout forwards Hunter Drew, Brayden Tracey and Danny O’Regan. Former LA Kings and Reign defender Austin Strand has flipped to the other side of the SoCal rivalry, joining the Anaheim organization during free agency and has secured an assist in his first three games with the Gulls. Despite many changes this year for San Diego, the netminders have remained the same, with Lukas Dostal and Olle Eriksson Ek both back for another campaign. During 2021-22 Dostal led the way, appearing in a team-high 40 games and posting a 2.60 goals-against average along with a 0.916 save percentage.

RIGHT ON QUINE: Reign forward Alan Quine has had a knack for the net early in the season and has scored the game-winning goal in the third period during consecutive outings for Ontario this week. Quine’s first goal in a Reign sweater came Tuesday night at 4:15 of the third when he followed up a rush by Rasmus Kupari that saw the center draw multiple Henderson defenders to him, leaving the veteran open for a drop pass that he put into the net. He followed up with another third period strike on Friday in San Diego, stepping off the bench to take a pass from TJ Tynan that went through a defender’s legs and wristed the puck past the glove of goaltender Lukas Dostal. Including the two assists he produced on opening night, Quine is now second on the Reign in scoring with four points from his first four games this season (2-2=4).

MADDEN, IT’S IN THE GAME: Forward Tyler Madden produced his first multi-point effort of the season in Tuesday’s win over Henderson, scoring a goal and an assist in the 5-3 victory. The third-year forward netted the opening goal of the game on a rush while shorthanded, wristing a puck up high and into the net to give Ontario an early lead. The tally was Madden’s 16th pro goal and his first since changing his jersey to No. 10 this season. He also added a first assist on forward Akil Thomas’ late second period strike, dropping the puck back to his center during a 3-on-2 rush coming into the Henderson zone. It was the eighth time during Madden’s 65-game tenure with the Reign that he posted two points in a game. He followed up with an assist on Aidan Dudas’ opening goal on Friday in San Diego and now has three points in three games this season (1-2=3).