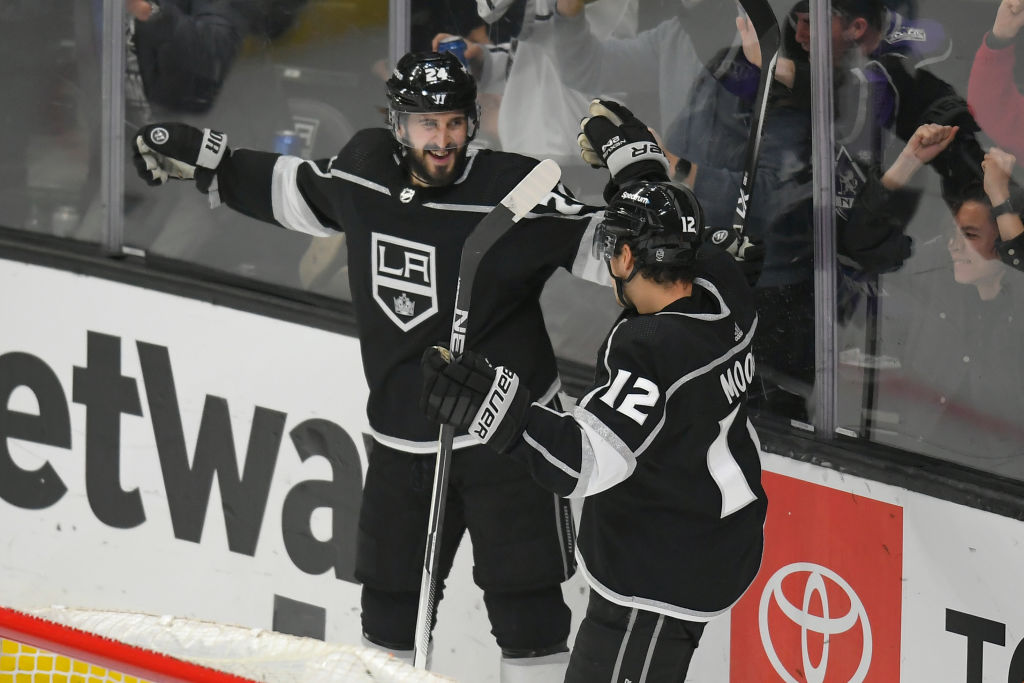 The LA Kings were one of 32 lucky recipients of their 2022-23 national broadcast schedule, including information on their games that will be broadcast on ESPN and TNT in the United States. As was previously known, the Kings will be one of four teams on ESPN on Opening Night around the NHL, as they host the Vegas Golden Knights on October 11 at Crypto.com Arena. Opening Night will be a part of a doubleheader to kick off the season, with the Kings and Golden Knights set for 7:00 PM Pacific, following a game between the New York Rangers and Tampa Bay Lightning at 4:30 PM Pacific.

The Kings are slated to return to ESPN a week later on their first road trip of the season, with the game on October 18 against Nashville also televised nationwide. Both the games in October will also be broadcast on ESPN+. Additionally, the Kings are expected to play on ESPN on February 17 at Anaheim and April 4 versus Edmonton, with those games solely on the main network. Last season, the Kings were on ESPN twice during the regular season and not until January. This season, they’ll be the second game featured across the league, with additional national coverage based on the team’s improvements made in reaching the 2022 postseason.

The Kings will be on TNT twice this season, a reduction from the five games aired last season, beginning with a playoff rematch against the Oilers. November 16 in Western Canada will be the first time the two teams square off this season, following up on May’s seven-game playoff series. The Kings will also feature on TNT in January, as they host the San Jose Sharks on January 11 at Crypto.com Arena.

The Kings will also play three games exclusively on ESPN+ / Hulu. Those games will be blackout free in the Los Angeles Market on the ESPN+ service, meaning that everyone will be able to see these select three games on the streaming platform. The ESPN+ games include a pair of home games in November – 11/8 versus Minnesota and 11/10 versus Chicago, as well as a January game against Dallas on 1/3. We will be allowing a one-time only complain about the games on Hulu window here in the LAKI comment section from November 8 through November 10. Please RSVP for the right to participate.

The full national broadcast schedule is listed below –

Additionally, the NHL announced four start time changes related to Kings games, all of which are nationally televised. To accommodate for national broadcasts, the Kings will see four start times altered, two at home and two on the road, the largest of which being an 8:30 local start time in Nashville, a change of eye-rolling proportioning for those of us in attendance watching, but perhaps a welcomed additional hour and a half for the team on the second half of a back-to-back set on the road.

The full list of time changes is listed below –

By Zach Dooley
77 Comments
Behind the Scenes