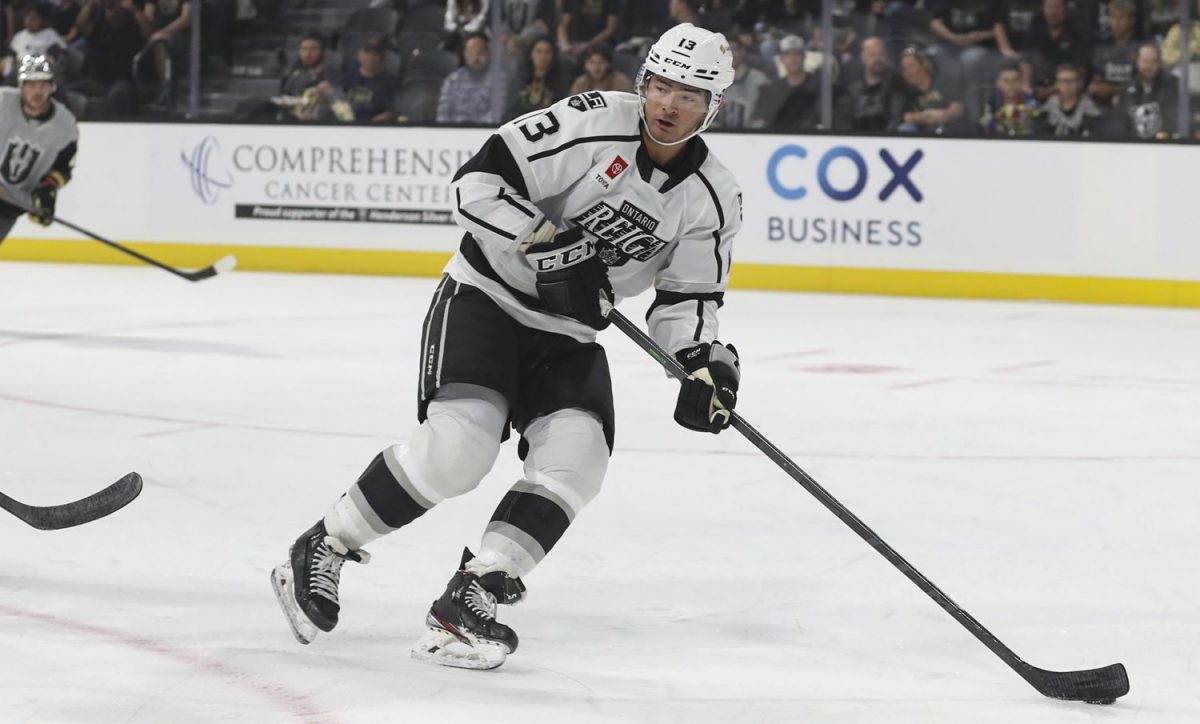 A couple of AHL signings to announce this morning, as the Ontario Reign have inked defensemen Tyler Inamoto and Christian Kasastul to one-year, AHL contracts. Both defensemen featured last season with the Reign on PTO’s (professional try outs), with Kasastul a regular rotational player on the backend, while Inamoto joined the team towards the end of the season and made his professional debut out of the University of Wisconsin.

Kasastul was with Ontario for the bulk of the season, playing in 25 AHL games as opposed to just 13 ECHL games with Greenville. Kasastul was in training camp with Ontario and returned twice on a professional try out, with his second signing lasting from early-December through early-April. Kasastul provided stability and consistency on the backend, especially as the Kings suffered a rash of injuries on the blueline, earning the Norweigan more minutes.

Inamoto joined the Reign late in the season after he finished his collegiate career at the University of Wisconsin. A fifth-round selection by Florida in the 2017 NHL Draft, Inamoto took advantage of an NCAA rule which allowed players an extra season of eligibility due to the time wiped out due to COVID, playing five seasons in total with the Badgers. Inamoto’s rights were traded to Carolina at the deadline, but the two sides did not agree on an NHL contract by the August 15 deadline, with the player joining Ontario two weeks later.

Both players are known more for their abilities in their own end than at the offensive end of the rink, which isn’t a bad thing for players who would likely begin towards the bottom of the lineup and asked to play responsibly. Kasastul impressed with his physicality, competitiveness and intensity when he played last season, as he became a part of a very solid Reign team for the better part of four months. Inamoto’s audition was short – just two games – but his reputation as an individual who “eats pucks” preceded him from the NCAA to the AHL.

The duo are the third and fourth defensemen signed by the Reign to AHL contracts this offseason, joining veteran Cameron Gaunce and rookie Joe Gatenby. Gaunce will likely be a part of Ontario’s leadership group this season, while Gatenby is on a two-way contract, with Ontario and ECHL-Greenville, the organization’s new affiliate.

All in all, the Reign should have a steady battle for roster spots on the blueline during training camp. In addition to the four players on AHL contracts, the Reign could have several players on NHL contracts as well. The Kings currently have 11 defensemen signed to NHL contracts, not including the pair of Mikey Anderson and Sean Durzi, who are still restricted free agents. Assuming both come to terms by the season, Ontario could expect 5-6 contracted defensemen from the Kings, barring any injuries between now and then. The AHL does not carry a roster limit, meaning Ontario could opt to carry extra players if they chose to.

Inamoto, 23, turned pro by signing a professional tryout with the Reign late last season after playing collegiately at the University of Wisconsin from 2017-22. The Barrington, Ill. native appeared in 158 total games with the Badgers while scoring 29 points on five goals and 24 assists. The blueliner made his pro debut with Ontario late in the regular season and saw action in two contests.

While serving as one of Wisconsin’s alternate captains during 2021-22, the 6-foot-2, 202-pound defender posted a pair of assists in 26 games. During both his junior and senior seasons, Inamoto finished fifth among all NCAA skaters in blocked shots. He was previously drafted by the Florida Panthers in the fifth round of the 2017 NHL Draft and spent two campaigns with the United States National Team Development Program (USNTDP) from 2015-17, winning a goal medal with Team USA at the 2017 U18 World Championship.

Wisconsin Associate Coach Mark Osicki on Inamoto (February 2022)
Tyler Inamoto is one of those guys that as a coach you just love to have. He’s one of those kids that just does everything right. If you asked anyone on our roster, they would definitely say he leads by example. Every kid wants to put up big numbers and score points, but he’s not worried about that. He’s worried about making a good first pass, he’s worried about defending first and being a good teammate, that’s what his game is defined by. He blocks as many shots as a goalie some nights, he’s one of those guys who wants to be known for being brave.

Kasastul, 25, suited up for 25 AHL contests with Ontario last season and scored eight points on a goal and seven assists. He also played for the ECHL’s Greenville Swamp Rabbits during his first pro year in North America, appearing in 13 games and registering four assists. A native of Skien, Norway, Kasastul also played in four playoff contests for Greenville, scoring a goal and an assist.

Prior to last season, Kasastul spent seven seasons playing professionally in Europe from 2014-21, including 207 games in Norway and 82 contests in Sweden. He has represented Norway on an international stage at the IIHF World Championship three times in 2019, 2021 and 2022.

Ontario Assistant Coach Chris Hajt on Kastastul (March 2022)
Since he’s been back, every day he’s gotten better. That’s an important thing, you want to continue to do that and he’s worked on his game, he’s someone that is a competitor. That immediately jumps out at you, he doesn’t care who you are, he’s going to play physical, he’s going to be hard to play against in his own zone, off the rush, and it’s a physical element that we need and he’s done an excellent job of it, he’s been in scrums and stuff. Other teams don’t like him because he does play so hard. He’s taken on a bit of a penalty kill role as well, the other night he had four blocked shots on one kill there and that goes a long way with your teammates that you’re willing to put your body on the line and put your team in front of your own needs and he does that. It’s something that rubs off on other guys and they have a ton of respect for him and he’s done a lot of really good things, he’s been in the lineup, out of the lineup, he just goes about his business working on his game every day and good for him.”