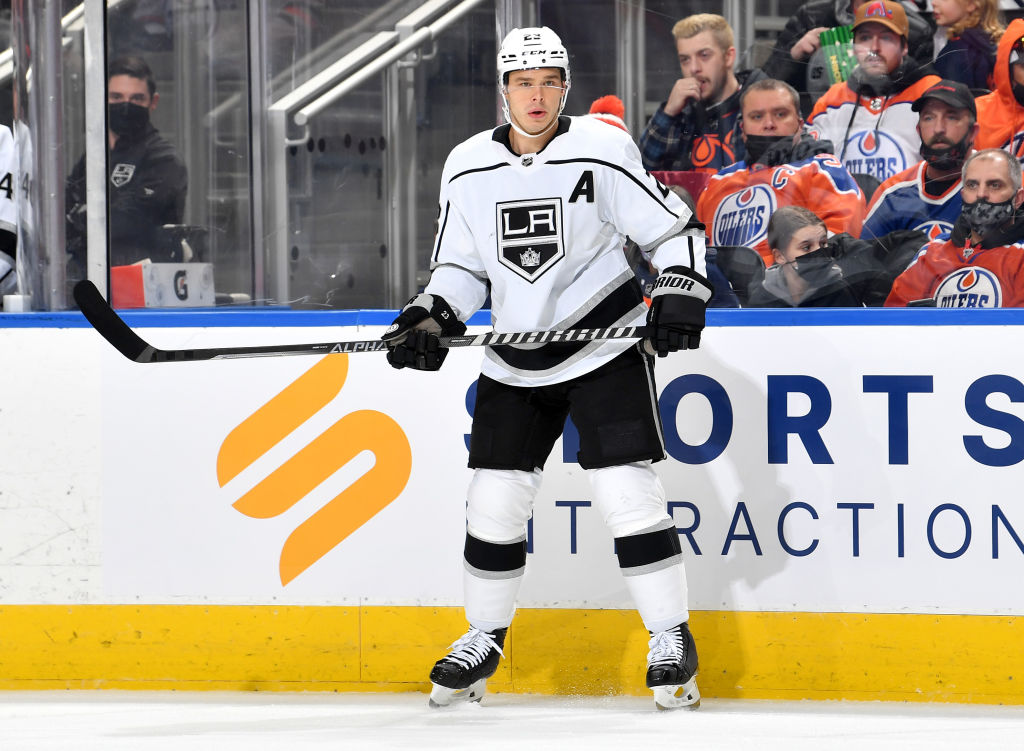 It’s been a long-time coming back for Dustin Brown.

As a one-club man, he’s been through the highest of highs and the lowest of lows that the LA Kings have experienced over the last 18 seasons. Brown entered the NHL prior to the 2004 NHL lockout. He’s played nearly 1,300 regular-season games between then and now, more than any other player in Kings history and more than any other player from the heralded 2003 NHL Draft class.

Brown has also played in 85 Stanley Cup Playoff games, a total he’s set to increase starting on Monday with Game 1 versus Edmonton.

As documented via a terrific ceremony yesterday, Brown announced that the 2022 postseason will be his last as a player, as the Ithaca, NY native is set to head on into retirement from the NHL after the season comes to a close. Brown has been to the top of the mountain. He’s missed the postseason in each of the last three seasons. His first six seasons as a professional saw him amass zero playoff games at the NHL level. From 2012-14, no player around the NHL appeared in more playoff games.

Now, as one of the veteran leaders of a new group, a mix of young and old, Brown is set to return to the postseason for one last chance at playing meaningful, playoff hockey games.

“What’s exciting about the closing chapter of my story as a player is that I get to share the experience of the playoffs with this group,” Brown said. “Wherever the coming weeks take us, I can end my coming weeks playing games that matter.”

After the final game of the regular season, Head Coach Todd McLellan and team captain Anze Kopitar called Brown’s last dance something that the Kings can perhaps rally behind. Kopitar talked about how the Kings will give everything they’ve got into a postseason run, with Brown at the forefront of that. McLellan echoed similar thoughts.

“It gives us something to rally behind and they can grab onto it,” McLellan said. “There’s a story behind teams that go on runs, there’s a motivating element to it and maybe we’ve found ours before we even start. I know the group will want to play for him and with him and we’ll see where the journey takes us.”

Brown was asked a similar question yesterday – is the 2022 postseason a “win one for Brownie” situation.

Brown answered in a way that only a true leader would, a way that shows he’s been there before, which he certainly has. A two-time cup champion, another appearance in the Western Conference Finals and seven trips to the postseason in total, with number eight to begin on Monday. The Kings are playing for Brown, but that’s as a teammate, a brother if you will, not just as a farewell moment. That’s how success is found at this time of the year.

“I’ll tell them that they are playing for me, but not only for me, but for the guy next to them,” he said. “And that’s, I guess, I’m just the guy next to them. That’s the way I’ve always looked at it. We all have our different roles, we all have different attributes that we bring, and yeah this might be my last run but you don’t play for one person, you just play for the group.”

Brown recalled back to how championships were won here in Los Angeles back in 2012 and 2014.

He was the first member of the Kings organization to touch the Stanley Cup in a Kings sweater, as a part of teams that won it all twice. It was never about any one individual, but rather about the collective group. It wasn’t about a rallying cry for one, but a rallying cry for all. That’s a message Brown hopes can resonate with this group exactly ten years after the 2012 championship team.

“That’s how we won two championships here,” he said. “Look around, there wasn’t one guy we rallied behind it was, let’s rally around all of us. That’s what it’s about this time of year I think.” 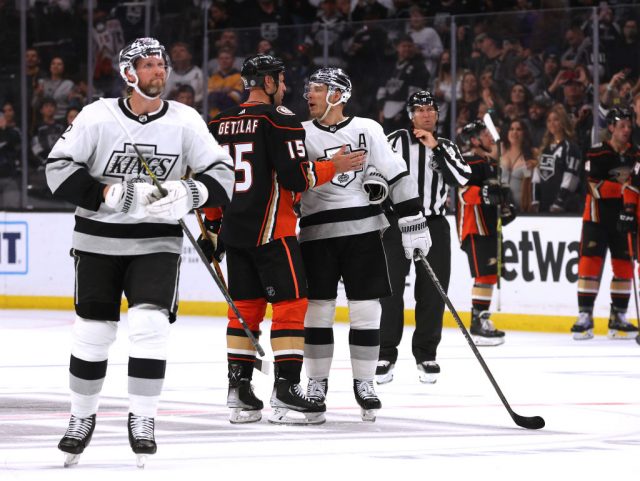 All too frequently, when you see moments like we’ve seen for Brown over the last 48 hours, it might be the end of the road for an individual. We saw it just across with freeway with Ryan Getzlaf, who had a terrific send off of his own, but still, a player you’d love to have seen go out in the postseason. Not always how it works, though. The last game of the regular season for 16 of the 32 teams in the NHL is the last meaningful game those teams will play until October. Many times, you get a great moment, but that moment is the finality. For Brown, however, he’s moving on to the real deal, 16 wins shy of glory.

“He said it himself, he’s thankful for this opportunity to be able to go into the postseason and go out swinging, not just having a last regular-season game and that’s it,” Kopitar said. “We’ll pour everything we have into this playoff run and see where it takes us. He’s built for this.”

Built for this he is.

As the Kings now get set for postseason preparation, which continues later on today with the team’s first practice since the regular season ended, it’s about team from here on out, with Brown certainly a key part in that.

When the games change from the scheduled 82 to the scheduled 7, having players with experience in those moments, those situations, is crucial. Only Luc Robitaille and Dave Taylor have played more postseason contests with the organization than Brown’s 85. Only Robitaille has buried more game-winning goals.

The Kings have six players on their active roster that have played their way through the playoff gauntlet and reached the Stanley Cup Final, with Brown naturally one of those six. That experience is vital at this time of the year, with those who know what the journey entails helping to pave the way for those who have yet to experience it. For Brown, it’s one last go down the path.

“The good thing for Dustin is that it doesn’t end, he’s still got one more run at the playoffs here,” McLellan added. “We’re all excited about putting the equipment on and playing with him in the playoffs.”

The Kings are set to take the ice again here in an hour or so in El Segundo, where we’ll get our first glimpse at what the Game 1 lineup might look like. That’s the focus from here on out from Brown’s point of view, who will likely open on a line with Blake Lizotte and Alex Iafallo, exactly where he’s been as the Kings posted a 5-0-1 record down the stretch to solidify a playoff berth.

Yesterday’s ceremony presented a glimpse into the future, a glimpse into what is to come. And there’s certainly time for that down the road, with Brown likely staying here in the Los Angeles area and possessing the package of abilities to do just about anything he wants to do when the time comes. But that’s a story for another day. The story for today – We’re on to Edmonton. 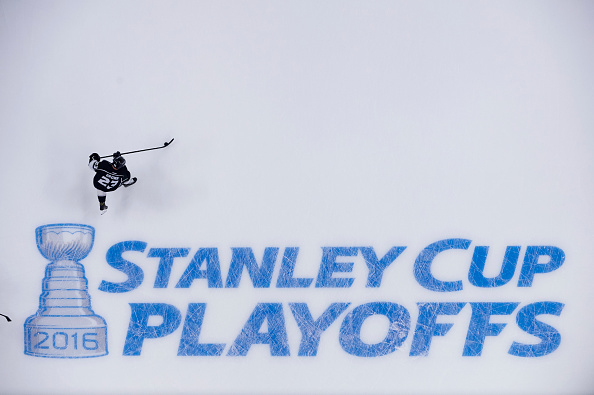