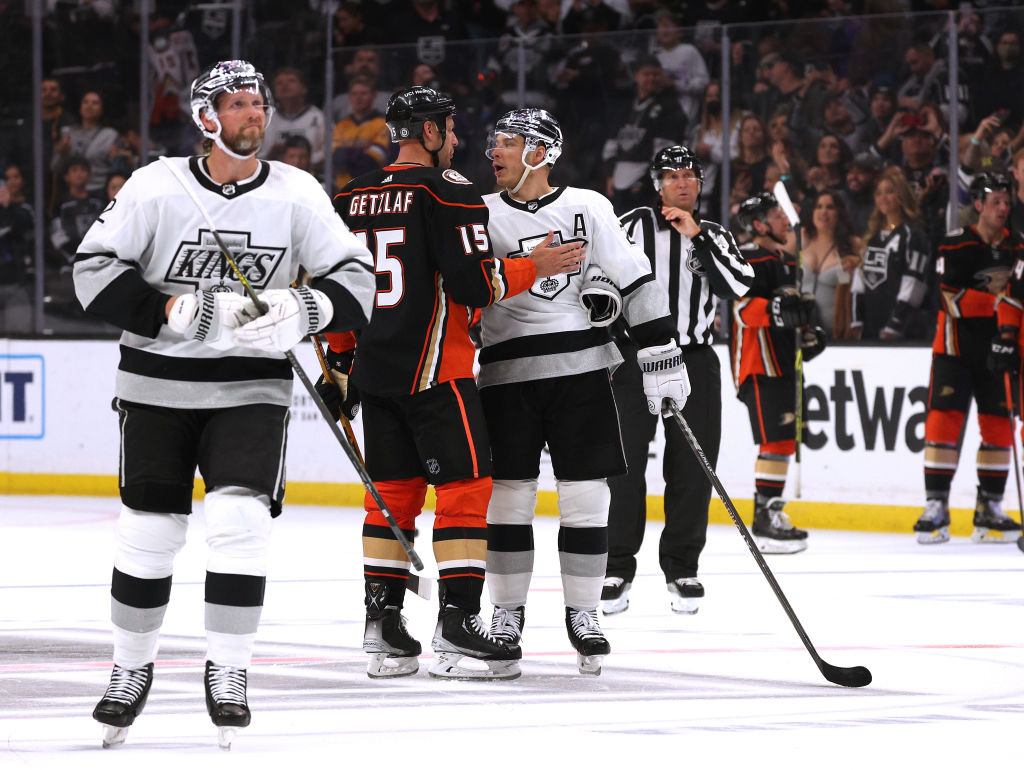 Last season, as the scheduled 56 games came to a close and the postseason came into focus, many teams experienced a change. As restrictions lifted around the NHL, more and more teams were permitted to host crowds of at or near full capacity during postseason play.

The Kings got a small taste of fans over their last handful of games, with a few thousand permitted to attend games in Los Angeles, with as high as a half-capacity crowd in a few selected road games down the stretch. It wasn’t quite the same though. As other teams felt normal again, it wasn’t until Opening Night that the Kings could play in a building where every seat was available to sit in.

“For us, our crowd has been really good from day one on,” Head Coach Todd McLellan said. “Last year, we didn’t have a crowd. A lot of these teams that went on to play later in the season played in front of full crowds, we were done early, so it’s nice to get that energy behind us.”

Last night, the third consecutive sellout at Crypto.com Arena, the Kings expressed their appreciation for their fans one last time during the regular season. The ultimate appreciation, however, came through their play, a performance that brought them within one victory, or two points, of securing their first playoff berth since 2018.

McLellan was asked to address the fans after the game, citing a few COVID-related situations in the organization, with the Head Coach taking the mic deemed the “safest” approach to thanking everyone in attendance. His message was short and sweet, pointing to the appreciation of having a full crowd this season, as well the hope of having one beyond last night’s regular-season finale.

“For all of the fans that are here, on behalf of all of the players, the staff, the entire organization, I want to thank you for the support throughout the pandemic,” McLellan said over the PA system, from the Kings bench. “There were nights when the building was empty, but we still felt you and the support this year, having you back in the arena, the sixth man on the ice night after night, we feel it now and we hope that we can feel it a couple weeks from now.”

Those last 12 words certainly provided a bright glimmer of carrying the support into the playoffs.

At the beginning of the week, after the Columbus game, Phillip Danault pointed out that the fan support could be an X-Factor for the Kings in their pursuit of a playoff berth. The Kings just two winning streaks of three straight home games entering the week, but turned that two into a three with wins over Columbus, Chicago and Anaheim over the last eight days. With two sellouts entering the week, all three games were announced as such, with a notably engaged atmosphere spurring on those on the ice.

“It was awesome, you need the crowd there and [Saturday] it was awesome,” Danault said. “It was the best one of the year, they were into it and we need them big time for the next couple of games at home. It might be a turning point for us to make the playoffs.”

The Kings have been a more successful road team this season as opposed to a home team. There’s no rhyme or reason as to why, with players and coaches alike never really having any kind of an answer to the question. Not that there would be one, either.

The Kings are the only team currently in a playoff spot in the Western Conference with more wins away than at home, though if you ask the team, they feel better playing in their own building than anywhere else. That feeling, at the most important time of the year, translated into wins, with the hope of continuing that streak in a playoff series.

“I think, overall, we’ve been a better road team, but we feel like every time we play at home, we have the support from [the fans],” forward Adrian Kempe said. “The last couple of weeks have been great, the building’s really been packed, it’s a great support and it’s really fun to play in front of them. Last game was really loud, really fun to play. It’s going to be a big factor and we’ve got to keep the home momentum going.”

Last night’s game also offered an appreciation for one of the organization’s longest and truest rivals in Ryan Getzlaf.

The Kings offered Getzlaf a tribute during the first period, where he was honored with a video on the jumbotron and given a nice ovation from the crowd in Los Angeles. Following the game, everyone on the Kings (who wasn’t kicked out of the game at that point!) offered Getzlaf a handshake or a short conversation, especially notable with the trio of Anze Kopitar, Dustin Brown and Jonathan Quick, who have played substantially over the years.

Brown and Getzlaf, both members of the famed 2003 NHL Draft Class, have squared off 82 times in their careers, with Bally Sports West noting that as an active record.

“He’s not out yet, but we’re done with him and in some sense that’s a good thing, because he’s a nemesis to our club here, but we’ll also miss him, because he does a lot for the game and the game in Southern California in particular,” McLellan said after the game. “To have that in a rival, I thought it was appropriate that Quickie, Kopi and Brownie had their moments with Getzy because they’ve been going at it for a lot of years.”

Speaking with Quinton Byfield, he noted that he and Arthur Kaliyev were sent down the tunnel, and didn’t get to talk with Getzlaf after the game, though he wished he could have.

Byfield shared a nice story about how his first faceoff in the NHL was against Anaheim and Getzlaf specifically, with the veteran going out of his way to welcome Byfield to the NHL, noting how kind he was in that moment, despite the heat of battle. A player Byfield believes he “has a lot to learn from” and, as a fellow, big-bodied centerman, is someone to model parts of his game after moving forward.

Both Kopitar and Kempe spoke highly of Getzlaf in the days leading into the game, highlighting his career accomplishments and successes since he broke into the league during the 2005-06 season. 85 regular-season games against the Kings later, that chapter of his career has come to an end, with the longtime Anaheim captain set to play his final career NHL game this evening at home.

It's been an honor, Getz. pic.twitter.com/ag02YlsLtP

An off day today for the Kings, Insiders! The team is set to return to the ice tomorrow at 11 AM and we’ll know by the end of the night if that practice will be as a team locked into a playoff spot, or a team still 1-2 points shy. All eyes on Vegas versus San Jose until we get to tomorrow’s skate!

By Zach Dooley
540 Comments
Off the Ice