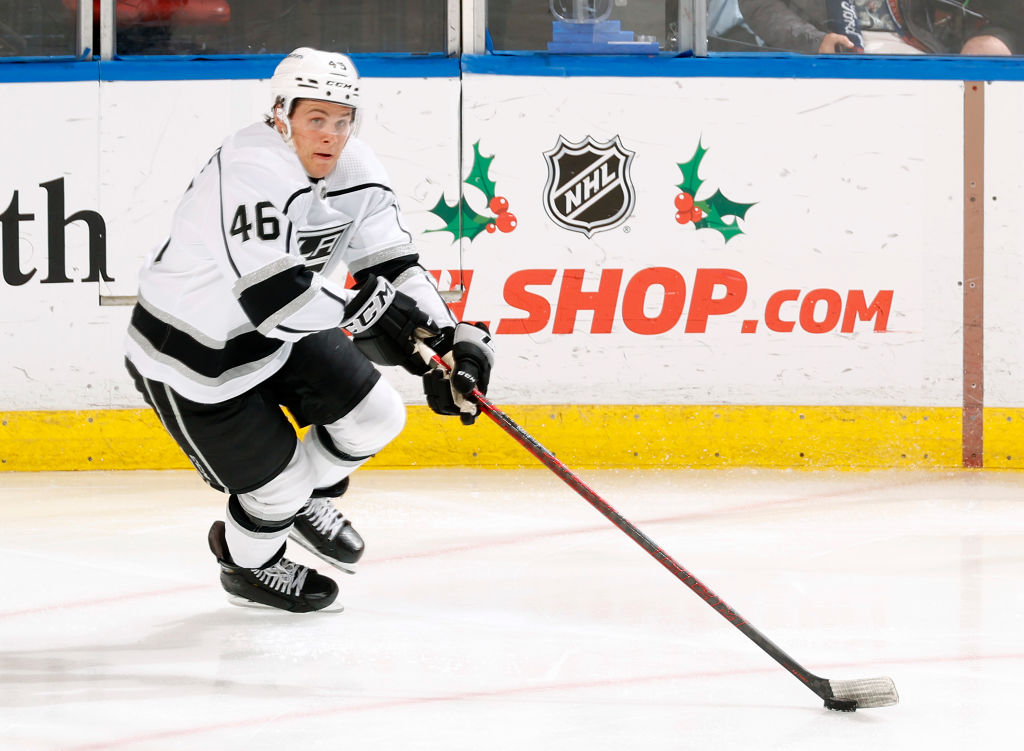 Was there a more quintessential Blake Lizotte moment than last night’s shorthanded goal, to celebrate his contract extension?

Skating ability to go the length of the ice a man down, willpower to work his way into a good area of the ice, more physical than he looks to shield off his defender and playmaking ability to set up Trevor Moore for the goal.

“He did literally everything on that play,” Moore said. “He went hashmark to hashmark, held that guy on his hip and then the D just jumped over to him. Great play by Lizzo……he does those kinds of things all the time. He’s a super important player for us, he can do literally anything asked of him.”

Lizotte marked a commitment for both player and team with a big moment in the largest margin of victory the Kings have had this season.

While yesterday’s game was marked with an assist, it’s always been about more than just those hard numbers to measure the impact and effectiveness that Lizotte brings. The undersized center contributes several ways each and every night, with last night’s contribution on the scoresheet a nice addition.

“Goals, assists, points, so many players evaluate themselves on that and I think Lizzo takes great pride in those, but he has an impact without being on the scoreboard,” Todd McLellan said. “He’s the little engine, he drags a lot of players into the game, he drags our team into the game. I don’t think he cheats anybody in the organization, whether it’s on the ice or off the ice, and those are good players to have in black and silver.”

This season has marked a defined role for Lizotte for the first time in his professional career.

With a franchise in flux in terms of personnel, Lizotte was not able to ever have a cemented role within the lineup. He centered various lines, with various players, on teams that contended for the draft lottery as opposed to the postseason. That all changed this fall, as Lizotte affirmed his status as the team’s fourth-line center on a game in, game out basis.

He entered this season as an unknown in terms of his role moving forward. As General Manager Rob Blake said on Monday, that’s no longer the case.

“I think he’s really defined himself this year,” Blake said. “That line was very productive when healthy for us and kind of drove the engine of the team, as Todd likes to say. It was nice to get him rewarded and get him signed.”

The contract was a validating moment for a player who doesn’t necessarily need it, but one that felt good nonetheless. Lizotte gets a long-term commitment from the organization that first took a chance on him and the Kings get a player who wants to be here and brings the qualities that are valued throughout the team.

“It’s validation, and I think any time you get validated for the work you do, it’s a good feeling,” Lizotte said of his contract. “I’ve always known what I bring to the table and it’s nice that other people see that as well. It’s a good feeling.” 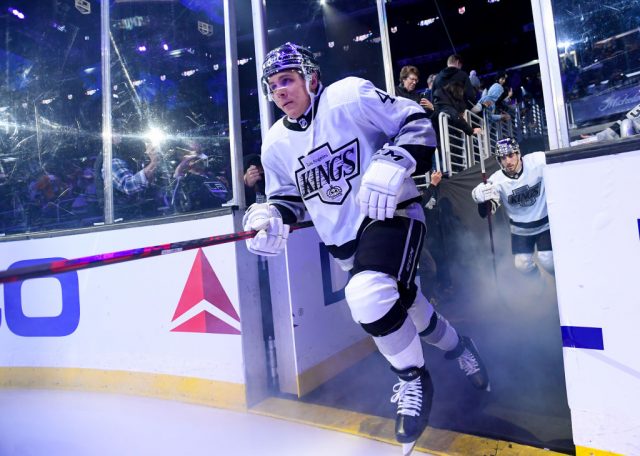 LOS ANGELES, CA – FEBRUARY 15: Blake Lizotte #46 of the Los Angeles Kings takes the ice prior to the game against the Edmonton Oilers at Crypto.com Arena on February 15, 2022 in Los Angeles, California. (Photo by Juan Ocampo/NHLI via Getty Images)

As an undrafted free agent, Lizotte’s path to a permanent location on an NHL roster was never guaranteed.

During his draft year, Lizotte said he was on the back nine of a golf course on draft day. He knew he wasn’t going to be selected, but never let that deter him from pursuing his ultimate goal.

“When the draft rolled around, I was 5-6, 130 pounds, people were telling me there was no way,” he said. “I had skill, sure, but people told me no way, had I just given up and listened to other people’s opinions, I don’t think I would be here today.”

Lizotte never did listen. He kept on believing and he kept on working.

After an impressive two seasons of collegiate hockey at St. Cloud State, he made his Kings debut shortly after signing his NHL contract. He came to his first training camp on the outside of the roster picture looking in, but worked his way to a job in the NHL. He’s only played one game in the AHL in his career and it came on an injury rehab stint.

“From that first day on, he continued to prove to us that he was going to hound pucks and be effective that way,” McLellan said. “We understood that he was small and was probably going to get knocked down a lot. I think there’s a lot of people who talk about how he gets knocked down, but we point out how fast he gets up, and there’s value in that. He just kept earning everybody’s respect and that’s allowed him to stay here.”

The Kings have found success with players of Lizotte’s ilk, meaning undrafted free agents from the NCAA ranks. Lizotte has become a success story, following in the shoes of teammate Alex Iafallo and Sean Walker before him. That path is one for others to follow, with Lizotte’s characteristics things that others with a different status can learn from.

“A player that wasn’t drafted first overall, a player that went to school and scrapped his way through, that accepted the challenge of coming here, he had other opportunities but he chose the Kings,” McLellan said. “The development team giving him an opportunity to grow here, it’s a pretty good story for us and for others who want to join us. Now, there are players who got picked or drafted who need to pay attention to that a little bit.”

Now, Lizotte has gone from an exciting story and an energetic and effective player.

Lizotte brings those traits every day, whether in practice or a game, that makes everyone around him better.

“You talk about perseverance, grit, tenacity, those to me are traits that snowball into other players and everyone’s game,” he said. “When you get a handful of guys that play with tenacity and grit, turn pucks over, play with 100 percent intensity, it kind of forces the rest of the group to play that way, because you look bad if you’re not giving 100 percent and the three guys next to you are giving it all. I think, for me, it’s always been that type of way and that’s how I’ve gained value at every level and succeeded at every level.”

For a player like Lizotte, there are no days off.

That includes practices, games and days in the gym. The Minnesota native approaches every day like it’s his last at the NHL level and it’s that mindset has propelled both him – and the Kings – to success

“He plays and practices every day like it’s his last in the NHL and there’s something to be said for that,” McLellan said. “If we all approached it that way, coaching staff included, I think we’d all be 1-2 percent better than we are.” 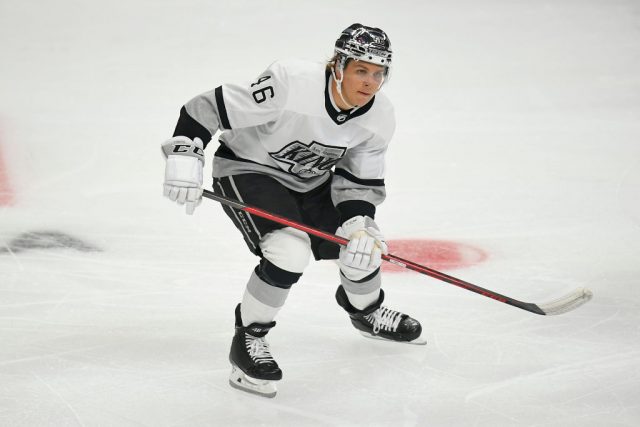