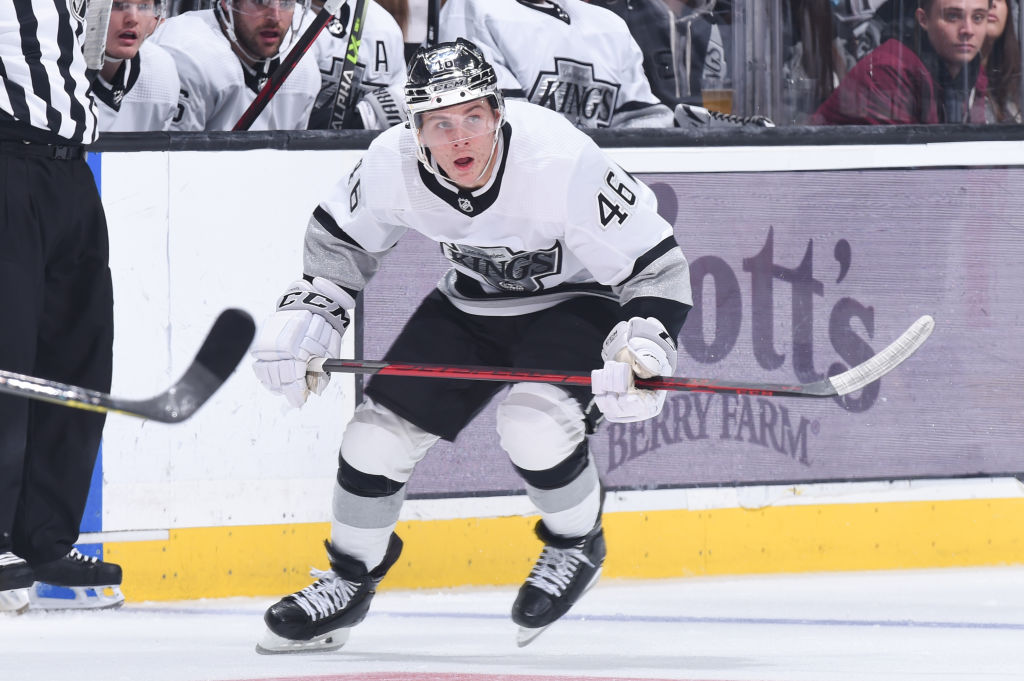 The LA Kings have announced a two-year contract extension for forward Blake Lizotte. Lizotte’s extension carries an AAV of $1,675,000, tying him to the organization through the end of the 2023-24 season.

Instant Analysis – A good fit between player and team is extended. Blake Lizotte really found a home this season centering an effective fourth line, with contributions on the penalty kill and an ability to chip in offensively as well. Lizotte is a player who has embraced his role with the team, accepting what is asked of him and being the “captain” of his line per Todd McLellan, helping to drive play through his never-say-no mentality. A terrific season so far for Lizotte and a well-deserved extension.

Season In Review – Lizotte has posted 17 points (8-9-17) this season as a regular at the 4C position. Lizotte has a motor that rarely stops, providing tenacity, energy and responsible play on a game-to-game basis. As other lines have come and gone, the trio of Blake Lizotte, Brendan Lemieux and Arthur Kaliyev was a consistent staple when all three players were healthy, at one point playing more time together than any other trio.

What They Said –
Todd McLellan on Blake Lizotte –

“For [Lizotte], I think he’s talking about will, he wills himself into the fight each night. When he’s going well, and Lemieux and Arty are going well, they pull everybody into the game. When they’re not going well, we miss them, that’s how important they’ve become.”

“I thought that Lizzo was outstanding, and he has been basically all season. He’s getting rewarded more and more with offense, he drives a line regardless of who he plays with, gives us some good penalty killing, he was rewarded with some ice time in overtime tonight. Smart play, he used the defenseman as a screen, a little bit of a hesitation move and a good shot. He had to beat a good goaltender, so he used what he could and he put it in.”

The LA Kings have signed forward Blake Lizotte to a two-year contract extension worth an average annual value (AAV) of $1,675,000 through the 2023-24 season.

Lizotte, 24, has posted 17 points (8-9=17) and a plus-10 rating in 58 games this season. The eight goals and plus-10 rating are both career-highs. He also has a career-high 54.49 faceoff percentage this season, second best on the team. He is tied for the team-lead in shorthanded points (2) and tied for third in shorthanded goals (1). He also scored his first career game-winning goal earlier this year on Jan. 10 against the New York Rangers.

The Lindstrom, Minn. native was signed by the Kings as an undrafted free agent on April 2, 2019, after two seasons with St. Cloud State University (NCAA). Over his two seasons with St. Cloud State University, he appeared in 76 games posting 69 points (22-47=69) and a plus-44 rating. He helped lead the Huskies to consecutive NCHC regular-season titles and the top overall seed in the nation during the 2017-18 and 2018-19 season.