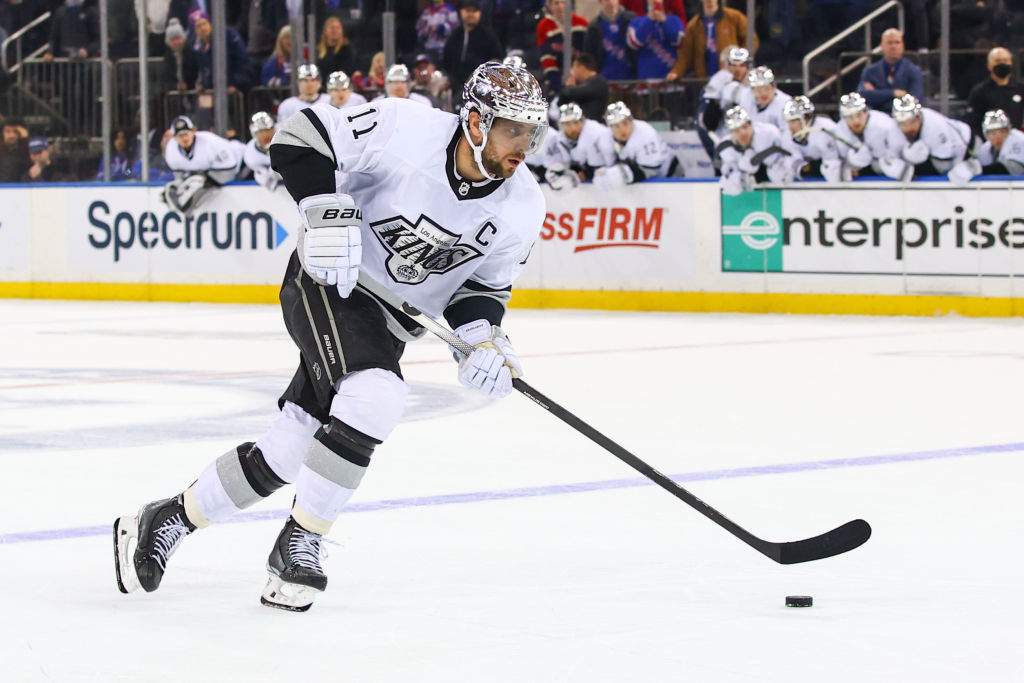 I found Anze Kopitar’s post-game comments after the 3-2 shootout loss in New York to be quite relatable, for three reasons.

1. He used the word “bittersweet”, which I felt was accurate. Honestly, I thought the Kings played quite well last night against the Rangers. They checked extremely hard, they frustrated a very good opponent for much of the night and they battled their way back in a tough building to carry a lead late into the third period. The flip side though is that they picked up one point in the standings instead of two.

It’s a point you’ll take, one you’re probably even happy with, when considering the circumstances. On the road, second half of a back-to-back, facing off against a division leader. You’d have taken that going in. Every point is important and I think bittersweet is the perfect word, because that applies both to the point gained and the point not gained. There’s the satisfaction of a point well-earned and also the disappointment to not get two from a really strong effort.

2. Kopitar was asked about his overall takeaways from the first weekend of a long trip. He said, candidly, that if the results were reversed, with the Kings getting two last night after one the night before, he’d have been quite a lot happier coming to his post-game interview. And that’s relatable, isn’t it?

There’s a lot of ways to reach the same point total and in this league, the court of public opinion only seems to care about your last result, especially when that last result is a loss. Flashback to last season – On opening weekend, the Kings blew leads in the third period of their first two games of the season, losing both in overtime. That’s two points. Opening weekend this year? A commanding, 6-2 win over Vegas and a hard-fought 3-2 defeat against Minnesota. That’s also two points. The reactions, though, were not equitable, even though the standings were.

That, to me, is where Kopitar was coming from. I don’t think anyone was disappointed with last night’s effort, but man would it have felt good coming out to see that effort rewarded with the two points it might have deserved.

3. He said that if the Kings can get three of four points from every pair of road games they’d be awfully happy with the trip. Right you are, Anze. There’s a famous saying in World Cup Qualifying in soccer – draw your road games, win your home games. You do that, you make the dance. Hockey isn’t the same, with 82 games on the calendar, but if you can collect three of four points on a back-to-back on the road, that’s a pretty darn good recipe for success. As the Kings progress towards a playoff race, three of four in situations like the last 48 hours gets you to the dance. And that’s the ultimate goal. 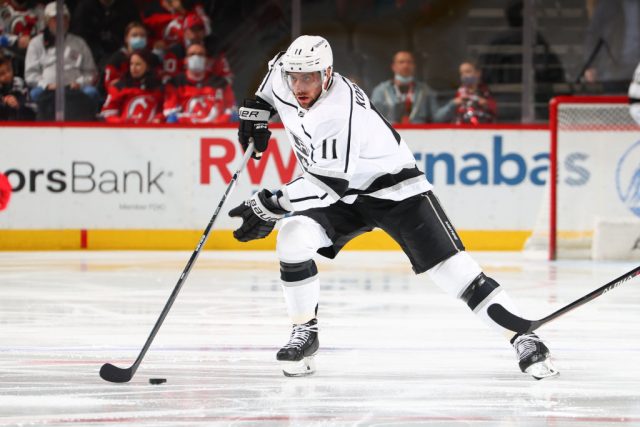 Perhaps most importantly, from the way the Kings played against the Devils and Rangers, was a return to LA Kings hockey, a return to identity. The Kings weren’t perfect in New Jersey, especially early, but found a way to battle back and shut the door when needed. They couldn’t have come out of the gate much better in New York. The Kings allowed, what, one shot on goal until the major penalty late in the first period?

The Kings made life difficult on the opposition, frustrating them not only in the defensive zone, but exiting the offensive zone and passing through the neutral zone. When the Rangers did gain the attacking end, there were bodies in shooting lanes and sticks in passing lanes, blocking shots and deflecting passes. We saw elements of what has made the Kings successful this season, the way they’ve won hockey games, and that was a very good sign.

What was perhaps most impressive for the Kings was how they closed out each of the games in regulation. I say regulation because a six-round shootout is essentially an NFL overtime – a coin flip.

On Sunday against the Devils, how many times over the last few years have we seen that game go into overtime? Heck, it happened when the Kings and Devils met in Los Angeles, with a late New Jersey goal with the extra attacker forcing OT, a game the Kings did recover to win, but one they should have closed out in the scheduled 60. Down the stretch, the Kings applied the right amount of pressure without overcommitting and closed out an important win to snap a three-game skid.

On Monday in New, York, the Kings took a penalty with less than 90 seconds to play, setting up a crucial stage for a penalty kill unit that has struggled immensely this month. The Kings had already conceded once on the PK and with more than a minute to kill against a PP unit with elite, offensive talent, the point was far from guaranteed. That unit rose to the challenge, forcing overtime, completing the kill and giving the Kings a chance in the extra session and the shootout.

Today is a good day to reflect on the last two games as they were. With two days between yesterday’s matchup with the Rangers and Thursday’s against the Islanders, the Kings have ample opportunity to rest, recover and recharge. That’s what we’ll all do, and we’ll need it, with this 13-day monster of a roadtrip and four games still remaining.

On a personal note, last night’s game was an exciting one. I went to college about an hour and a half north of New York City, in Poughkeepsie, NY. In those days it was buy the cheapest ticket in the nosebleeds, take the Metro North into the city and walk over the Garden. A street vendor hot dog on the way in and a street vendor pretzel with deli-style mustard on the way out. Little bit of a difference experience last night, walking about with Daryl Evans pre-game might as well have been the Statue of Liberty with how often he was recognized on the concourse.

A fun night, a good performance and a hard-earned result.

Insiders, the Kings are off today, though we may just surprise with another story later on today. We’ll see how the wind blows, which here seems to change street to street. The trip continues tomorrow on Long Island, before heading to Pennsylvania for two and finally Detroit to conclude things next week. Much more to come from the East Coast!