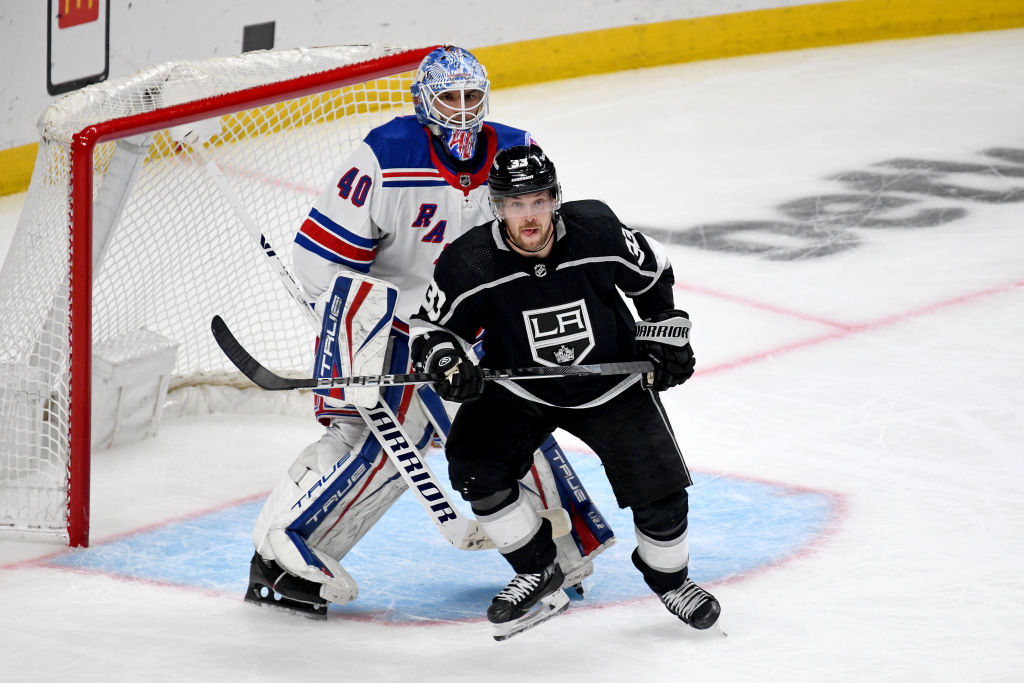 The LA Kings skated to a 3-1 victory over the New York Rangers on Monday evening at Crypto.com Arena, pushing their record to 4-2-0 on their current seven-game homestand.

After a scoreless opening 20 minutes, the Kings jumped out to a 2-0 lead with two goals early in the second period, both created off of second-chance opportunities, to open the scoring.

Less than a minute into the second period, following a Moore partial breakaway, forward Phillip Danault drove the net and swatted home the rebound on the backhand for his second in as many games. Just under three minutes later, another Moore rebound generated a goal as Blake Lizotte drove the net, kicked a rebound to his stick and slotted it home for his fourth goal of the season.

The Rangers pulled a goal back just past the halfway mark of the third period, as Mike Zibanejad got the visitors on the board. Forward Filip Chytil sent a shot through from above the circles, with Zibanejad getting a deflection from just outside the crease to pull the Rangers within a goal.

The Kings iced the game late with an empty-net tally, from Kempe, to bring us to the final of 3-1.

The lines are buying in!!

The Kings are not scheduled to skate tomorrow. The team is set to return to the ice on Wednesday at 11 AM at Toyota Sports Performance Center.