One man’s COVID Protocol is another man’s opportunity? 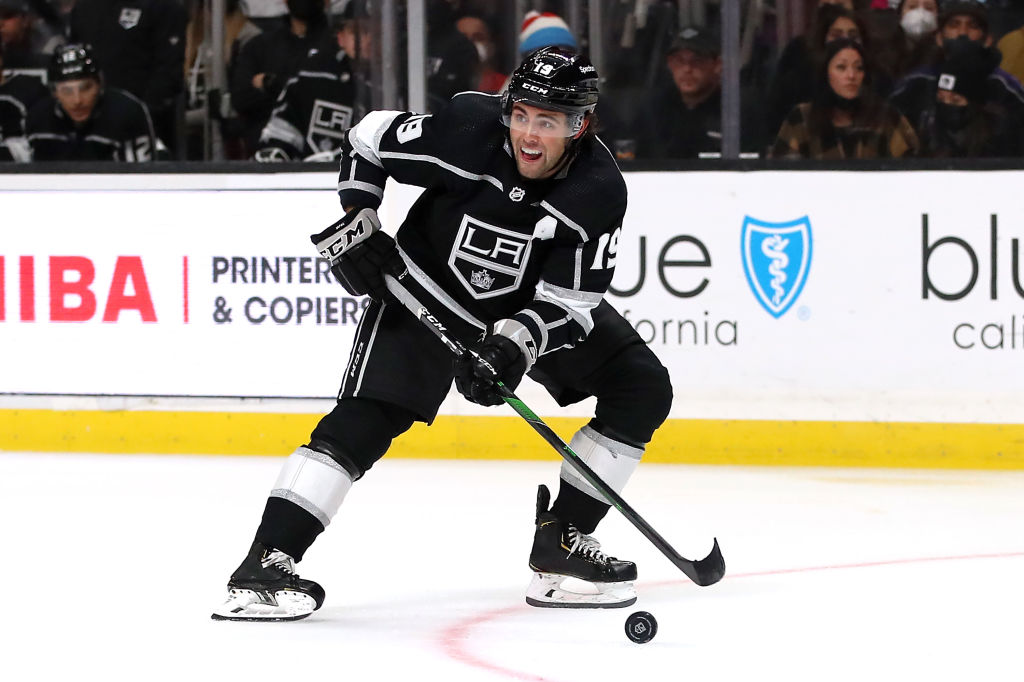 As the saying goes, one man’s COVID Protocol is another man’s treasure.

The LA Kings season thus far has been plagued by lineup absences and the need for other players to step in and step up in their place. Now, this is not a storyline unique to the Kings. Every team around the league is dealing with COVID Protocol this season, with superstars and depth players alike missing time all throughout the NHL, forcing teams to adapt and adjust.

The Kings have certainly been hit harder as of late, however, with the total number of Kings players who have spent time on that list rising to eight over the last 18 days. Yesterday, it was the Alexes – Iafallo and Turcotte – who missed practice due to COVID Protocol. The Kings have had 13 players enter into protocol at one time or another this season, with 150 man-games lost already due to injuries and protocols.

Iafallo and Turcotte join an ever-growing list that has, at various times, consisted of usual top-six forwards Dustin Brown and Phillip Danault, as well as number-one defenseman Drew Doughty. Goaltender Cal Petersen, defenseman Olli Maatta and top prospect Quinton Byfield have also missed time due to COVID-related absences over the last couple weeks. That’s not even including the group of five forwards – Andreas Athanasiou, Viktor Arvidsson, Brendan Lemieux, Blake Lizotte and Gabriel Vilardi – who entered protocol earlier at various times earlier in the season, or those at the AHL level who were also impacted, with the Ontario Reign short-staffed in games both before and after the holiday break.

The trio of Brown, Maatta and Petersen are all expected to be options for the team once again by Thursday’s game against Nashville. Petersen resumed skating the morning of December 28th, though the Kings have taken their time getting him back up to speed, riding the red-hot Jonathan Quick in the interim. Brown and Maatta skated for the first time this calendar year yesterday, staying late for extra work as they ramp up their own conditioning.

On Thursday’s lineup card, that trio will likely not be joined by Iafallo and Turcotte, however, which closes one door and opens yet another, which is seemingly just how things have gone around the league so far this season. The blow is especially tough for Turcotte, who just earlier this season saw a callup opportunity taken away by an untimely injury. Now, just three games into his NHL career, Turcotte is sidelined once again by circumstances outside of his control.

Organizationally, the Kings have yet to make an official move to replace either player at this time. With several young centers available, the Kings have the resources to fill in for Turcotte, with Rasmus Kupari able to slide back into the middle and individuals like Lias Andersson ready to check-in, as well as Jaret Anderson-Dolan and the aforementioned Byfield at the AHL level.

Replacing Iafallo’s contributions is trickier, considering the role he plays. Iafallo had formed a dynamic duo with Danault on the team’s second line for much of the season, though Brown’s absence pushed Iafallo back with his running mate from the last three seasons in Kopitar. Opportunity presented itself for Trevor Moore in Iafallo’s usual spot, with Moore responding with the first four-point night of his NHL career on Saturday against Philadelphia.

That’s been the theme here. Protocol presents opportunity. As the great Herb Brooks once said, great moments are born from great opportunity. For some within the organization, that’s what they’ve had here over the last couple of weeks, and what they may have once again moving forward.

When Cal Petersen was placed in protocol, it was Garret Sparks who seized the opportunity, as he earned his first victory in a Kings jersey, on an emotional night in Washington. With Doughty out, Sean Durzi set his career-high in time on ice twice in a three-game span, providing minutes well beyond what you’d normally expect to see from a player now 15 games into his NHL career.

The opportunity hasn’t just been trickle-down opportunity either. With Danault missing the game in Washington, Anze Kopitar played more than 24 minutes for the first time this season, featuring prominently in a comeback win. In Danault’s first game back, against Vancouver, as he re-acclimated to the NHL, Kopitar played more than 26 minutes, something he had done just four times from 2015-21.

Now, opportunity strikes again for the Kings, as a key player in Iafallo and a top prospect in Turcotte will likely be required to sit out for at least Thursday’s game versus Nashville.

Last season, this team would have been less prepared to handle the loss of Doughty, or Danault, or Iafallo, for an extended absence, related to either protocols or injury. That’s not to mention the man-games lost through Alex Edler and Sean Walker, who each have long-term, lower-body injuries. The depth throughout the organization last season was less suited to overcome the absences of several key players, even if just for a couple of weeks at a time.

The fact that the Kings have gone 4-2-0 since December 15, the date that Doughty was added into protocol, has been impressive. The fact that two of those wins came against divisional leaders, one by points and one by percentage, is even more impressive.

The question now is who is that next man up? With Brown and Maatta on track to return to the lineup, the Kings now have 19 healthy skaters on their NHL roster, with 12 forwards and seven defensemen. With individuals knocking on the door at the AHL level, including seven forwards with games with the Kings to their name, several are ready for their own opportunity.

Expecting to see at least some form of roster movement between now and Thursday’s game. Certainly an exciting storyline to watch as we progress throughout the week.

By Zach Dooley
100 Comments
Behind the Scenes