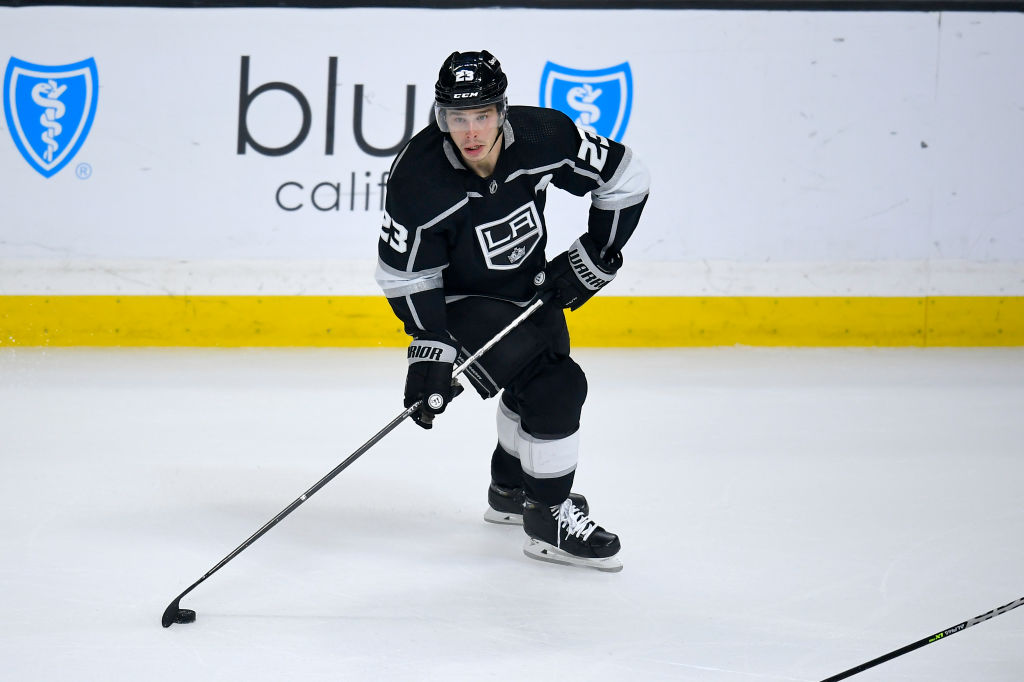 The LA Kings were back on the ice this morning at Toyota Sports Performance Center, beginning a day of three consecutive practices before Thursday’s game versus Nashville.

Following Saturday’s win over Vancouver, Todd McLellan talked about the team earning a day off, which was yesterday, as well as the importance of now having three consecutive practice days to take the group on a systems re-evaluation of sorts.

A day off can do a lot of things for a group, and a lot of times it depends on the schedule surrounding it. In this case, with no games until Thursday, McLellan felt the group had a chance to step away, recharge their energy levels, and then as they came back today it was time to re-engage for the task ahead.

“They earned the day off and hopefully they all got their energy recharged, now it’s time to engage again,” McLellan said. “If we were playing today or tomorrow, I think they’d be there. We kept it short, we kept it to the point, we didn’t over-do it. Tomorrow, we’ll get a little bit more in and try to ramp it up as the week goes on.”

While Thursday’s win over Vancouver was impressive, McLellan felt that Saturday’s win over Philadelphia saw some “bad habits” creep into his team’s game. He added that he was looking forward to these three straight days of practice to review larger concepts and systems, as well as the why and how behind them.

That process started today for the Kings, but it’s something that will likely continue over the next two days of practice as well. A good time to do it, with no more than two days in between games on the schedule from now through the break that was originally set for the Olympics. The Kings, as of this writing, still have no games between February 2 and February 23, though that feels likely to change with three games needing to be rescheduled.

Today’s skate was the first of three as the team works towards getting those finer points fine-tuned once again.

“We’d like to use these three days to get some of the areas of our game back in order,” McLellan said today. “I wouldn’t call it a mini training camp, it wasn’t a physically taxing day for the players, but a lot of positional stuff, a lot of instruction on areas we were maybe making mistakes in, and why we’re making them. Quick work on that, just fix these areas of our play, blow the whistle and then go and do it again.”

As most days do, today’s practice was a combination of both on-ice and off-ice learning. McLellan shared that today’s plan was to have things flow from the video session through the on-ice execution. Hear it, see it, do it.

“Everybody learns differently – Verbally, visually, feel touch and we tried to put as many of those senses [as we could] into play today,” McLellan said. “We talked about it, we watched it, we went and practiced it and hopefully it will help up.”

Dustin Brown and Olli Maatta DID practice today, so LAK had 18 skaters and 2 goaltenders on the ice. https://t.co/qPWai6lMAc

The Kings welcomed back forward Dustin Brown and defenseman Olli Maatta to the mix today, with both players able to rejoin the group after they were placed in COVID Protocol on December 26. Brown and Maatta were beneficiaries of the league’s modified protocol rules, allowing them to return to action earlier than they would have, were the protocols still as they were as the day they entered in.

Both men are also recipients of a well-timed return, getting three straight practice days to build back their strength, conditioning and endurance before returning to game action. Brown and Maatta, along with Cal Petersen, were on the ice the latest today that group targets a return to game action later this week.

“Yeah, that certainly helps,” McLellan said, of getting the players back before three practice days. “When you look at the effects that it had on maybe Drew and Phil coming back, without a lot of work, it’s good to have a few extra skates and it looks like we’re going to need them with how numbers are.”

Logistically, both Brown and Maatta remain in COVID Protocol from an on-paper standpoint, with a grace period for returning to the ice for conditioning. Both players will need to be officially activated by Thursday to play against Nashville…..but man are we a long way away from then!

On the other side of the coin, the Kings lost forwards Alex Iafallo and Alex Turcotte to COVID Protocol, with neither player taking today’s practice. Both players will now be subject to the aforementioned modified guidelines, which will likely keep them out of the lineup for at least one game, perhaps two, depending on exactly how it plays out.

Additionally, defenseman Sean Durzi did not skate today with a “non-COVID illness”. McLellan likened the absence to essentially be just a maintenance day and I am expecting to see him back with the full group tomorrow.

With Brown and Maatta back in the mix, here’s how the Kings aligned this morning –

Moore Stability
One constant from Saturday’s win over Philadelphia to this morning’s practice was the second line, with Phillip Danault centering Trevor Moore on the left and Viktor Arvidsson on the right.

And how could you expect anything different, right? Moore and Arvidsson each had four points versus the Flyers, while Danault added three. Despite a few different forms, with guys in and out, the team’s number two offensive unit has been pretty consistent this season, with Moore clicking in that spot right now on the left side. When healthy, that allowed Alex Iafallo to bump up to the top unit with Anze Kopitar and Adrian Kempe to replace Dustin Brown, though Iafallo is now out himself and Brown is working his way back.

For Moore though, it’s been a deserved promotion for a player who has had to wear a lot of different hats this season.

“I don’t see Trevor, right now, losing that spot,” McLellan said. “He’s done a good job. We’ve asked him all year to be a utility player, he’s been all over the map, and it’s because we trust him. We trust him to play any position, to play anywhere on the ice. He may not be the flashiest offensive guy, but we trust him to get the job done in a lot of different situations.”

Moore has played between 39 and 47 even-strength minutes with six different forwards, including Danault and Moore, not to mention his most common linemates in Rasmus Kupari and Carl Grundstrom. He’s played all three forward positions on just about every line, and that’s both helpful and challenging at the same time.

For Moore, the four points naturally grab your attention, and rightfully so. It was good to see an honest, hardworking player get rewarded for his effort and for Moore, it was a reward in a big way, with the highest-scoring evening of his professional career.

For the Thousand Oaks native, however, it’s often about more than just his tangible output that makes him an important and effective player for the Kings.

“He does a lot of things that go unnoticed, positionally and physically,” McLellan said. “Now, he’s up on that line, that line has played well with him there and there is no discussion of yanking him off there at this point.”

Through mixing and matching, that trio has been together for just the better part of the last three games. Moore was above the 50 percent mark in terms of shot attempts controlled in each game, controlling scoring chances by a combined 26-18 margin in the process. On Saturday alone, Moore was +7 in scoring chances and +5 in high-danger chances. Something worth keeping intact, at least for now, as we progress forward.

Broadcast Update
Lastly, Insiders, two updates regarding the upcoming television schedule. When originally announced in advance of the season, Thursday’s game against Nashville was listed as TBD. The Kings announced earlier today that Thursday’s game will air on KCOP-13, as will the game on February 25 versus Anaheim.

The Kings are set to practice again tomorrow at 11 AM, more to follow as we move towards Thursday!