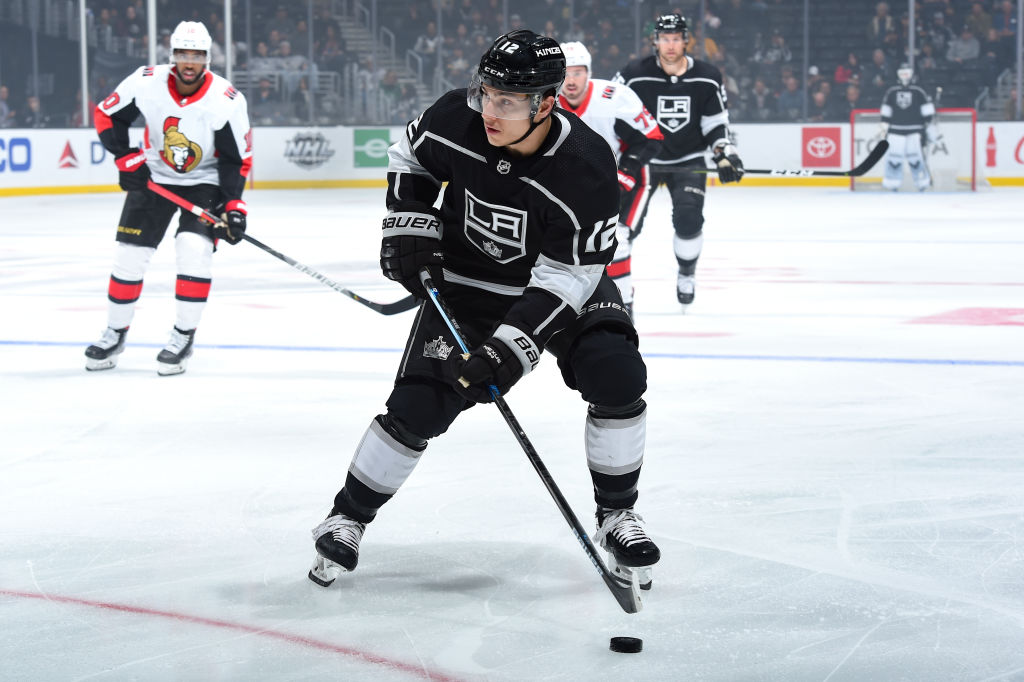 TONIGHT’S MATCHUP: The LA Kings are back in action for a mid-day puck drop, as they host the Ottawa Senators today at 4 PM.

HEAD-TO-HEAD: The Kings won the first meeting between the teams this season by a 2-0 margin earlier this month in Ottawa. Anze Kopitar scored a power-play goal in that game, while Phillip Danault, Alex Edler and Adrian Kempe each tallied assists in the win. Danault has more assists (15) and points (19) against Ottawa than any other opponent. Edler has 13 career points against the Senators, his most against teams that have played exclusively in the Eastern Conference.

KINGS VITALS: The Kings are looking for their first victory of the current homestand, as they host Ottawa in the fifth of seven straight games in Southern California. LA is 0-3-1 on their current run of games at STAPLES Center.

Considering the early puck drop, the Kings did not hold a morning skate today. Todd McLellan said yesterday that he expects all 22 skaters on the active roster to be available, with forward Andreas Athanasiou expected to miss out in the NHL’s COVID Protocol and defenseman Drew Doughty not yet ready to be activated from injured reserve. McLellan noted that Doughty continues to progress positively but is “not scheduled to play” today.

“As everybody knows in this room, we’re dealing with a COVID situation, so I could make a commitment to any one of our 22 players and they might not be in the lineup tomorrow,” McLellan said yesterday. “It’s really hard to tell you the day before. I would expect all 22 to be ready to go.”

Here’s how the Kings lined up yesterday –

McLellan noted that Sean Durzi is expected to remain in the lineup today, though the defensive pairings were shuffled a bit. Durzi skated alongside veteran Alex Edler during yesterday’s skate, while Olli Maatta partnered Matt Roy.

Cal Petersen is expected to be today’s starting goaltender, after Jonathan Quick was in net for the Kings’ previous two games. Petersen has made one career start against the Senators, when he made 24 saves on 26 shots in a 3-2 victory in March 2020.

SENATORS VITALS: The Senators are on the second half of a back-to-back and are not expected to hold a morning skate today. Today’s game marks the conclusion of a four-game road trip for Ottawa, with the Senators dropping each of the three previous contests against Colorado, San Jose and Anaheim.

Goaltender Anton Forsberg was the starter for the Senators yesterday and per TSN 1200, goaltender Filip Gustavsson will get the nod in Los Angeles. Gustavsson was between the pipes when the teams played earlier this month in Ottawa and made 34 saves on 36 shots in the two-goal Kings victory. Gustavsson has played eight games this season and leads all Ottawa netminders with a .905 save percentage. Ottawa currently has three goaltenders on the roster, though Matt Murray was placed on waivers earlier today.

Per the Senators team account, here’s how they lined up yesterday in Anaheim –

Per TSN 1200, Ottawa Head Coach D.J. Smith said that there haven’t been any decisions made at this time regarding tonight’s lineup. Coming off of consecutive, multi-goal defeats, we’ll wait until warmups to see exactly how the visitors will line up.

Durz-IN
As noted above, expect defenseman Sean Durzi to retain his spot in the Kings lineup this afternoon against the Senators.

Durzi was perhaps the brightest light during a 6-2 defeat against Toronto on Wednesday, his NHL debut. Durzi collected two points on the evening, including his first career NHL goal during the third period. Lauded for his offensive abilities and skillset, both of Durzi’s points came on the power play, as he ran the second unit for the Kings. Durzi’s goal and assist came on the team’s first two power-play goals in five games.

“He gave us a real good night offensively,” McLellan said yesterday, of Durzi. “He created using his shot, his vision, poise with the puck. Those things were very good. Like any young defenseman coming up, he’s got work to do on the backend, but he’s very aware of it and he’s willing to continue to work with the staff on certain areas. We have guys that have played 15 years that still need to work on it, it’s called experience and he’ll get it.”

It’s encouraging to see Durzi get another game, and he’ll likely be paired today with the team’s steadiest defenseman in Alex Edler. Durzi and defenseman Olli Maatta were on the ice for two goals against, though it’s tough to signal out any individuals from a 6-2 defeat, positive or negative.

Durzi feels that with the first one under his belt, he’ll be even more comfortable and confident on night two.

“I don’t know about easier, but just comfort level,” Durzi said, after his debut. “As relaxed as I could be, you’re still pretty nervous for a game like this. Having the support group on the team, that gave me confidence, it helps but it’s still not the level of where I want it. Getting a couple of points helps, but in a 6-2 loss you still want more and you still want to contribute in all aspects. You want to be reliable, that’s the end goal. The comfort level has definitely gone up, every shift throughout the game, even though it was garbage time towards the end of the game it was a little bit better, but I’m not close to where I want to be.”

We’ll see how things shake out for the young blueliner in his second time of asking.

Quick Hitters
– Expect to see Carl Grundstrom check back in today for the first time since the game in Winnipeg. Grundstrom scored on that night but was the odd man out when Viktor Arvidsson returned to the lineup. Grundstrom has shown versatility this season and hasn’t had a ton of rust when returning after time out. Another opportunity for him.
– As noted yesterday, the Ontario Reign will not play for the second straight day due to a “malfunction of the ice-making equipment” at Toyota Arena. At this time, today’s game versus San Jose and yesterday’s against Bakersfield are considered postponed, to be made up at a later date. Stay tuned for more information on that front.
– On a Reign note, though, hear from LA Kings prospect Alex Turcotte, who is currently playing a large role with the AHL club. Turcotte has nine points (3-6-9) from 14 AHL games played this season, featuring on most nights in the top six. Turcotte joined the Reign Check podcast for a fun conversation!

Kings and Senators, coming up with a one-of-a-kind 4 PM puck drop!