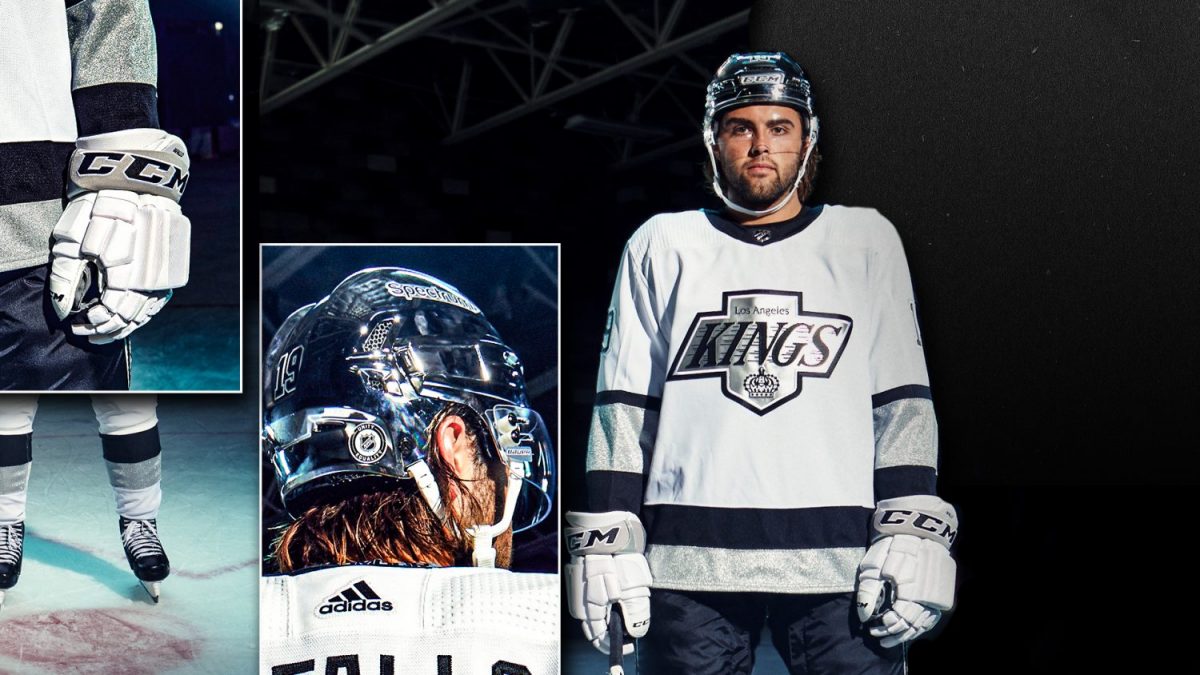 Are you ready for some chrome, Insiders?

It’s debut day for the new sweaters! The Kings players have been breaking in their chrome helmets and white gloves during practice these last couple of days, and are now ready to rock the new threads during game action this evening against the Washington Capitals.

The new uniforms will be worn three times on the upcoming seven-game homestand, beginning this evening against the Capitals. The Kings will also wear their alternate threads against Toronto on November 24 and Ottawa on November 27.

Unveiled by the team last month, the Authentic adizero Primegreen Alternate Jersey reintroduces the Kings ‘90s Heritage Logo that was so important to this city and overall pop culture as a permanent alternate mark. The crest and stripes have a full proper silver material to them to honor that the club’s primary colors truly are Black, White and Silver.

“I love them, they’re pretty sweet,” Kings forward and jersey model Alex Iafallo said. “I feel like the retro and that logo alone is really cool and everybody’s going to be pretty excited about that. I know when I first put it on, it felt special and I’m very excited to wear it for the fans and get out there with it.”

The jerseys are on-sale now in the team’s online store at teamlastore.com, and will be available to purchase at the Team LA Store at STAPLES Center during tonight’s game.

Listen in to an Insiders reunion, as Rich Hammond joined Jesse Cohen and myself on the All The Kings Men Podcast, released earlier this morning, to talk about the new Kings look.

Plenty more to come today, including notes and quotes from morning skate, in advance of tonight’s game against the Capitals. The Kings face another new foe this evening, with Todd McLellan and select players expected to weigh in later on today.

By Zach Dooley
170 Comments
Off the Ice