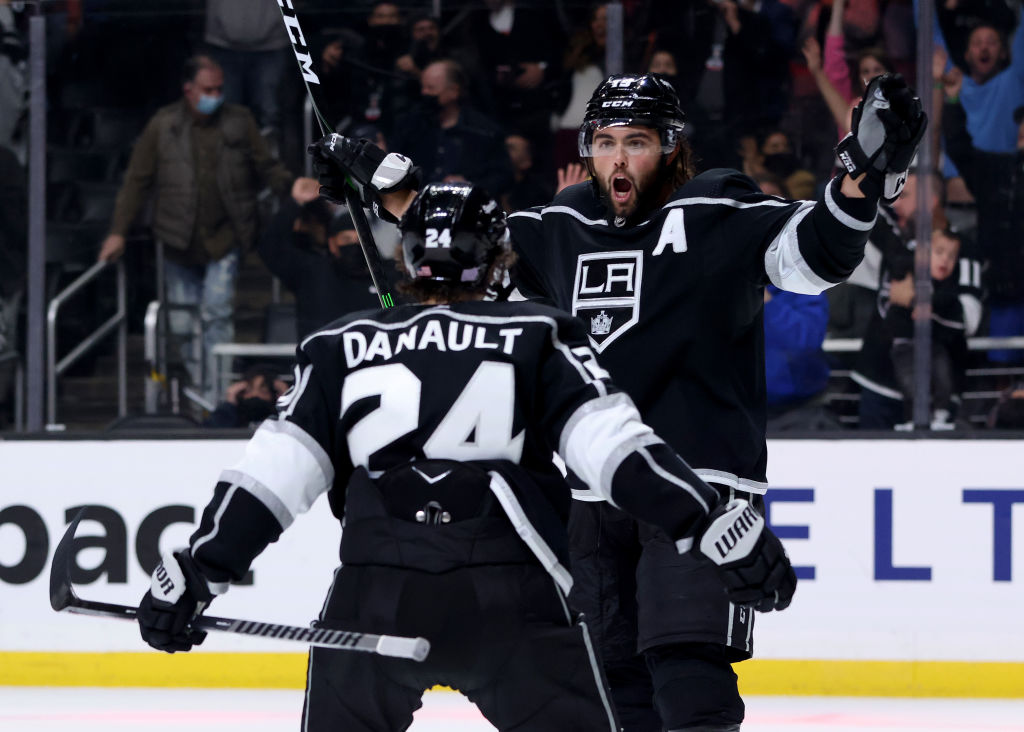 How often during the course of a Kings game do you find yourself saying, “who else but Alex Iafallo?”

I find myself doing it frequently.

There is no specific play where I say it more often than another, there’s not just one part of the game, or one area on the ice, where it’s more noticeable than others, but I find myself so often saying “oh nice play, who was that?” Seemingly, all over the ice, it tends to be Alex Iafallo quite frequently.

“He slows the game down when he needs to, he’s in the right spot, he speeds it up when he needs to,” Todd McLellan said of Iafallo. “He can check, he comes to the bench, he sits down, he gathers his thoughts and he goes and does it again. Low maintenance, high production.”

Now, it’s not as if these things are new for Iafallo, who has long since been an underappreciated contributor for the Kings. Players who play his style of hockey tend to be that, because they’re not flashy, they don’t have that one tangible tool that appeals to the masses, but they just seem to do anything and everything right.

He certainly does not go underappreciated by the coaching staff, however. When referencing watching video, McLellan said that Iafallo consistently shows up positively much more frequently than negatively. Such is consistent with what he’s said over the years.

“I see Al as being one of our better players all year, in a lot of different situations,” McLellan said. “You really have to follow his game closely. We re-watch these things over and over again, ad nauseum, because we’re trying to find and edge and he shows up in way more positive clips than negative. There’s not a lot that he needs to adjust.” 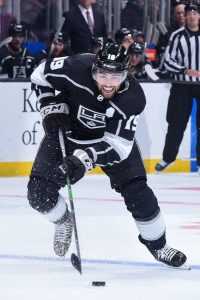 LOS ANGELES, CA – OCTOBER 30: Alex Iafallo #19 of the Los Angeles Kings skates on the ice during the first period against the Montreal Canadiens at STAPLES Center on October 30, 2021 in Los Angeles, California. (Photo by Juan Ocampo/NHLI via Getty Images)

Iafallo was not an unproductive player entering the season, despite what that narrative on him has been. At nearly 0.6 points per game, Iafallo’s scoring rate over the last two seasons has been right in line with a second-line forward.

He’s taken the production element to another level this season.

With ten points from his first 11 games played, Iafallo has embodied the need for depth scoring on this team. With points in all five games on the most recent homestand, the 27-year-old winger now ranks second on the Kings in scoring this season. The Eden, NY native has credited his recent surge in offensive production to a focus on having a shooting mentality, something that has carried over into his game from offseason work and preparation.

“I’m just trying to shoot the puck,” he said. “I worked on it all summer, shooting the puck from every angle. If you shoot it, sometimes rebounds come out to you and you get it back. At the same time, you’ve just got to play your game and you don’t really think about it. You just shoot the puck and it goes in. Some games, you get puck luck but at the same time you’re producing offense.”

The numbers support the rhetoric.

Across the NHL, Iafallo ranks third amongst all forwards with at least 100 even-strength minutes in CF%, at greater than 61 percent. He’s also a top-ten player in percentage of unblocked shot attempts and shots on goal controlled. An analytical darling, by some standards.

On a per-60 minute basis, Iafallo is currently outpacing his career highs to date in shot attempts, shots on goal, scoring chances for and high-danger chances for. The numbers say the same thing about the Kings with Iafallo on the ice, with those figures also trending well above career totals to date.

From McLellan’s point of view, he hasn’t viewed Iafallo as necessarily doing much different than he has in the past. Iafallo has always been a strong possession player and an individual who has been greatly appreciated by McLellan and his staff.

“He does all of these little things, and he’s done them in the past,” McLellan said. “Maybe I haven’t sold him well enough, maybe you guys haven’t bought him well enough, but he’s a star player in my opinion and it’s not even close.”

Perhaps some of the “buy” aspect has come from the opinion of many, that his numbers were a product of Anze Kopitar over the last few years. McLellan hit back with the notion that Kopitar himself has asked to play with Iafallo throughout his career, meaning it’s a two-way street. When a future Hall of Famer wants you on his line, that ain’t a bad thing. Now, separated for the first 11 games of this season, Iafallo is doing his part to dispell any form of that notion, once and for all.

The phrase “the little things” gets thrown around often, without context or detail, and sometimes gets lost in translation. It almost gets used so frequently at times, to describe too many individuals, that you lose the sense of meaning that it should bring.

While his scoring numbers are up, Iafallo hasn’t lost those little details in his game either. When you talk about those smaller things, he’s always filled up the box score in categories that aren’t measured by tangible totals.

Take a moment from the St. Louis game that McLellan detailed.

“This is who he’s been all along,” McLellan said. “He’s an unreal player. He does things…we were just talking about this. We were tired, he got on the ice, he won a battle in the corner, he protected the puck, he got it out over the blue, it would have been easy just to ice it at that point, but he protected it, gained the red and got it in. The other four guys who were bagged got off the ice, that’s a checkmark for me….he does all those little things.”

There’s no statistic for willingness to make the hard play to get a change for his teammates, without taking an icing, but it’s a specific example of a larger topic. He does the dirty work on those singular plays and that goes a long way.

When you have the tangible production, which Iafallo has brought in the early stage of the season, supported by underlying metrics and the strong words of your head coach, you’re likely doing something right.

Iafallo currently has five goals through 11 games and McLellan believes he can continue it to a certain level. Is a 25-goal campaign out of the realm for Iafallo? Certainly not, if you ask his head coach. 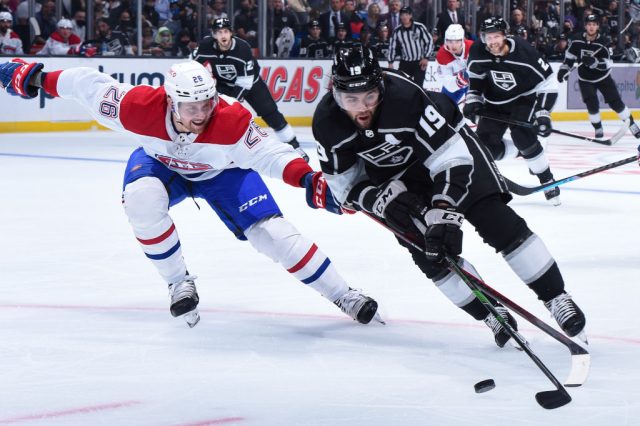