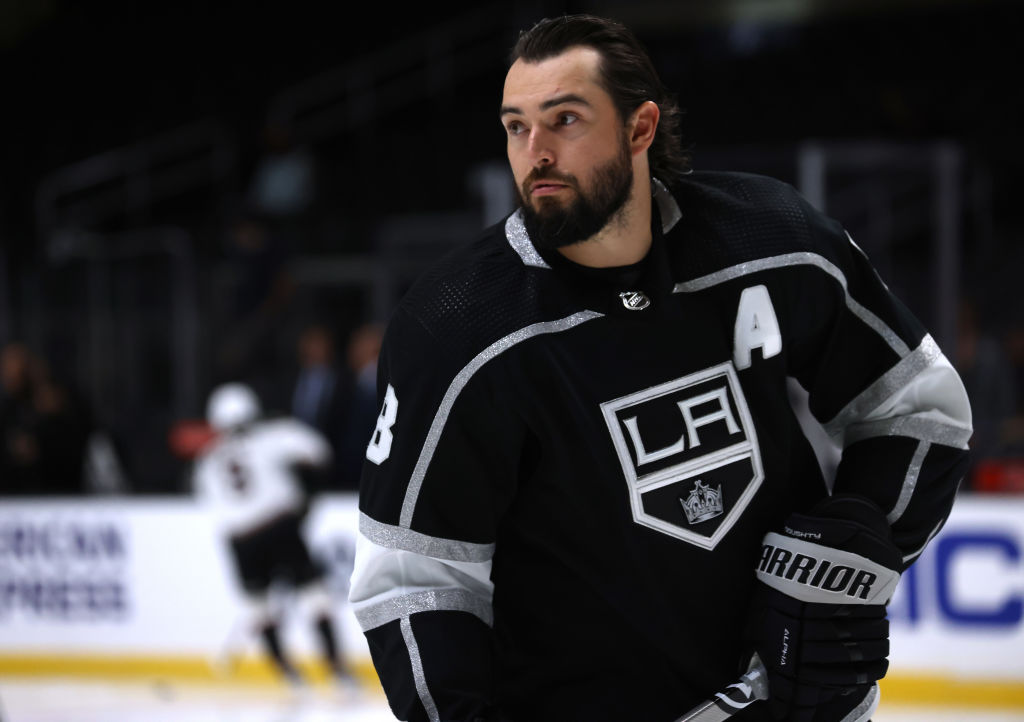 Drew Doughty suffered a right knee contusion on Oct. 22 versus the Dallas Stars. He will begin his off-ice rehabilitation and is expected to start skating in about six weeks and return to play in approximately eight weeks.

Sean Walker tore the anterior cruciate ligament (ACL) and medial collateral ligament (MCL) in his right knee against the St. Louis Blues on Monday. He will undergo surgery at a later date and is out for the season.

Blake clarified that Doughty’s injury is a “tibial plateau contusion”. He went on to praise the medical staff in St. Louis and noted that they wanted to get Doughty back to Los Angeles before announcing anything officially. Blake noted that the six-week timeline is to get him back and skating, the the additional two weeks serving for conditioning purposes and getting Doughty back into game shape, with potential adjustments to come to that timeline as he recovers.

“Due to that hyperextension, the reason we delayed a little bit of the findings was that we wanted to get him home and get him looked at,” Blake said. “Good care with St. Louis medical, we appreciate their doctor in that situation.”

Blake’s full quotes beyond the diagnosis for Doughty/Walker are below, including comments on Andreas Athanasiou, Lias Andersson and Brendan Lemieux, who returned to practice this morning.

Rob Blake on suffering a similar injury to Walker during his career, and how he recovered from it
I did talk to Sean yesterday, after understanding exactly what occurred. I had the same type of injury, a torn ACL six games into a season. I missed a complete season, had the surgery, the same type of procedure that I imagine Sean will have here in a few weeks. I talked to him a little bit about that, just knowing that the outcome was 17 years later, with no effects. We understand the surgery and we’ve seen it. Our latest player would have been Rasmus Kupari, who had this at the World Juniors with Finland. He had a torn ACL, torn MCL, had a procedure to fix the ACL and as you’ve seen, he’s come back and he hasn’t missed a beat from that injury.

On updates regarding Lias Andersson, Andreas Athanasiou and Brendan Lemieux
They’re at a level in their rehab and their progression to be able to join the team. Lias participated in full in practice, where Athanasiou was a more controlled [participant] in that aspect, staying away from contact. The other person would be Brendan Lemieux, who is officially out of COVID protocols. We’ll get a couple of good practices before they get into a game situation, but it was nice to be able to include them in practice here today.

On his comfort level with the depth on the right side of the blueline right now
We’re going to use that depth now for sure. Obviously Austin Strand came in last game, Kale Clague was recalled here today and they’ll be put into the lineup, with an opportunity to play.

On the team’s start to the season
I don’t think anyone’s happy with our position, and our start. There’s been some good things, in stretches, during games, but our special teams need to be at a higher level. Again, we’re going to welcome back a few of these forwards, to surround that depth up front.

On if these injuries change the team’s expectations for the season
No, [the playoffs are] where we wanted to be. We’re six games in and we need to pick up our pace of play, and be better in a lot of aspects of our game.

Practice notes from today to follow later on today, including interviews with Alex Edler and Kale Clague.