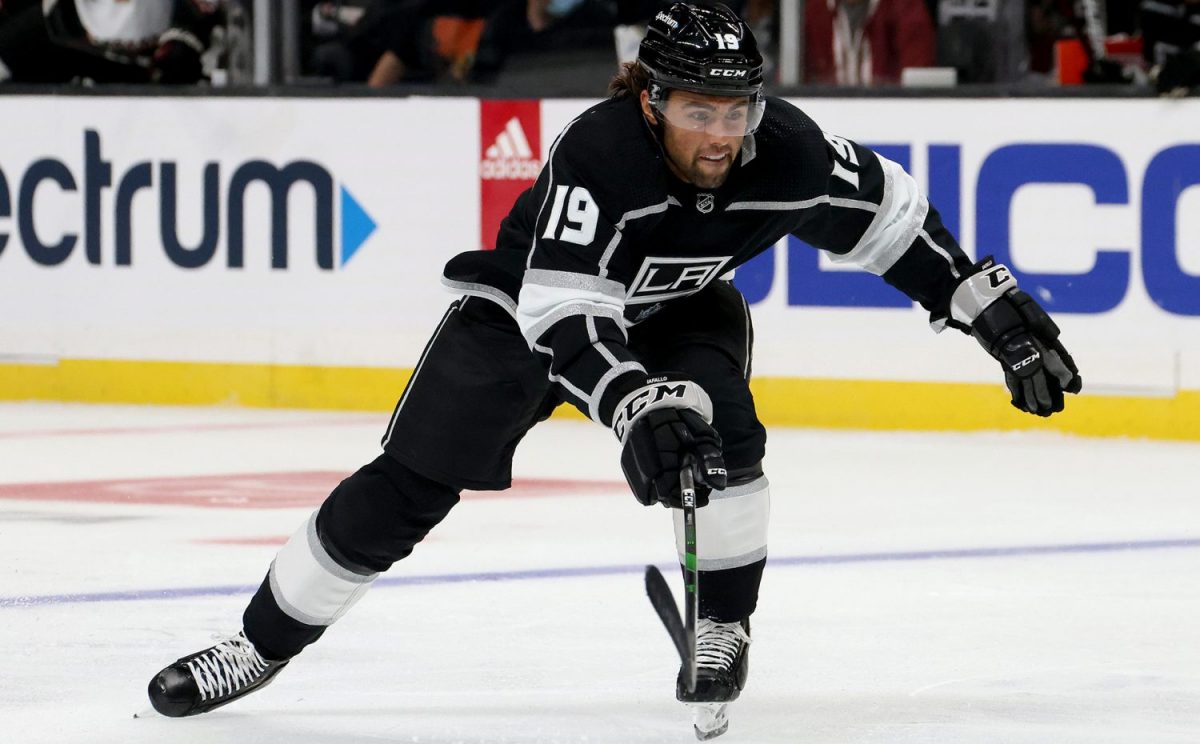 Heading into his fifth season with the LA Kings, Alex Iafallo joined Jesse Cohen and Zach Dooley to talk about his career, the LA Kings and the idiosyncrasies of Western New York. Iafallo signed a contract extension last season and picked up his first goal of the season Saturday against the St. Louis Blues. The interview was recorded in advance of the season.

On if he’s someone who tries to push the issue, or if he’s content letting others take the lead
I try to push people. The older guys, I look up to them, I’ve played with them for four or five years now and looking up to them, they teach me a lot of things. Being in the middle, helping the younger guys and pushing everybody, that’s where I’m at right now.

On if Mikey Anderson has chirped him about winning back-to-back titles at Minnesota Duluth after Iafallo graduated
No, he’s been pretty humble about it. I’m sure eventually, he’s going to start chipping in. It was pretty sweet to see, I was actually able to go to one of the games, it was in Buffalo, and I feel like without college, Minnesota Duluth, we’re all pretty tight, so it was very exciting to see. I’m sure Mikey’s going to be chirping me eventually, once he gets a little more comfortable around the rink…I can feel that coming for sure.

On finding a home here in Southern California
Obviously home is always going to be home, you’re going to go and hang out with everybody, but I feel like this is my spot now. I feel more of a community, the South Bay, that’s where pretty much all of us live, at least where I’ve been living all the years I’ve been here. It just feels like the right fit and I love it here. Everybody is nice, we’ve got the beach, the mountains out there. It’s a good fit and I love it out here.

Busy day ahead here on LAKI! Expecting to see some additional roster moves either today or tomorrow, certainly in advance of Thursday’s game against Winnipeg, and we’ll see what the personnel looks like this morning when the Kings hit the ice at 11. We’ve also got a story on prospect Martin Chromiak coming up from our prospects writer, Jack Jablonski that we’re looking to work in today…..and more? Stay tuned, Insiders!