For the first time in 582 days, the Kings are excited for a much closer to normal home experience 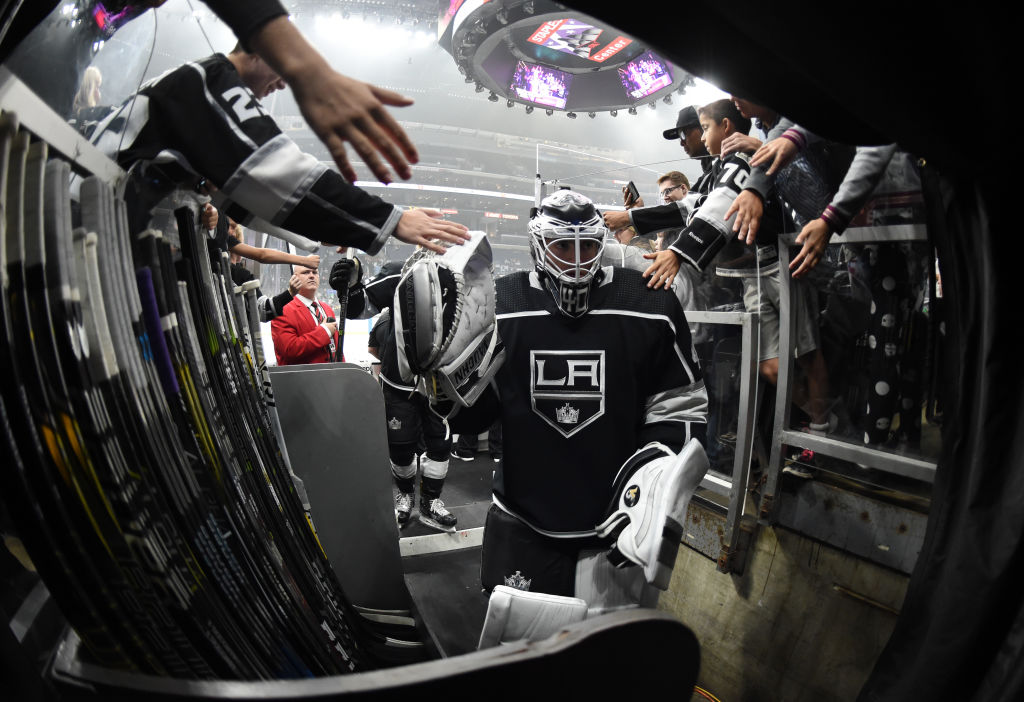 It’s been 582 days since we were last here at STAPLES Center, for a regular-season game, with a capacity crowd allowed inside the doors.

On that night, the Kings defeated the Ottawa Senators by a 3-2 final on the night that sports ended for a bit. Later in that evening, a positive COVID test in the NBA put everything on hiatus and well you know the rest.

If you want to reflect on how much has changed in that timespan, the Kings goals on that evening were scored by Trevor Lewis, Martin Frk and a young prospect wearing number 42, Gabriel Vilardi. The former two are not on today’s opening-night roster, and Vilardi has a new number and a new role.

Since that day, we’ve seen games here in front of an empty building, we’ve seen games in front of just a couple thousand fans towards the end of last season and we’ve seen preseason games played, including Saturday’s against Anaheim with a decent crowd in attendance. We saw a packed house in Salt Lake City, with the Kings wearing their home black jerseys, but it’s been 582 days since we’ve truly seen it at home, at STAPLES Center.

That changes tonight. When the Kings host the Vegas Golden Knights later on this evening, we’re approaching the other side of being back to normal. It’s hard to say that we’re all the way there – we aren’t – and tonight’s game won’t feel exactly like it did more than 18 months ago. What it will be, however, is a big step forward for players, fans and staff.

“It’s an exciting time,” Todd McLellan said. “I’m sure the fans are as excited as we are.”

Which is pretty significant, when you think about where we were throughout last season.

Last season was challenging on many levels, with players playing in front of empty buildings across the league in every market, and fans being forced to watch on their televisions at home, when they were accustomed to being in their seats in the arena.

“I’m glad we got to play last year, but it didn’t feel like a real season looking back at it, when it was all said and done,” forward Dustin Brown said. “It felt like the games were not the priority, it was protocols, meeting outside in the middle of winter, stuff like that, it took away from the focus of what we’re here to do, win hockey games. I’m glad, I’m excited to be back in somewhat of a normal fashion, with fans in the building, regular schedule, playing all the other teams, traveling.”

For a team like tonight’s opponent, the Vegas Golden Knights, they’ve played playoff games, they played games towards the end of last season with close to a full arena and they’ve played one regular-season game at home already, getting themselves more into that mode of being back to normal, at least somewhat so.

For the Kings, that isn’t the case. Tonight will be their first, true reintegration into that type of environment and McLellan is just looking for his group to play free, play loose and enjoy the moment.

“Tonight, it’s us playing loose, playing free, making plays, being responsible, and enjoying the fact that there’s going to be a lot of people in that building,” McLellan said earlier today. “We haven’t had that for 18 months and I think there’s a genuine excitement about that.”

Speaking with Brown this morning, he talked about a different vibe in their air today than he’s felt in a while. Defenseman Alex Edler used the word excited several times as well, as he approaches tonight’s reintegration into a full building, as well as his first game with a new NHL club for the first time in his career.

Cal Petersen, tonight’s starting goaltender, took some time to reflect on his excitement surrounding having fans back in the building.

“Just having the fans back has been huge,” he said. “We could already tell in the preseason how much of a difference that makes, night in and night out. Getting yourself prepared for the game, getting excited, getting the jitters, stuff that you get when you have a full house. That’s something that I’m really looking forward to, and I know a lot of the guys are too.”

As the players drive into the rink tonight, as the pre-game information is distributed and as the doors open and fans file into the arena, I don’t think it will be lost on too many people how far we’ve come, from Opening Night 2020 to Opening Night 2021.

Last year was strange, in so many different ways, but the emptiness of the arenas, both at home and on the road, was certainly the strangest element.

As the players have alluded to, there’s a palpable excitement level to play tonight’s game under familiar circumstances. When the puck drops in three hours, we’re back closer to where we should be. And that’s a great thing. 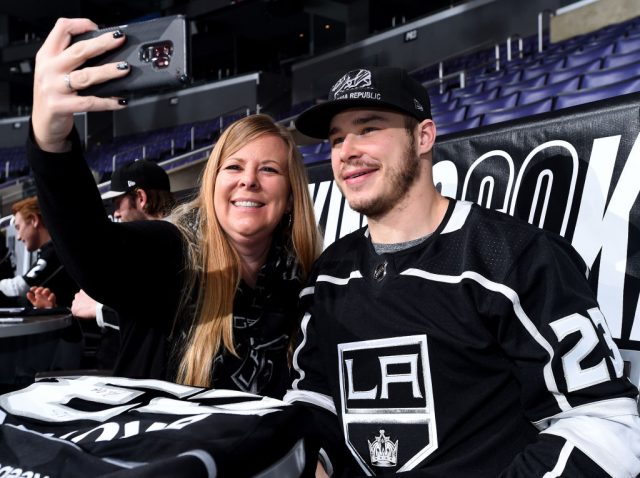 By Zach Dooley
170 Comments
Off the Ice