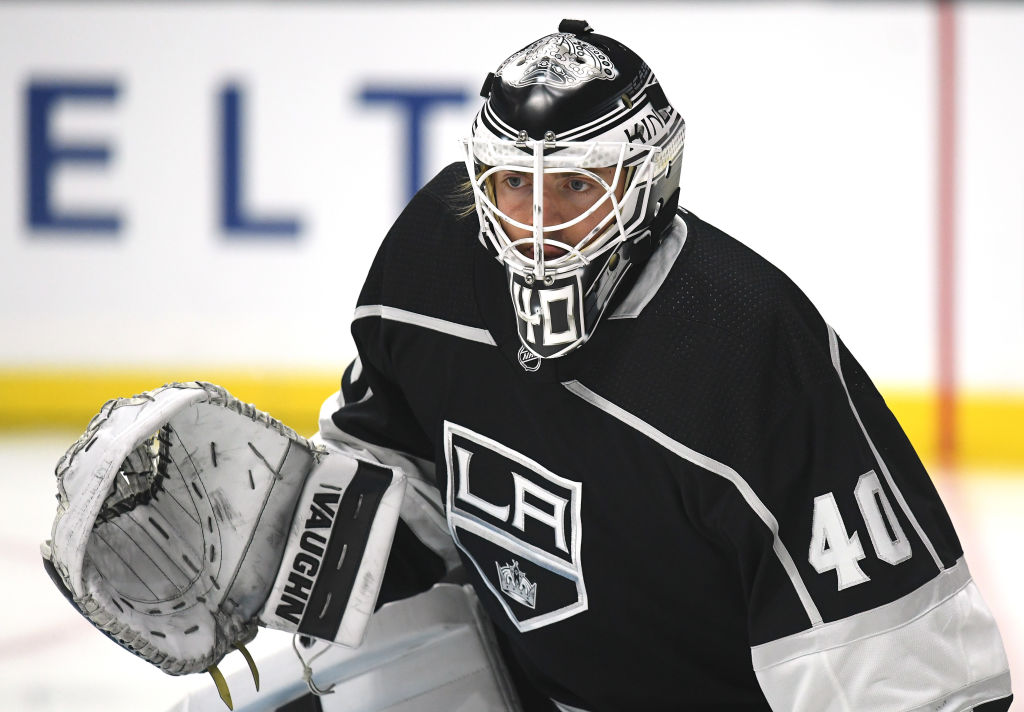 The LA Kings announced this morning that the organization has re-signed goaltender Cal Petersen to a three-year contract extension with an average annual value (AAV) of $5,000,000.

Petersen, 26, played in 35 games last season and registered career-highs in both save percentage (.911) and goals-against-average (2.89) while posting a 9-18-5 record. He finished the season with a team-high in save percentage, games played, and minutes played.

“We feel we have a really good goaltender there for a lot of years to come,” Todd McLellan said of Petersen at the end of last season. “I think, as you improve, as a forward, defenseman, goaltender, coach, whoever it might be, you grow in increments, and you’ve got to push through to the next level on a regular basis. Do what you need to in your increment and then move up to the next one, and then move up to the next one. We’re trying to push Cal through the next increment and make sure that he can elevate and compete as a number one consistently.”

The contract extension shows the organization’s commitment to Petersen in the years to come, with the eventual hope that he seizes the number one job as his own, building off of the progress he made last season. That’s not to say that the net is indisputably his – Jonathan Quick is still a strong option, and will most certainly be a factor in the team’s success this season. Petersen, however, is now under contract through the end of the 2024-25 season, with a substantial financial commitment, and will be expected to assume that role in time.

Last season, Petersen rated highly in several categories, and was tasked with one of the heaviest workloads of any goaltender across the NHL. Petersen ranked inside the NHL’s Top 5 in shots faced per 60 minutes, and in expected goals allowed per 60 minutes, but still managed to place 12th amongst qualified goaltenders in save percentage for the season. Few goaltenders were as solid at denying high-danger opportunities as Petersen was, with the Notre Dame product finishing third in the NHL in high-danger save percentage.

Following the season, Petersen represented Team USA at the 2021 IIHF Men’s World Championship in Riga, Latvia, where he backstopped the U.S. to a bronze medal while becoming just the fourth-ever U.S. player to earn Best Goaltender tournament honors. In seven games, Petersen posted a record of 5-2-0, a .953 save percentage, 1.29 goals-against-average and two shutouts to lead the tournament in both save percentage and goals-against-average, tie for first in shutouts, and rank second in minutes played (417:14). Petersen’s performance in goal ranks among the best-ever by a U.S. netminder in IIHF Men’s World Championship play as his goals-against-average ranks second in U.S. history and was the best effort by a U.S. goaltender since 1939.