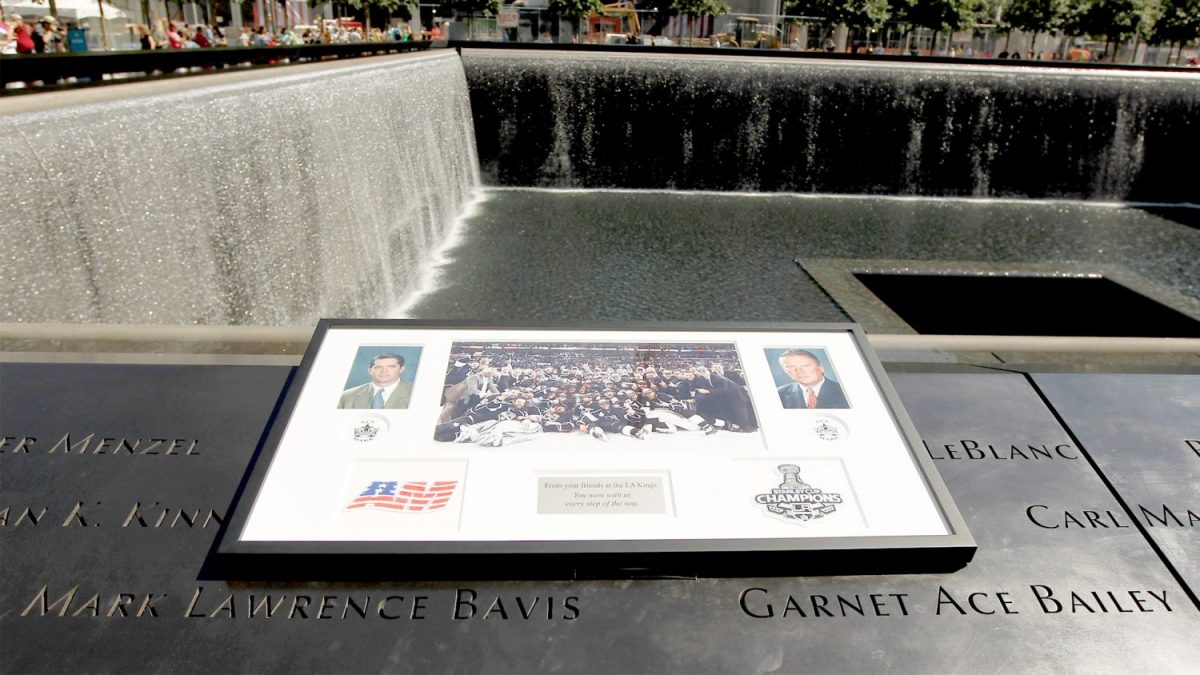 September 11th marks a day of internal reflection for many of us every year, perhaps none more in recent memory than this, the 20th anniversary of that tragic day in 2001.

The LA Kings family was one of so many impacted by the fateful events now twenty years prior. As many know, the Kings lost Garnet “Ace” Bailey and Mark Bavis, two members of the club’s scouting department, who were aboard United Airlines Flight 175 from Boston’s Logan Airport on September 11, 2001. Today, 20 years later, the Kings remember those who lost their lives and the bravery of those who risked their lives to save others.

Bailey, who was 53, was entering his eighth season as the Director of Professional Scouting for the Kings. Bailey won seven Stanley Cups – two as a player and five as a scout – as a part of 33 seasons at the NHL level, between his playing and scouting careers. Bailey had been a part of six different NHL organizations at the time of his death.

Bavis, who was 31, was entering his second season with the Kings as a professional scout. The Kings were Bavis’ first NHL organization, after he had spent time as a coach with Harvard University. A ninth-round selection by the Rangers, Bavis played three seasons professionally in the AHL and ECHL following a four-season career at Boston University.

Both men sported fantastic personalities and their love for the sport of hockey was evident in their work. Mark and Ace both remain in our hearts and are incredibly missed by us all.

To support the legacies of Ace and Mark, consider a donation to the Mark Bavis Leadership Foundation (markbavisleadershipfoundation.org) or Ace’s Place (tuftschildrenshospital.org/patient-care-services/departments-and-services/child-life-services/aces-place) at Tufts Hospital.

Their legacies live on through the AM Sticker worn by LA Kings Players on the back of their helmets, as well as on the front of Bailey’s jersey, who was named in honor of Garnet “Ace” Bailey himself. Twenty years later, we remember all of those affected by 9/11, and we honor the legacy of Mark and Ace.

By Zach Dooley
165 Comments
Off the Ice