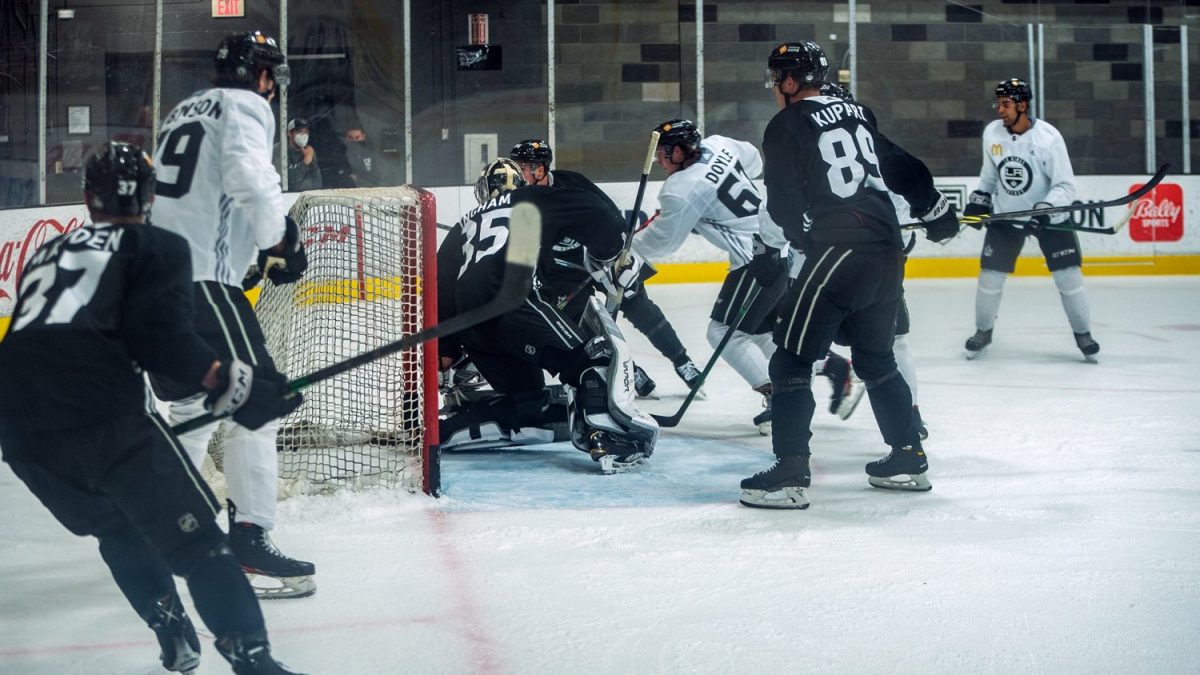 Collectively, the group of forwards at this week’s LA Kings Development Camp has more experience than what you’d normally see at an NHL development camp. While the roster does have its share of junior and college players as well as recent draft picks, eight of the 16 forwards have already spent time with the team’s American Hockey League affiliate, the Ontario Reign.

Not only does that group have pro experience, but lots of it came on the same ice sheet being used for this week’s camp at the Toyota Sports Performance Center during the team’s shortened 40-game season.

Even though there were struggles at the start, the head coach of the group, John Wroblewski, who is looking on as an interested observer this week, has fond memories of the year because of the team’s perseverance.

“The way that we finished the year was tremendous,” Wroblewski said. “We turned it around from 1-12 to finishing up as one of the better teams in the American League at the end. And we didn’t do it through skill, we did it through competitiveness and ability. As disappointed as I was that we didn’t win in the playoffs, after the last game I told the guys I’m still so proud of them as people. I thought that everyone involved could hold their shoulders high and hold their chin up.” 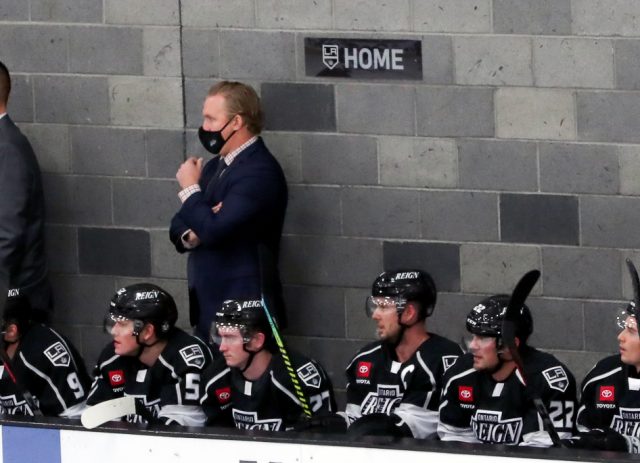 The eight talented attackers from Wroblewski’s Reign roster that are in El Segundo this week include Quinton Byfield, Martin Chromiak, Aidan Dudas, Samuel Fagemo, Rasmus Kupari, Tyler Madden, Johan Sodergran and Alex Turcotte. All former LA draft picks with the exception of Madden who was acquired in a trade with Vancouver a year and a half ago, the group is part of an elite prospect pool universally heralded as one of the best in any NHL organization.

Now, being back in the facility that served as a home rink has these prospects feeling at ease as they go through the week’s camp among some new faces.

“I feel a lot more comfortable,” said Turcotte. “I remember my first development camp a few years ago and I was pretty nervous and I didn’t really know anyone. It’s definitely nice being back here.”

Wroblewski was encouraged by what he saw from Turcotte on the ice during the first day of action at camp on Monday. The former fifth overall pick is a player that he’s gotten to watch dating back to his days as a coach at the USA National Team Development Program where Turcotte spent the 2017-18 and 2018-19 seasons.

“The difference that I saw with him, and I don’t want this to come off the wrong way because Alex is ultimately the type of player that is going to be just the consummate teammate, but I think he’s looked for reassurance before, and today I just saw a guy really comfortable in his skin,” Wroblewski said. “He knows he’s a leader out there, and I know you can’t put all your stock in summer hockey, but his game looks amazing, and you can see the differences in the body type, the confidence level and the way his shot explodes off his stick just a little bit crisper.

“It’s earned confidence. That’s a term that I try to use with these guys, you can’t be cocky, but if you’ve earned it, then own it. Whether or not he cracks the Kings this year, it’s not going to determine his career.” 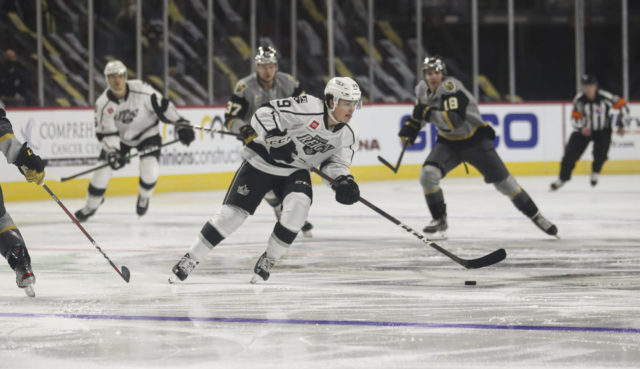 Turcotte, who spent the full 2020-21 season with Ontario, also felt his first pro year was great for his development.

“Coming in I didn’t start off too hot so it kind of took me a while to get going and that was part of the process,” Turcotte said. “But I felt that halfway through the season I got comfortable and started playing my game more. I kept that going the rest of the year and finished really strong.”

The development of these young players like Turcotte has Wroblewski excited for the new season on the horizon.

“I’ve just never been more excited for a year,” Wroblewski said. “I’ve never kept in closer touch with a group. I ran into Fagemo and Sodergran in Manhattan Beach the other day, I went for lunch and those guys were renting bikes right next door to the place. I got to hug these guys, got to say how proud I am of their offseason, and getting to watch all these other guys, I just think there’s a lot of men on a mission here.

“I don’t get the feeling that they’re trying to push it. They’re good in their skin right now. We’re going to keep competing, no matter whether a guy is Ontario or LA, they’re going to own up to whatever challenge it is every day.”

The Kings are hoping that the friendly competition seen at this week’s camp will continue next month when many of these players return for the 2021 Rookie Faceoff in Arizona. Then they’ll turn their attention to main training camp where the best of this group may have an opportunity to compete for an NHL roster spot.