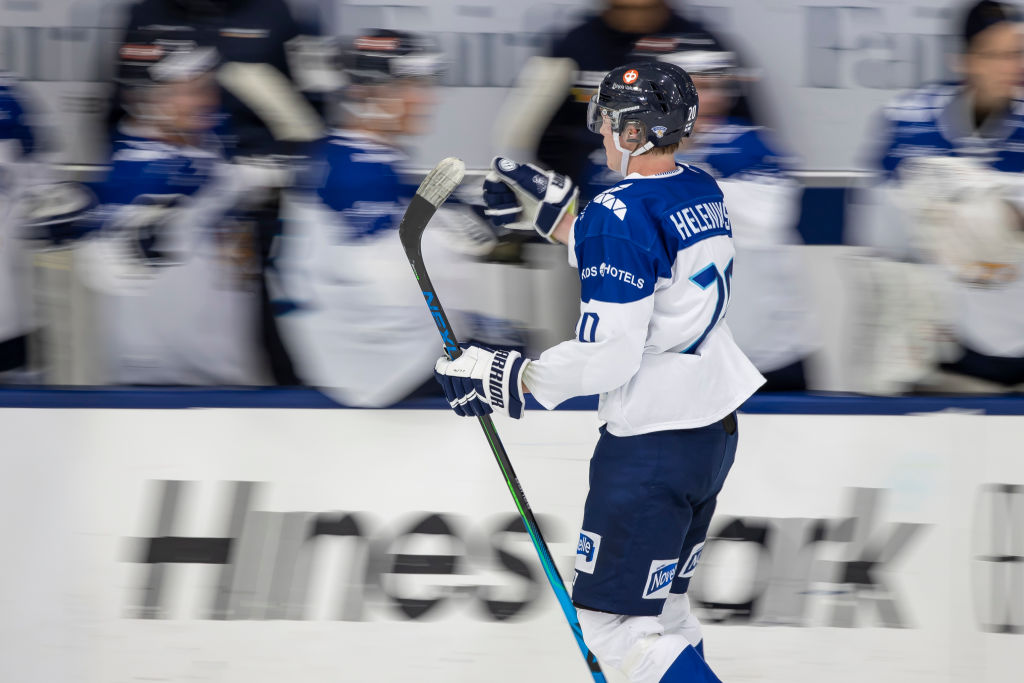 The LA Kings announced earlier today that forward Samuel Helenius has signed a three-year, entry-level contract with the organization, carrying an AAV of $925,000.

Helenius, 18, was selected by the Kings in the second round of the 2021 NHL Draft back in July. The 6-6 center was the team’s second, second-round draft choice, and the third of four players the Kings drafted during the event. LA traded up from third round into the second to ensure they selected Helenius, who the team views as a potential option down the middle as he develops.

The Finnish centerman spent last season playing in the top professional division in Finland, SM-Liiga, and collected 14 points (7-7-14) from 54 games played, skating in a respectable role for a 17-year-old player facing off against men. Helenius also represented his nation at the 2021 World Junior Championships as an underaged player and tallied four points (2-2-4) from seven games played, winning a bronze medal.

Helenius is on track to skate for Finland again in this season’s tournament, after appearing in all six games during the recent summer showcase in Michigan. Helenius scored a slick goal against Team USA Blue and should once again be a main contributor for Team Finland as a returning player.

As a six-foot-six centerman, Helenius already has a leg up, vertically, on most every he plays with. He skates well for his size, and is thought of as a competitor, a battler, and a player with the size and physicality to carve out a role for himself one day at the NHL level.

Because he played in Finland, Helenius is eligible to play in the NHL, the AHL or return to Europe, where he is currently a member of the JYP senior team.

Following Brandt Clarke earlier this week, Helenius is now the second member of the Kings 2021 Draft Class to sign his entry-level contract. The Kings currently have 49 of their 50 contract slots taken, though players such as Helenius, Clarke and Helge Grans have the option to slide their contracts back another season if they do not play at the NHL level, meaning the Kings have more room than meets the eye.

Kings Director of Scouting Mark Yannetti on Helenius
This kid is already an NHL skater, and he hasn’t even come close to growing into his body. When his body catches up to his feet, we look at him being an above-average NHL skater and he’s six-foot-six. He plays a hard, heavy game. He leads with compete and physicality to go along with his skating. If you watched at the World Juniors, while offense is certainly not the primary aspect of his game, he possesses a really good shot. When you start looking at the third line, in terms of creating offense, you usually see a little bit more individualistic…you see more direct plays going in the net. A kid like this, who can get to those areas and use his size and his shot to provide secondary offense, that kind of fills in the way we view a middle-six in terms of trying to find offense there.

Finland Head Coach Antti Pennanen on Helenius
I think Helenius is a big center and I like him a lot. He’s so good, he’s coachable and his attitude is good. He’s humble and he’s tough. I think someday, if everything goes well, he’s going to be an NHL player because of his attitude, size and his mental makeup.