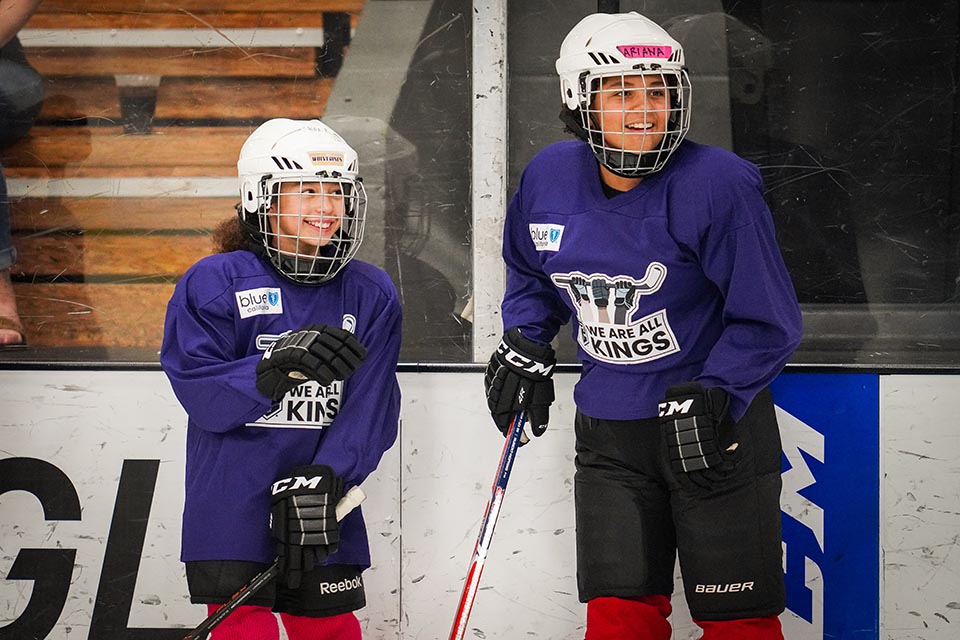 This past week, the LA Kings held the first, but certainly not the last, We Are All Kings Camp at Toyota Sports Performance Center in El Segundo.

Led by Blake Bolden, Daryl Evans, Derek Armstrong and the Kings hockey development team, the camp, presented by Blue Shield of California, was a completely free camp open to kids ages 5-and-up, with the aim of introducing new players to the game.

“We feel it is very important to help ensure every fan, anyone who wants to try hockey, feels not only welcome but has that opportunity, and the We Are All Kings Camp is a tremendous opportunity to introduce or advance the skills of the game to these great kids and their families,” Kings Chief Operating Officer Kelly Cheeseman said.

The camp included on-ice and off-ice time each day, with participants having the opportunity to learn the fundamentals of the game in a low-pressure environment, with the teaching of several former professional players, as well as trained professionals within the organization.

“The goal to get out of this camp is to have fun, and let all of these non-traditional hockey players have the chance to get on the ice and smile, learn to skate, be a part of the Los Angeles Kings and the community we’re trying to build,” Bolden said. “I think it’s been a really long time for everybody, and now we’re trying to come all together and it just feels so relieving to see these kids.”

Most of the participants this week are beginners who have either never skated before, or at the least certainly were not regulars on the ice in advance of this week. Running parallel paths in El Segundo this week were AAA camps with the LA Lions and Jr. Kings. Those camps have an obvious focus on high-level skills, system and drills.

The We Are All Kings camp has a different focus.

It’s about introducing different parts of the sport to kids who have never really had the opportunity, or the ability, to do so before. From Bolden’s perspective, it’s the values built, and the experiences had, which are the real takeaways from this week.

“I think the most important thing from this camp for the boys and girls participating is to feel wanted, feel valued, and to feel like they have confidence in moving forward,” Bolden said. “If they want to continue to play hockey, do it for fun. It’s not all about the X’s and O’s, the wins and the losses, you play hockey for fun and we want to give that to them.”

Following We Are All Kings Camp is the team’s annual Kings Camp, which first began more than 30 years ago and takes place in El Segundo beginning on Monday. Kings players will participate throughout the week as will Kings alums including Evans and Armstrong.

Blake Bolden on the makeup of We Are All Kings Camp
We’ve created the We Are All Kings logo, which is an amazing testament to equality and inclusivity. A lot of these kids have never been on the ice before, so we’ve got 30 individuals of different age groups and different backgrounds who are trying hockey. Some of them have been on the ice before but a lot of them haven’t, and it’s fun to see them progress throughout the week, have fun, laugh, give away prizes for good behavior and positive attitudes. You see kids falling, getting back up and you see kids who wait for them and help them back up. It’s a really beautiful thing to see these young kids develop these types of characteristics, and it makes me inspired.

On turning some of these kids into hockey players in an organized program
The goal is coming out, seeing if you like ice hockey, seeing if you had a great time, and I think everybody has had a great time. If you want to stick with it, you have us, the LA Kings, as a resource, to funnel you into all of our programs. Learn to skate, we have our eight-week program starting in the fall, which will then go into ball hockey, and if you continue to be on the ice, you can take those baby steps and improve your skills. Then, you go to a camp, or join a house league, and then the Jr. Kings, or the Lions, that’s the kind of steps we’re trying to take to move forward with these kids. When I was growing up, my mom was a black woman who had two jobs. My dad, luckily loved hockey and brought me to a Cleveland Lumberjacks game, and that was a happy time for me, to be touched by the sport. We just want to make availability and accessibility for these kids.

On being a role model for young, minority players getting into hockey
I think that, to be able to see me out there on the ice, skating the way that I do, demonstrating, having fun, laughing, I think that being a role model is important. Our partnership with the Power Project, those girls are so thrilled when I get to be on the ice with them, and I hope that I’m bringing that excitement to We Are All Kings Camp. It’s important to have role models, it’s important to have someone to look at, and think maybe I can be like that one day. Just to say, hey that person is awesome and I can do it too. It’s huge, especially with impressionable, young kids, who are sponges, and we have to give them positivity, reinforcement, hope and belief that they can be who they want to be. 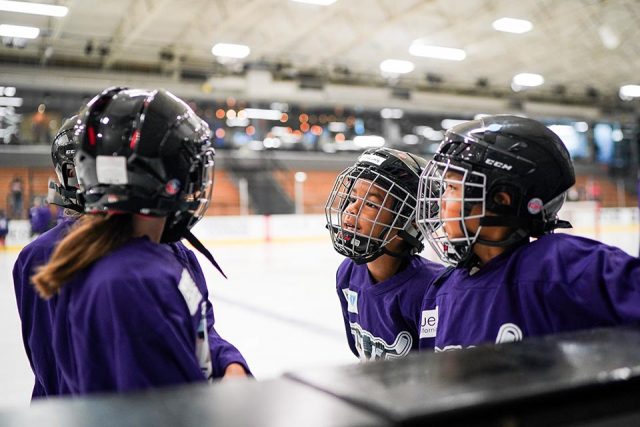 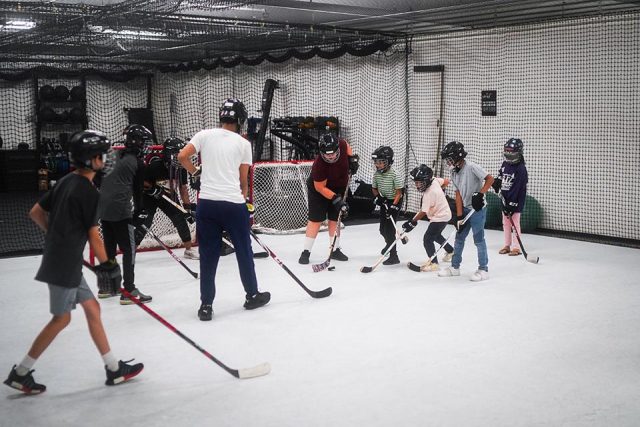 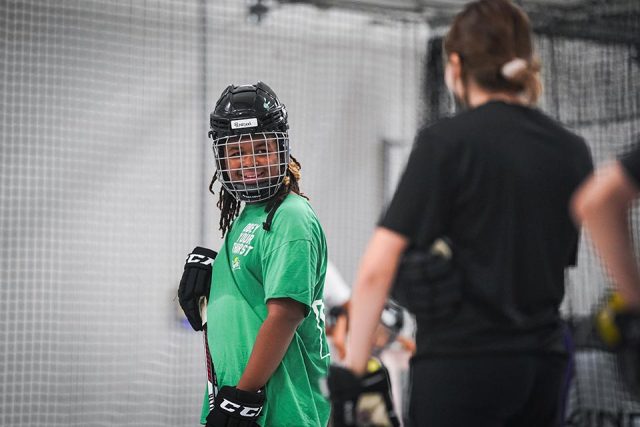 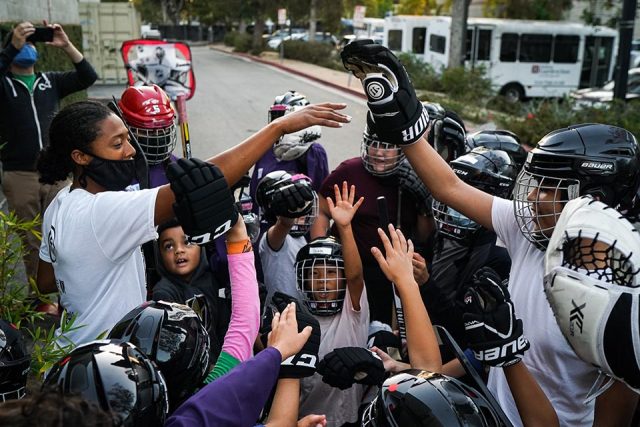 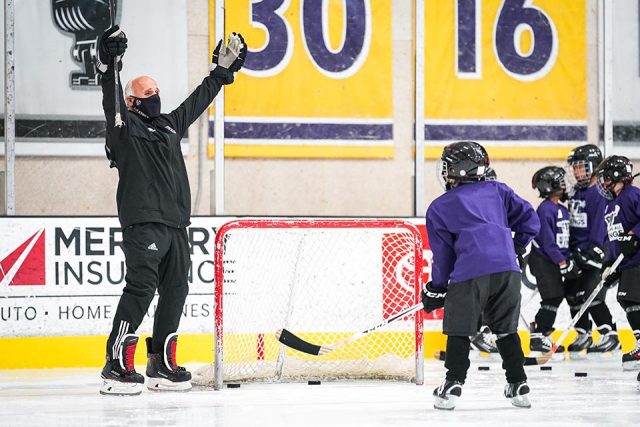 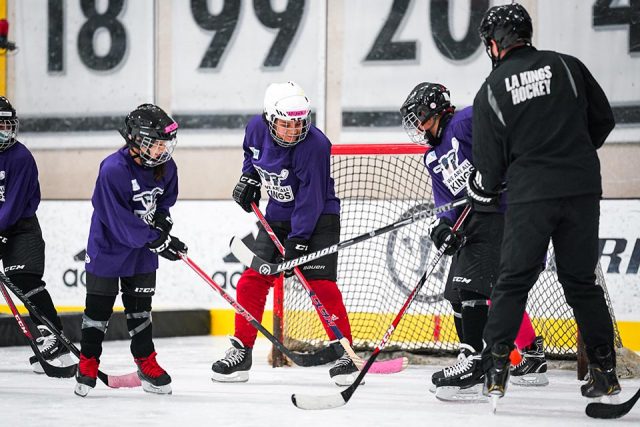 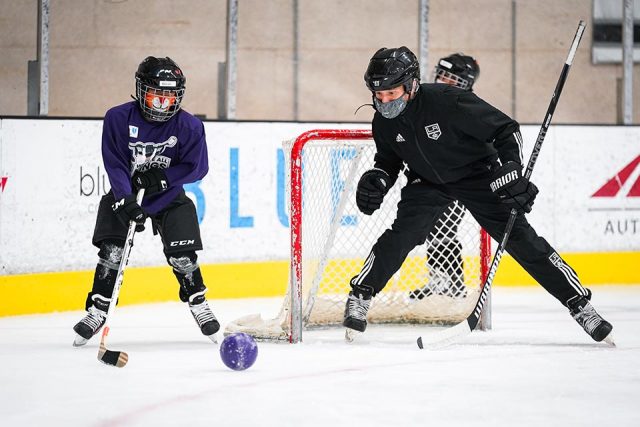 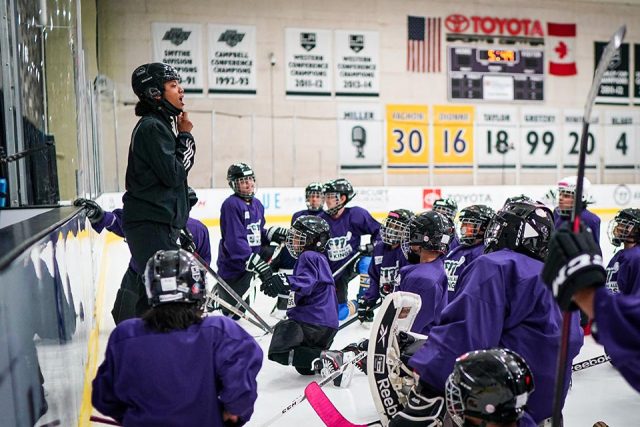 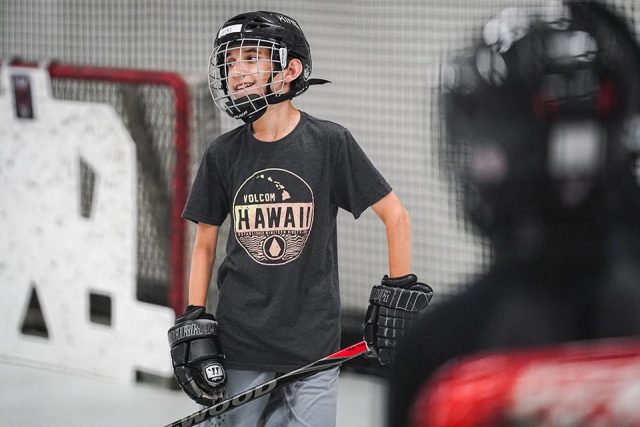 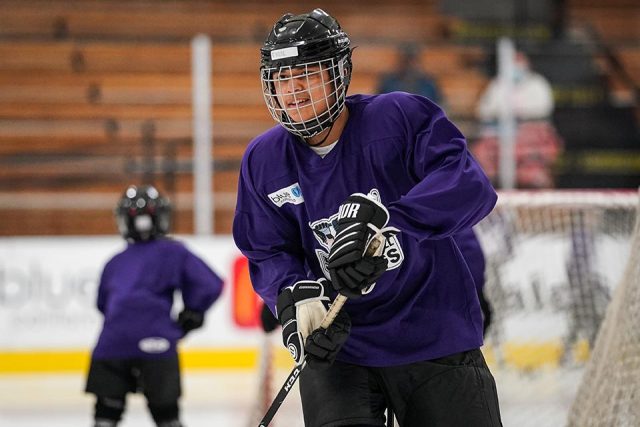 The Kings fell for the third straight game, following a 4-1 defeat against the Colorado Avalanche on home ice in

By Zach Dooley
536 Comments
Behind the Scenes

By Zach Dooley
244 Comments
Behind the Scenes