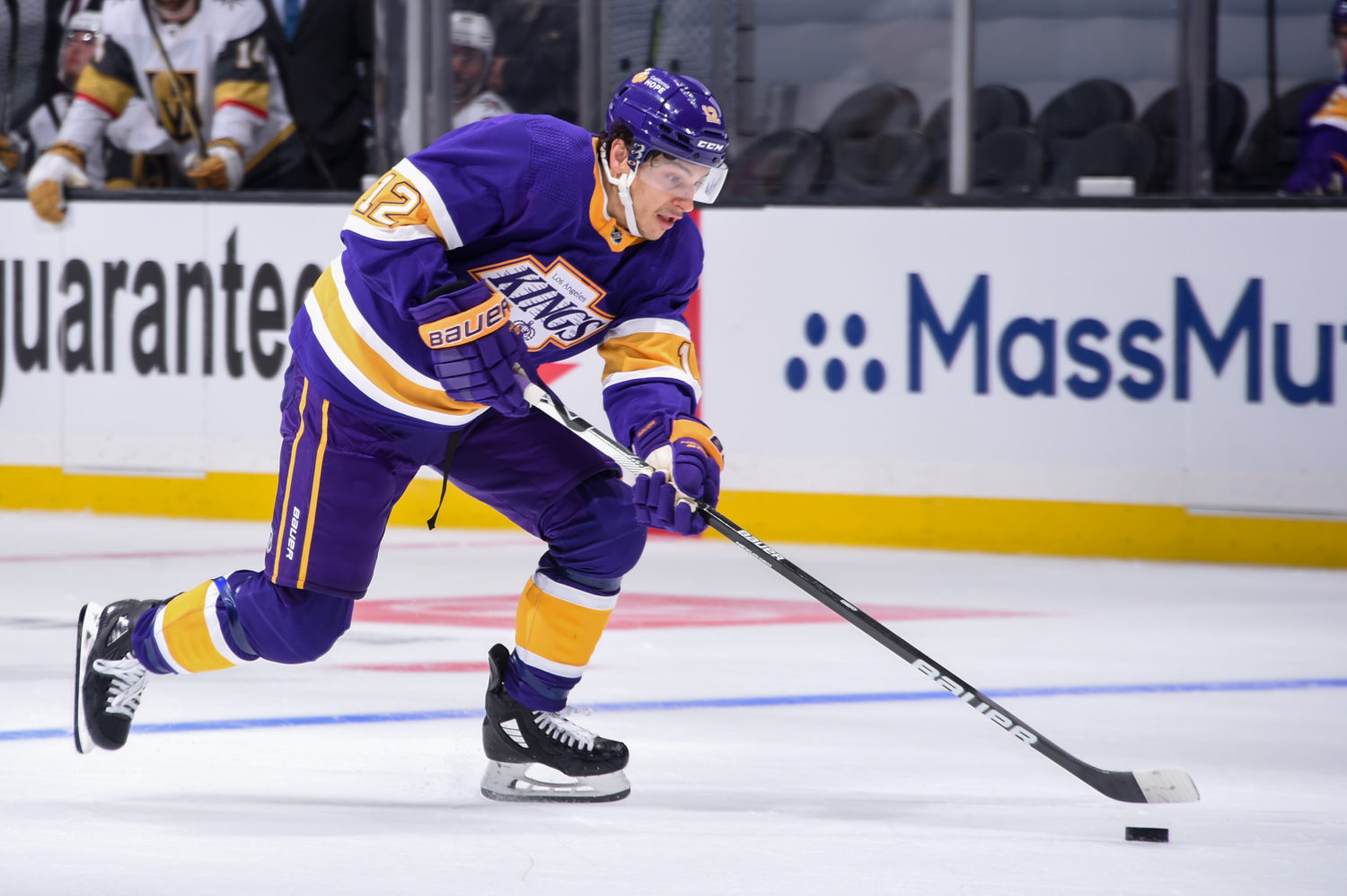 We’re not done yet, Insiders!

The LA Kings announced this afternoon that forward Trevor Moore has signed a two-year contract extension, carrying an AAV of $1.875 million per season.

When asked yesterday, General Manager Rob Blake called Moore an important piece, in multiple ways, and today a contract is completed to keep him in black and white for the next two seasons.

“[He] was one of our focuses, we went ahead and protected him from the expansion draft, understanding where we’re at,” Blake said, following Day 1 of the draft. “We feel that he’s an important part in our lineup, but also in the leadership and the type of culture. You can see him adapt and very much become a prominent figure in that aspect as the year went on last year.”

The winger’s comments at the end of the season made the prospects of a deal seem a matter of when, rather than if. Moore made it clear that he believes in what the Kings are building, and that he was keen to re-sign with the organization.

“I want to be here – Big Kings fan, I love this organization,” Moore said, during his season-ending interview. “I think that everything is trending in the right direction and I would love to be a part of it.”

Well, Trevor, you’re still a part of it!

As a restricted free agent this offseason, Moore has been a top priority with regards to internal options this summer. Moore had a strong 2020-21 campaign, as he blossomed from a player who entered the season firmly entrenched in a fourth-line role, to a reliable, energetic middle-six winger for the Kings. He played most of his season on the second or third line, providing good play on the forecheck as he seemed to mesh well with a variety of players and had an ability to jumpstart a line he was moved to.

The Southern California native also provided an offensive element, as he collected an NHL career-high 10 goals and 23 points. Moore has shown offensive capabilities at the collegiate and AHL levels, and has some of that element to his game, while also being responsible defensively and a key part of the team’s penalty kill.

Moore was chosen by the Kings as last season’s King Clancy Nominee, given to the player that best exemplifies leadership qualities on and off the ice and has made a significant humanitarian contribution to his community. He was also voted by his teammates as the Kings’ “Unsung Hero”, as acknowledged in the season-ending awards. Moore’s contributions certainly did not go unnoticed within the locker room, nor did they go unnoticed by the coaching staff. During the season, Todd McLellan called Moore an example of a guy that others trying to work their way into the league should look to follow.

“For some of our midrange younger players coming up and into the organization, maybe not being Top 6 players, there may be some in Ontario that are going to be middle six, or bottom six, this guy’s path to where he is right now is one that they should take a look at,” McLellan said. “Little later in development, finding a role. He was an offensive guy in college, he still has that in his game, but he’s been able to add to it and take on defensive responsibility. He’s worked his way into a permanent position in the NHL in my opinion.”

The 26-year-old winger also had a productive World Championships, as he won a bronze medal representing Team USA. Moore tallied five goals and nine points through the tournament, ranking tied for sixth amongst all skaters in both categories. Moore played as the top-line center with Team USA, showcasing his ability to fill just about any role in the lineup, and produce successfully in doing so.

Moore is now one of 15 forwards under contract for the 2021-22 season that played NHL games with the Kings a season prior, and that’s not including a few RFA’s still outstanding. Moore’s roster place is not in any doubt – a contract of nearly $2 million per season to prove it – it’s a matter of where he slots in moving forward. With his versatility, it shouldn’t be hard to find him a place.