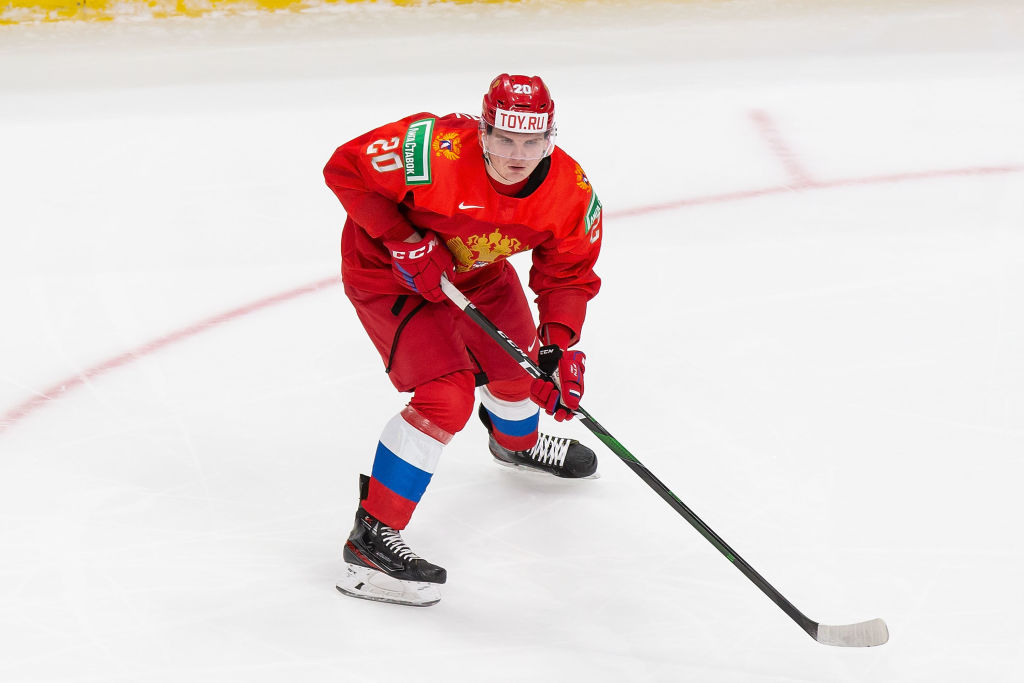 The LA Kings have selected defenseman Kirill Kirsanov with the 84th overall pick in the 2021 NHL Draft!

The Kings acquired this selection from the Calgary Flames, in exchange for third-round (89 overall) and sixth-round (168 overall) in this season’s draft.

Via The Athletic’s Corey Pronman
Kirsanov is an interesting player because he’s a well-rounded but boring player. You’re not going to see him make some end-to-end highlight-reel rush. He’s 6-foot-1 and doesn’t put up a ton of points, but every coach he plays for leans on him. His minutes kept going up at the world juniors, he’s already played for Russia’s national team at the senior level, and he held his own on a good KHL team and got playoff games. He’s very intelligent with the puck, he skates quite well, kills a lot of rushes, and has enough puck skill to play on a power play, although that may not be his role in the NHL. I could see him being a solid two-way defenseman at the NHL level, though. His conditioning is a minor issue. He also signed a two-year extension with SKA. In a sentence, Kirsanov projects as a reliable top-four defenseman who may not put up a lot of offense, but I’m not ruling out him being on an NHL second power-play either.

Via ESPN’s Victoria Matiash
When defending at his best, Kirsanov is a goalie’s best friend. A defensive defenseman by definition, this smooth skater doesn’t sport a lot of flash. He doesn’t often contribute to the scoresheet. What he does do is diffuse dangerous situations in his own end, habitually creating opportunities for his teammates in transition. An intuitive, smart defender, Kirsanov will strengthen any NHL blue line with his stalwart approach to the game.

Quick Take – The Kings have made three selections today, all of which have been acquired via a trade-up. The Kings moved up or into the second round twice earlier today, and now traded their final two owned selections to move up in Round 3 and select Kirill Kirsanov. Kirsanov was ranked as highly as 16th overall by The Athletic’s Corey Pronman and played a full season in the KHL with one of the league’s top teams in SKA. A good profile, and a player who is already thought of as being a reliable and sound player. Like Helenius, Kirsanov played in the World Juniors as an under-aged player, as he tallied a goal and an assist with Team Russia.