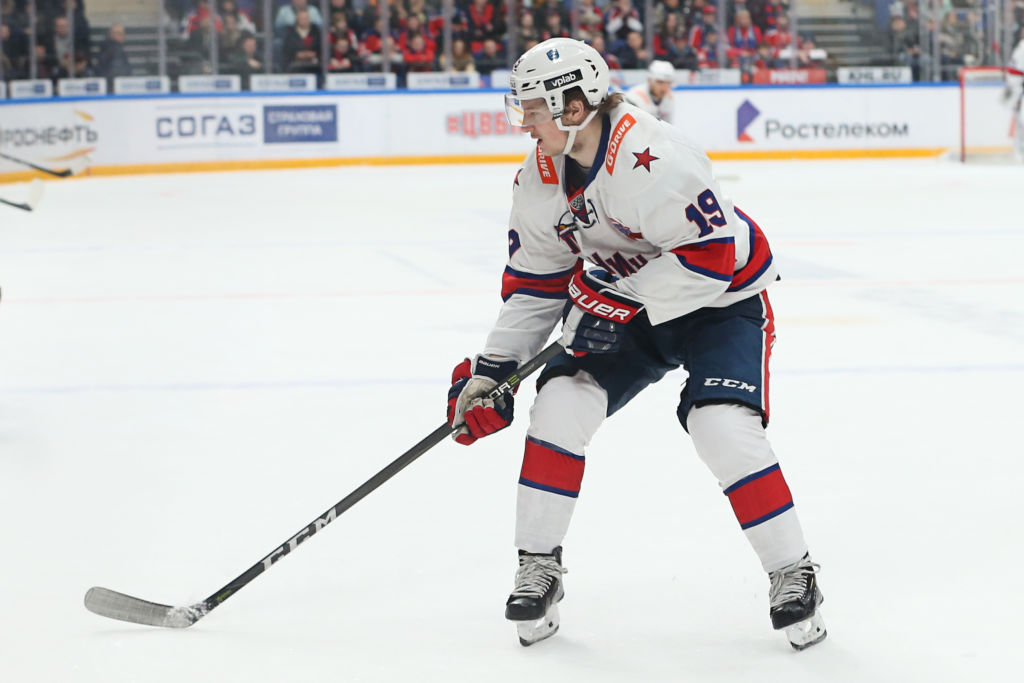 The LA Kings announced today that they have signed forward Vladimir Tkachyov to a one-year, entry-level contract worth $925,000 at the NHL level.

Tkachyov is regarded as an offensive, playmaking forward who adds another option to the group of forwards vying for forward positions with the 2021-22 Kings.

The 25-year-old winger joins the Kings organization from SKA St. Petersburg in the KHL, where he led his team in scoring during the 2020-21 season. Tkachyov collected 38 points (11-27-38) from 45 games played, topping the charts in assists and points. Tkachyov also led his team in scoring during the 2019-20 season, with a KHL career-best 42 points, and appeared in the KHL All-Star Game in both 2018 and 2020. In his KHL career, also including time with Ufa Salavat Yulayev, Vladivostok Admiral and Omsk Avangard, Tkachyov tallied 185 points (62-123-185) from 254 games played.

Tkachyov has reached the KHL Conference Finals on two occasions, including the 2020-21 season. He led his team with seven assists during the postseason, as he totaled eight points (1-7-8) from 11 games played.

In his junior career, Tkachyov skated in two seasons in the QMJHL with Moncton and Quebec from 2013-15, collecting 79 total points (26-53-79) from 66 games played. He went on to add 25 points (13-12-25) from 27 postseason games played, as he helped Quebec reach the QMJHL Final in 2015. As the host city that season, they advanced to the Memorial Cup where he also tallied three points (0-3=3) in five games, reaching the semi-finals before falling to the Kelowna Rockets of the WHL.

Tkachyov initially agreed to an entry-level contract with the Edmonton Oilers in 2014, after he went undrafted earlier that year, but the contract was rejected by the NHL, with the league stating that Tkachyov was ineligible to sign an entry-level contract until 2015. The NHL’s CBA stated that undrafted players from the CHL needed to play a full season in North America in order to be eligible to sign with an NHL club. Tkachyov then returned to Russia to begin his professional career.

Internationally, Tkachyov has represented Russia on the Euro Hockey Tour, and at the Deutschland Cup, as well as in the Jr. Super Series at the youth level.