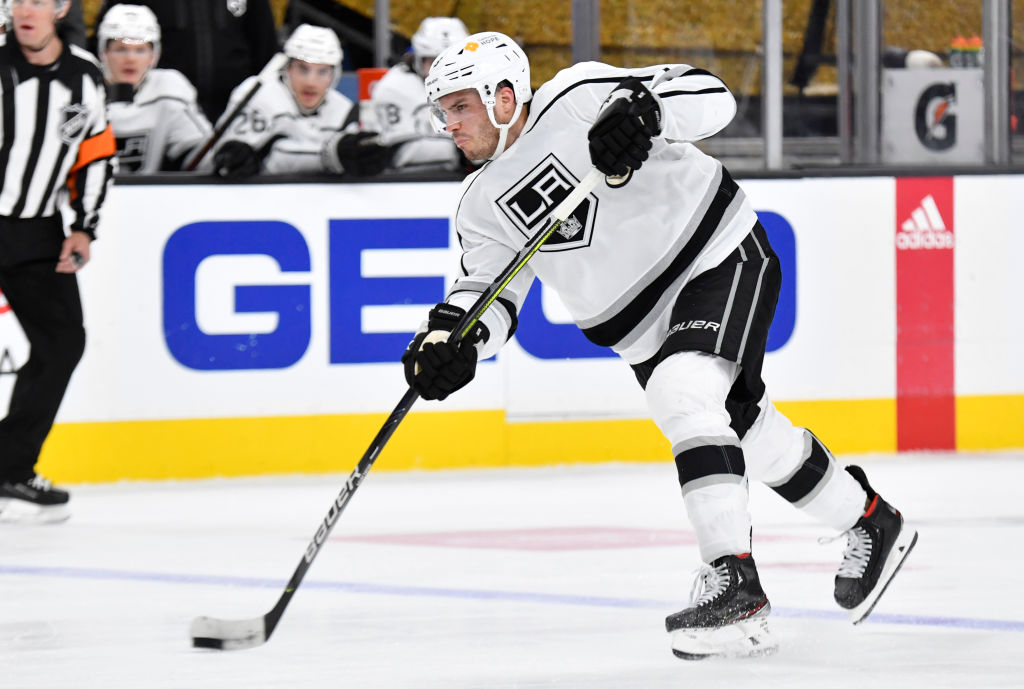 The Los Angeles chapter of the PHWA announced this morning that Kings defenseman Matt Roy is the team’s nominee for the 2021 Bill Masterton Memorial Trophy, awarded to the NHL player who “best exemplifies the qualities of perseverance, sportsmanship, and dedication to ice hockey.”

Each team around the league will have one player nominated, as selected by credentialed media that cover the team. Roy is a great choice for the Kings, having suffered multiple setbacks this season, but still delivering his usual, steady style of hockey when on the ice.

Roy suffered a concussion back in late-January, after a vicious check from behind by Minnesota’s Kevin Fiala, which cost him five games, as well as the rest of the game in Minnesota. Later in the season, Roy was added to the NHL’s COVID Protocol list, which kept him out of game action for another seven games. The Kings went 3-8-1 in Roy’s absence and then won in Roy’s first game back in the lineup on both occasions when he missed time.

A former seventh-round selection, Roy worked his way to the league from unheralded Michigan Tech in the NCAA to the AHL’s Ontario Reign to a well-deserved NHL role. Roy solidified his future with the Kings organization on March 21, with a three-year contract extension, that ensures his place in the lineup moving forward, while also providing another mentor to young, up and coming Kings defensemen.

Matt Roy on being nominated for the Masterton Trophy
It’s an honor to be selected. It’s not every day you get nominated for an award like that, so it’s pretty cool. There’s been a lot of hard work, not just myself but with the team and the staff helping me to get back in and playing this year. I’m thankful for everyone that’s helped me and I’m glad to be back.

Roy on overcoming his concussion and time on the COVID list this season, and being recognized for it
It’s nice to have a little recognition, but I think it’s been a hard year for everyone, honestly. There’s been a lot of sacrifices with the protocols and COVID and I think that the players, coaches and staff here, everyone has done a good job of working through some hardships this year.

Todd McLellan on Matt Roy being nominated
I think he’s a great selection, the media made a great choice. He’s a quality individual, he cares deeply about his team and the community and he’s fought hard this year to overcome a few things, health-wise. He’s been a big part of our team, good choice.”

From the PWHA’s Official Release –

Nothing has come easy throughout Matt Roy’s professional hockey career. Roy played three seasons in the collegiate ranks at Michigan Tech and entered the Los Angeles Kings system as an unheralded 2015 seventh-round pick (194th overall). Matt played 57 games over two seasons for the Kings’ AHL Ontario affiliate before getting the call to Los Angeles during the 2018-’19 season. During his rookie campaign, his steady presence earned him a spot as a top four defenseman on the depth chart.

in his first full season under Coach Todd McLellan’s tutelage Roy emerged as a dependable 20-minute-a-night backliner. At the conclusion of the 2019-’20 season he was named by the local media the top newcomer, best defenseman and defensive player on a roster that includes Anze Kopitar and Drew Doughty.

His progression continued this season but not without challenges. While serving as a mentor to blueline rookies Mikey Anderson and Tobias Bjornfot, his season has been interrupted twice. He was sidelined for five games with a concussion in February and contracted COVID-19 in March that saw him miss seven games.

The better news is that on March 21, Matt became a fixture on the Los Angeles blueline by signing a three-year extension worth $ 9.4 million to which McLellan remarked, “He deserves every little bit of it, and you know we have a ton of confidence in him. With the reward now comes a lot more responsibility, and that’s part of becoming a veteran in the league.”