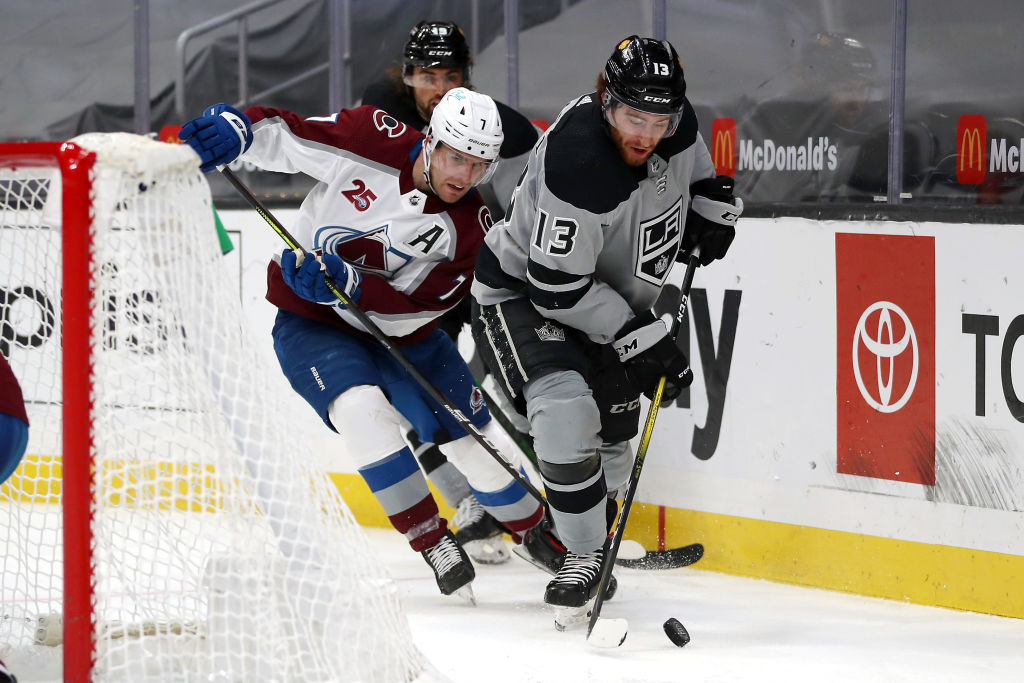 Your reaction to the games this weekend against Colorado would likely depend on your expectations going in.

If you were clinging to the mathematical possibilities of the postseason, you’re likely disappointed. If you’re aligned with where Todd McLellan has said the organization is at and you’re looking at these games as a part of the evaluation process for next season’s roster, you’d probably come away with some positives from a collection of players who played well, and some negatives from some others. If you’re in the “constantly refresh Tankathon” boat, then you’d probably be pretty happy that the Kings were competitive against strong opposition, but eventually lost both games, setting the team up for slightly better lottery odds.

From a pair of 3-2 defeats, we learned a number of things about the Kings and where they’re at.

In terms of comparison to what I believe to be the best team in the West Division, we learned that the Kings are still a ways off from that level. Despite the Avalanche missing their number one center, another Top 6 forward and a Top 4 defenseman, we saw first-hand how good that team is and how deep they are throughout the lineup.

There is an apparent gap between where Colorado is in the process and where the Kings are at. The Avalanche are built to win right now, with depth throughout their lineup that has them among the Cup favorites entering the postseason. The Kings aren’t there yet, past the descent of the past two years but still in the early stages of ascending back up.

McLellan has referenced “where we’re at right now” a few times over the course of the two games this weekend and prefers to play against teams like Colorado, at this stage, compared to games against teams outside of the playoff picture.

“It’s better for us to play in these games right now than to have some token games against some teams that maybe aren’t in the playoffs,” he noted. “It’s a good evaluator.”

In terms of the Kings as individuals, we’ve seen certain players state their case for their positions within the organization heading into an important offseason. The games in Arizona, these games against Colorado, and the three games moving forward are used in that context.

“The pure organizational evaluation of individuals right now,” McLellan said yesterday. “If you haven’t already won a job or lost a job, this is when it’s beginning to really happen. We’ll probably remember the last five games a lot more than we’ll remember the first five, so without putting pressure on a whole bunch of players, that’s just how it is. Next year, another crop comes in and it challenges. Attrition is a good thing for every team in the league and we’re getting younger and we’re moving forward. If you’re not along for the ride, if you’re not getting better, we’re going past you. A great challenge for some of the guys that have been here for a little while, keep your job.”

I mean, if we’re talking about individual evaluations, how good has Lias Andersson been since he was reinserted back into the lineup? Andersson had a primary assist in both games against Colorado, driving hard to the net to create a rebound on Friday, before making a great read to Rasmus Kupari on Saturday, setting up the latter’s first-career NHL goal.

Since April 28, with Andersson on the ice, the Kings have controlled more than 53% of shot attempts, more than 58% of scoring chances and more than 77% of high-danger chances. Andersson has points in three straight and has logged more than 14 minutes in four of his last five games, after not breaking the mark in his 39 games played prior, dating back to the 2018-19 season.

Andersson has flanked Gabriel Vilardi and Alex Iafallo on a line over the last four games, the Kings most consistent unit in that stretch. As you look towards next season, how have each of those three players affected their profile and standing within the organization?

Iafallo is unchanged, with his four-year extension cementing his place in the long-term plans, affirmed by him wearing the “A” with Dustin Brown out for the season. Vilardi was expected to enter the season as the second-line center, off of his exciting finish to 2020. In spurts he has shown he can be that, in spurts the inconsistencies of a young player have also shown up. His most recent stretch, after he was a healthy scratch, has been perhaps his best of the season. For Andersson, what role has he earned moving forward? He showed patience as he was shuffled in and out of the lineup earlier this season, patience as he was assigned to the AHL and he is now reaping the rewards. As we’ve seen, a 10-game sample at the end of a season doesn’t necessarily translate to an 82-game season, but Andersson is looking the part of a middle-six winger and figures to have upped his own status as the team evaluates its needs in the offseason.

“Lias has a ton of confidence right now because he was patient enough with us to go there and find his game,” McLellan said. “He’s become a very effective player for us.”

The evaluation process applies to so many in the lineup right now, really to anyone who played this weekend that is not named Doughty or Kopitar. It’s not just about will a player earn a roster spot next season, either, but also about what role they might slotted for.

There are plenty of individuals in both of those buckets, some pushing for more of a defined role moving forward, some who probably seem to have their place within the organization just about pegged, and others who have perhaps not shown what has been needed to have a solid grasp on a roster spot beyond Thursday’s season finale. Seeing how certain individuals stack up against Colorado is a good test of that, considering the type of team that the Kings will need to learn to be to truly progress.

Looking ahead, it’s the home final tomorrow evening against St. Louis, followed by the final two games of the season in Denver against the Avalanche. There’s not necessarily one play that someone will make over those three games that will make or break them, but the character, intangibles and adjustments shown are things that will be monitored, factoring into the overall process of evaluation.

Enjoy these last three, before the offseason ahead.