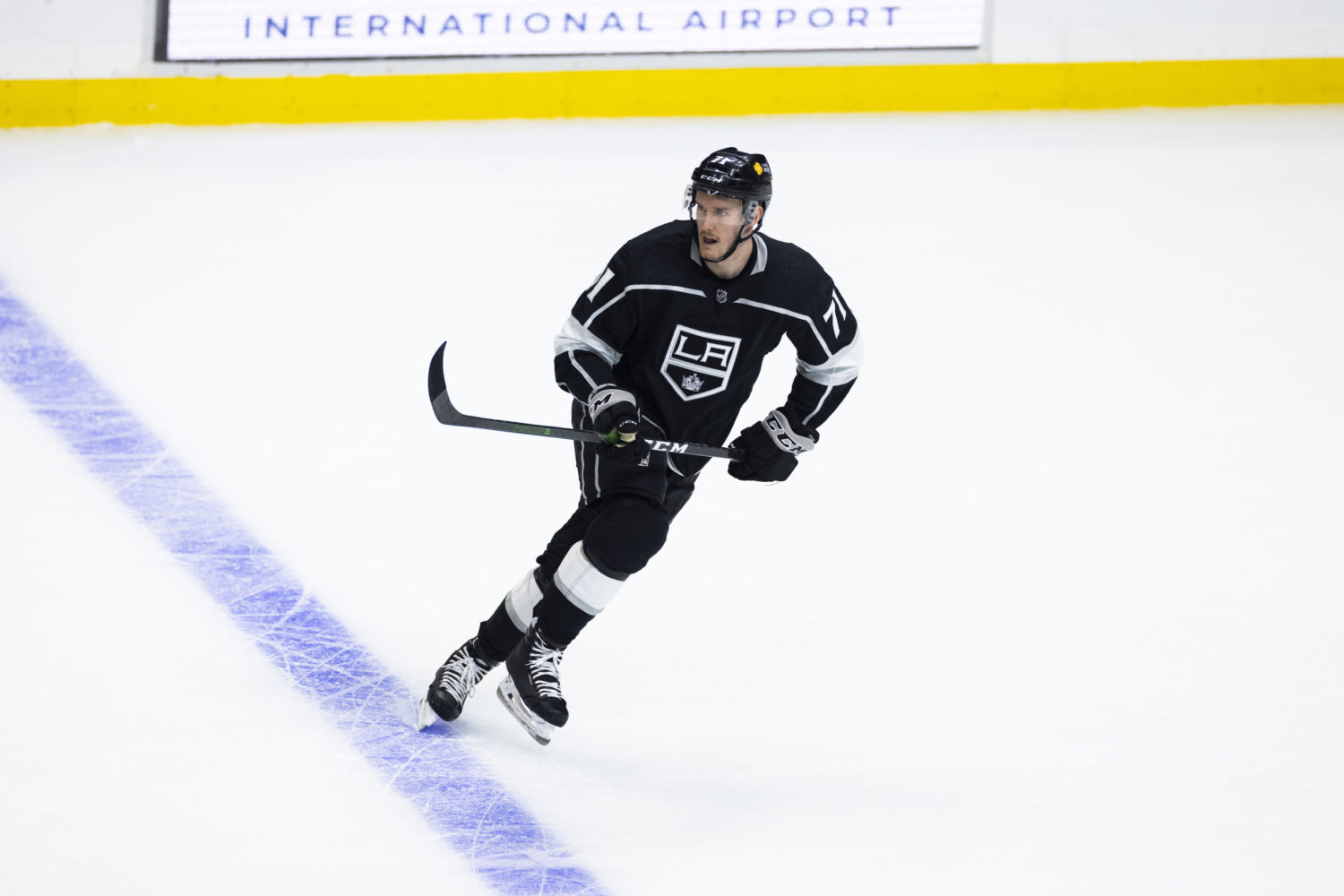 Several roster moves today from the LA Kings, with a total of eight players moving between the active roster, taxi squad and Ontario Reign.

Seven of those players were on the move this morning, before practice, shown below in emoji form.

What it shook out to this morning was the following alignment for practice, before the Kings departed for San Jose.

Of note, goaltender Troy Grosenick did not practice today, but is expected to travel with the team to San Jose and is still on the taxi squad.

Defenseman Olli Maatta practiced for the first time in a regular jersey, after he was in a red, non-contact sweater over the last four skates. Todd McLellan previously said that Maatta would travel with the team to San Jose this weekend, and is an option to play in the team’s two games.

Among the players recalled, defenseman Christian Wolanin skated for the first time in a Kings practice jersey, after he played two games with the Reign this past week. The Quebec native has three assists from those two games played, and a +2 rating, with last night’s win over San Diego coming with just five defensemen in the lineup for Ontario, on the second half of a back-to-back.

With regards to Luff and Andersson, both return to the taxi squad after impressing with Ontario. Luff featured in three AHL games and had a point in each game, including two goals on Tuesday against Bakersfield, and the game-winning goal in Irvine last night. Luff had a team-best 16 shots on goal over the three games. For Andersson, he tallied his league-leading third shorthanded goal last night versus the Gulls, and he’s tallied 11 points (4-7-11) from 11 total AHL games played.

Forward Martin Frk was placed on waivers yesterday morning and cleared earlier today. Frk was then assigned to AHL-Ontario, where he will have an opportunity to return to game action.

The congested schedule at the NHL level right now doesn’t leave much time for extended practices, and perhaps giving Frk the chance to get into some more intense practices, and some game action, with the Reign could be a good thing. Frk is a dominant offensive player in the AHL and proved to be an NHL contributor when given the opportunity last season. Hope to see him back and healthy some time soon.

The Kings return to the ice tomorrow in San Jose, before tomorrow evening’s game versus the Sharks.