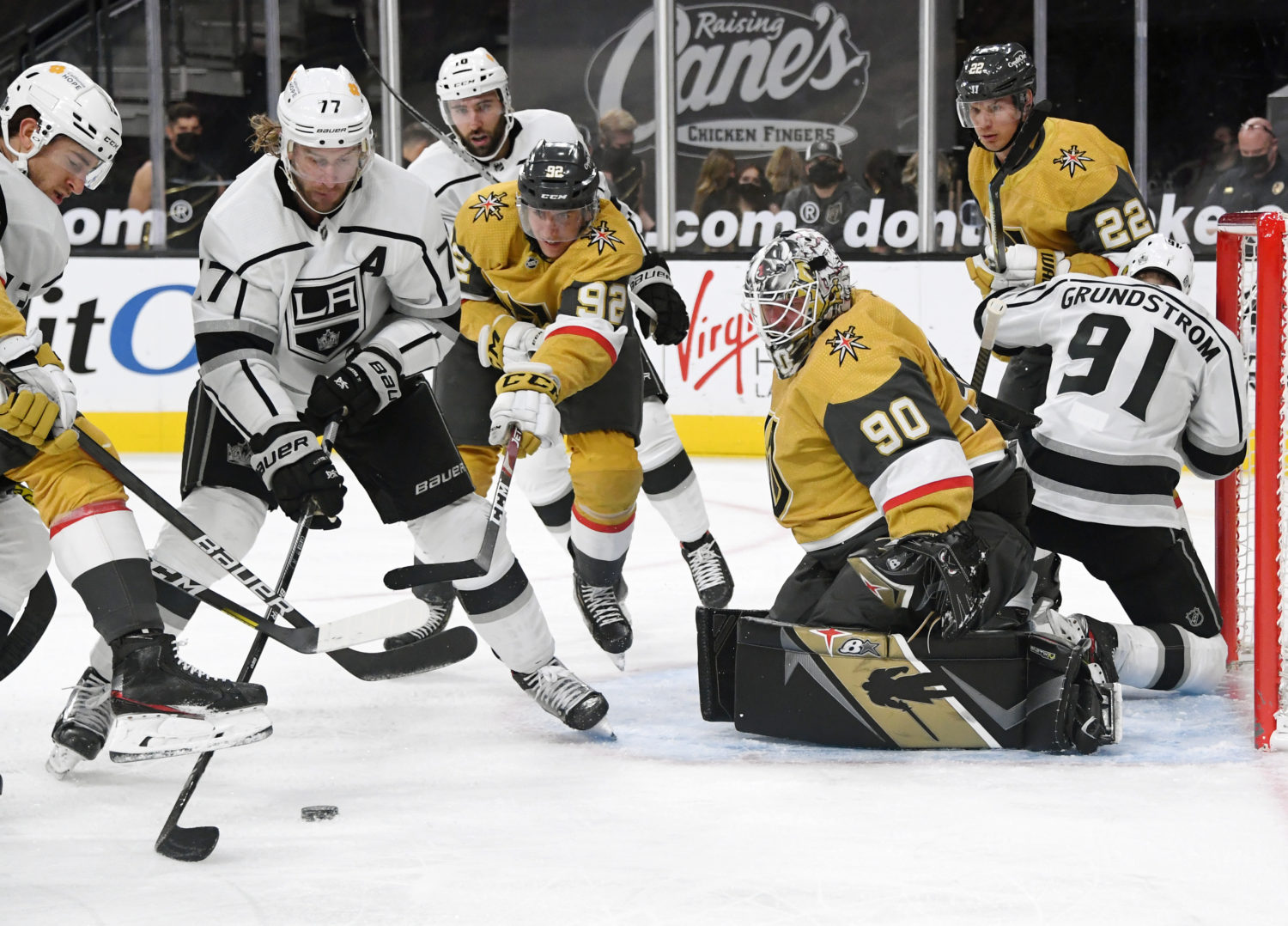 Similar to the set of games in St. Louis, the Kings played one good game and one bad game in their two-game series against Vegas.

But, at the end of the day, that not what counts, because what was different between the set of games in St. Louis, and the set of games in Vegas is the final scores. In a results-driven league, the Kings dropped both games against the high-flying Golden Knights, departing Vegas with no points from two games played.

Entering Friday’s game, Vegas was perhaps as big of an unknown as the Kings have faced. Not because of their personnel, or their abilities, but because the team hadn’t played in 10 days due to their presence on the NHL’s COVID-19 protocol list. I wondered whether the Golden Knights would come out flying and well-rested after the time off, or rusty, as a result of not playing in so many days.

The answer on Friday was clear. Vegas overwhelmed a young Los Angeles group, especially on the backend, with their speed in transition, making the Kings pay repeatedly for allowing odd-man rushes. In a 5-2 victory, Vegas scored four goals off of odd-man rushes into the offensive zone and a fifth on the power play.

“Their speed overwhelmed us, that’s pretty evident,” Head Coach Todd McLellan said, after game one. “The transition from offense to defense, their defenseman jumping into the rush, our D handling anything outside with any type of pace. We did a poor job, and it took us quite a while to adapt to it, and by then it was too late.”

Night two was better. The Kings showed that the best way to cut down on an onslaught of odd-man rushes against was to control the puck offensively themselves. The Kings created more high-quality offensive opportunities yesterday afternoon than they have in any game since the win in St. Louis. With “more polish”, as McLellan put it, or really even just a bounce or a break, the Kings could have had more than the three goals they scored.

“I thought we did a much better job than we did in games prior,” McLellan said, after yesterday’s game. “If you go back to the game in Los Angeles, when we played against Anaheim, we were non-existent in that area. Today, against a good team and a good goaltender, I thought we created a lot of good looks. I thought we kept plays alive in the offensive zone, if we had a little more polish we would’ve had one more, thinking about that power play, the one-timer across the Kempe, had a great opportunity there. Offensively, I thought we improved as a team today.”

But, at the end of the day, they didn’t have, or get, those things. And that’s what makes yesterday’s loss sting a bit more.

In a two-game series, it’s important to earn at least a split. If you can play around .500, you stay in the hunt. The more you get swept, the further back you fall, unless you can piece together some sweeps of your own. There’s going to be nights like Friday, where the Kings were simply outskated by an experienced team that is expected to contend for a Stanley Cup this season. Then, there’s games like Sunday’s matinee, where you play right with that team, and still come out a goal short. Those are tough to take.

But, we press on.

Over the past three games, we saw a number of things develop. We saw the importance that Matt Roy and Sean Walker have on the group of defensemen. While it wasn’t necessarily one member specifically of the current group that was at fault, losing two of the three right-shot defensemen on the blueline, both of whom now have full seasons of NHL experience, was a tough pill to swallow. Those two players would have helped against Vegas.

We also saw the three-goal marker come into play, that McLellan has noted on several occasions this season. Sunday’s game was another example of if the Kings had defended the way they want to defend, three goals would have been enough. It also, however, showed the importance of scoring more than three goals when you don’t defend to that level. On Sunday, the Kings really needed that fourth goal, and had several opportunities from high-danger areas to do so. You get one or two of those additional chances to go, and we’re talking about chances that could have been converted, and maybe it’s a different story.

We’ve also seen that certain individuals have performed well, despite the team struggling to do so as a whole. The Kopitar line was good on Sunday, and all three members of that unit are above 50% in terms of puck possession metrics this season, the only three regulars on the team in that boat. Forward Adrian Kempe also continues to produce offensively – Through 11 games, Kempe has seven points, despite playing on a variety of different lines. That translates to 52 points over an 82-game season, which would be a damn nice season. It’d be hard to fault goaltending at all this weekend, considering the quality of the chances they faced, but through it all, Cal Petersen has a .925 save percentage from six appearances.

Where it all leaves the Kings, is at the bottom of, but still in the midst of, a group of five teams in the West Division that have yet to separate themselves from the pack, for the fourth playoff spot in the division. Despite a four-game losing streak, the Kings are still just a few points back, with four home games coming up against San Jose and Minnesota, two other teams in that pack. At 6-5-0, the Wild are the only team above .500 in that group, and they are just that lone game over. Finding success against that group of four opponents will be key as the Kings progress forward. 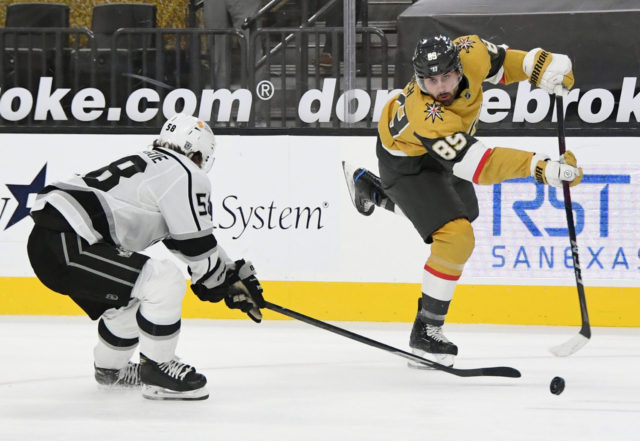 The team is off today, following yesterday’s travel, and returns to the ice tomorrow for morning skate at 10:30 AM at Toyota Sports Performance Center.