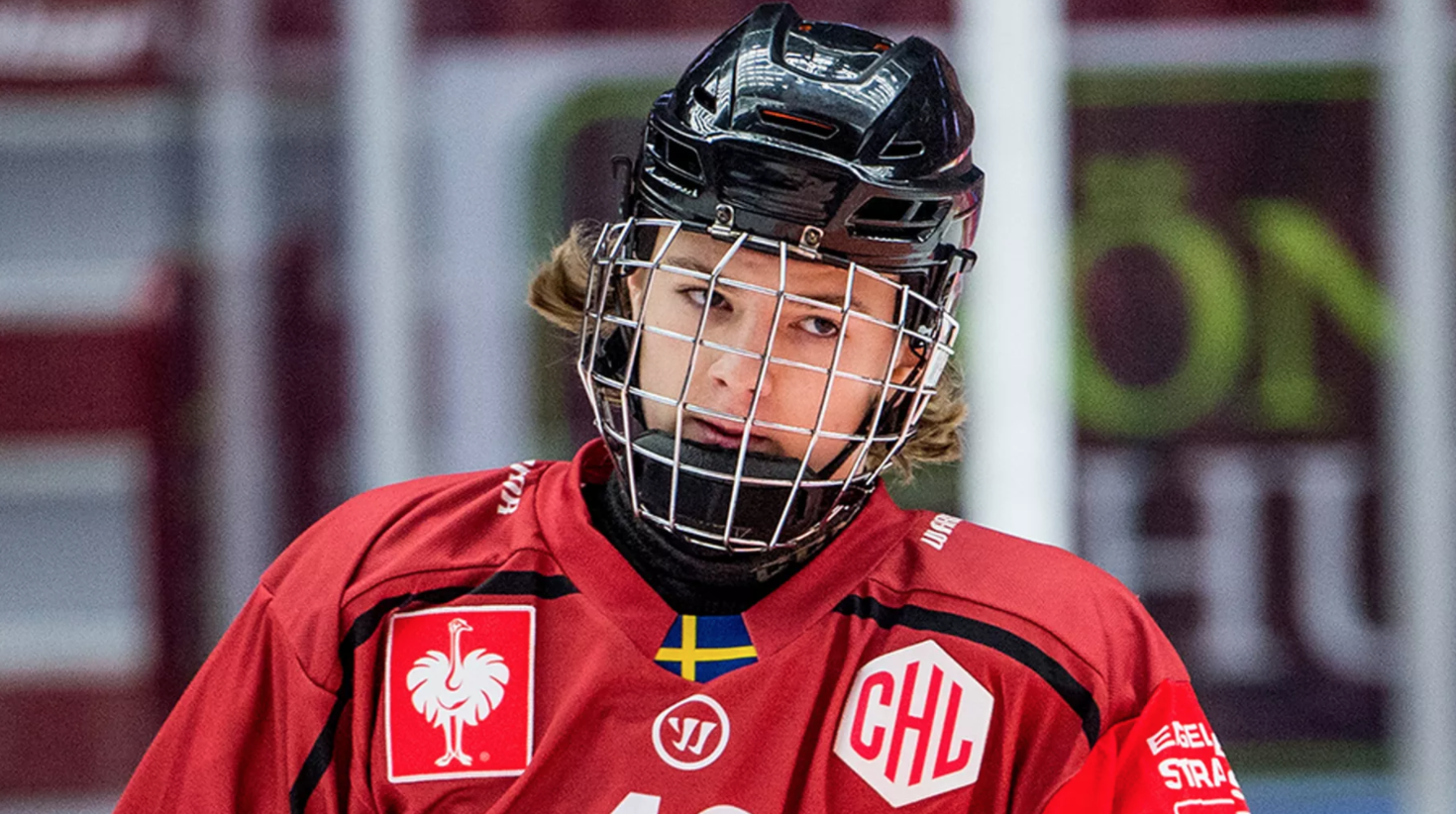 The LA Kings have selected defenseman Helge Grans with the 35th overall pick in the 2020 NHL Draft!

Via Corey Pronman (subscribe to The Athletic here)
Grans is an interesting player with a profile that tends to project out well. He’s produced well at the junior level, played a lot of SHL games (albeit in limited minutes) and worked his way into a regular role on Malmo’s power play. He’s been a top player for Sweden’s U18 team and often the anchor from the point on the power play. I’ve seen very good flashes from him over the years, as he can make some very good passes from both ends and has a hard shot from the point. There’s a lot of times I’m left wanting more. I’ve seen a lot of games he makes little happen offensively and his average feet are exposed defensively. I wouldn’t call him a top-end puck-mover or defender, but he’s got enough tools and track record to make me think he has a fair shot to make it.

Via ESPN’s Chris PetersGrans has a lot of good tools that teams search for in defensemen, including size and pretty solid passing skills. My biggest concern is his skating. The footwork is fine, but speed is only average, which is concerning in terms of defending a forecheck and retrieving pucks. But when he has the puck, there’s not a lot of worry in his game. Grans makes good reads and smart, accurate passes.

From McKeen’s HockeyGrans has control over his surroundings and plays with strong gap control and can be very effective with strong reads, good stick work and strong backwards skating. He is a solid defenseman away from the puck. He still has flaws as he can get stuck a bit too deep in his own end (which probably is a bigger problem in the bigger European rinks), but I like the way he processes the game.

What His Coaches Said – Magnus Havelid (via Pronman)

He understands the game very well. He knows when to jump up, he sees the game offensively and he can shoot it.