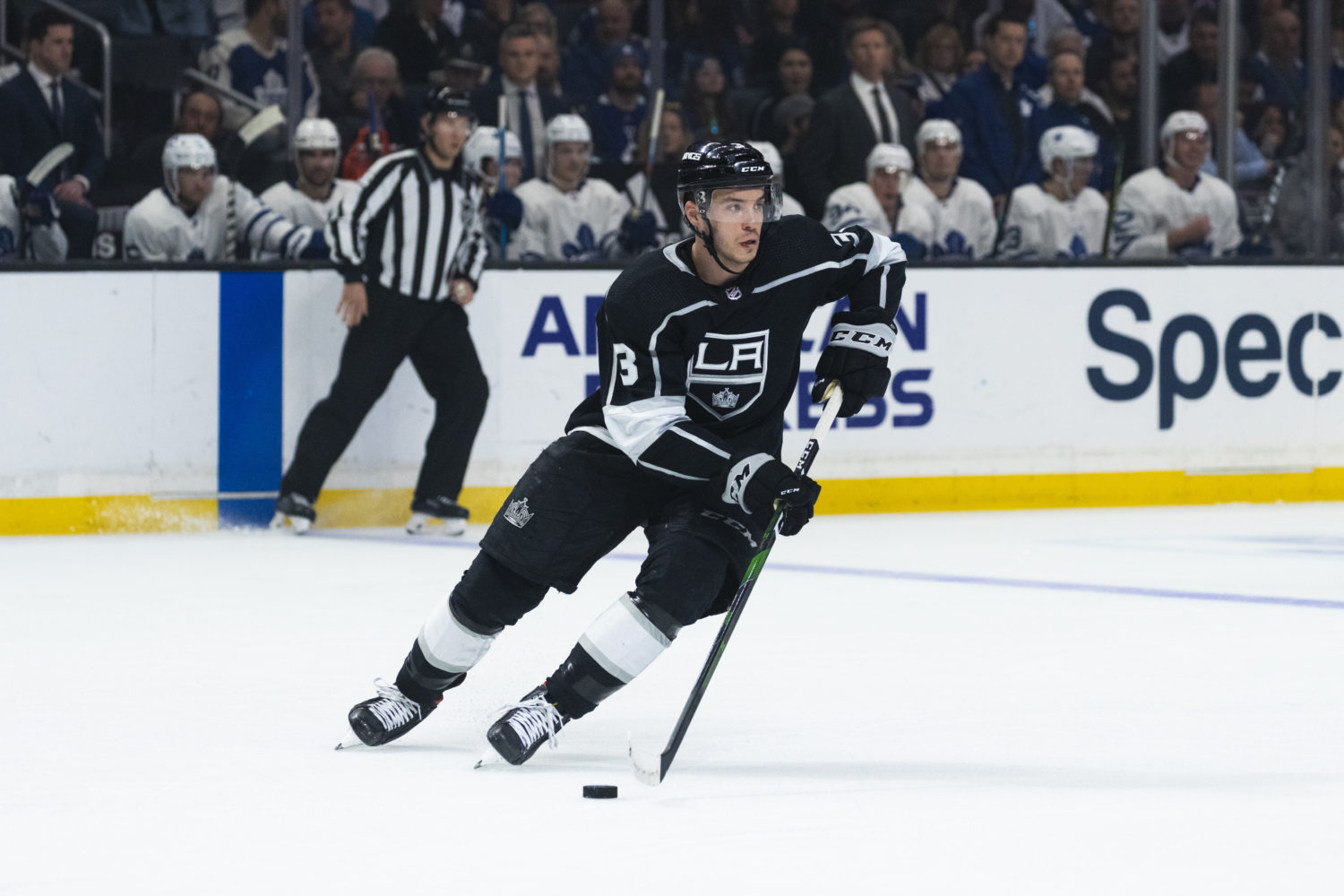 Coming off of a strong introduction to the NHL at the end of the 2018-19 season, Matt Roy was looking to turn dipping his toe in the water into a full on swim. But it didn’t happen right off the bat.

Roy was -4 over his first three games of the season and his play wasn’t up to the expectations that he himself had set, or what his Head Coach Todd McLellan expected. An early season meeting between the two, in McLellan’s noted black-and-white approach, helped to smooth things out.

“Pretty direct meeting with him,” McLellan said in the aftermath. “He’s responded ever since.”

For his part as a player, Roy was open minded and ready to learn, with a positive approach to the interaction. That’s not to say he was excited to be told what he was about his early-season play, but he received the message in the right way.

“It was definitely a productive meeting,” Roy said. “[McLellan] just told me what he thought, 100 percent honesty, and I think at the time that was exactly what I needed to hear, even though I didn’t really like what was being said. Sometimes you just need to face facts.”

From there on, Roy started to grow into the player that those who watched in the AHL with the Ontario Reign had come to expect. It wasn’t an overnight transition, it wasn’t 0-to-100 in a single day, but gradually, the still by definition rookie defenseman began to find his stride.

“It wasn’t really a flick of the switch and all of a sudden I was just playing great, it was more of a gradual buildup,” Roy said. “I think that was more of it carrying over game-to-game from there. Once I focused and at the same time relaxed my game a little bit, I was able to react out there and it allowed me to be consistent.”

Though not overnight, and perhaps not visible if you just watch the highlight reels, Roy’s game began to curve upwards, despite the Kings’ up-and-down season overall as a team.

Known mostly for his defensive game, Roy began to contribute offensively as well. It’s only natural for a rookie defenseman to focus on his own end first, as Roy did during his time with the team in the 2018-19 season. It’s safer, and you’re less likely to make mistakes playing that way.

By Roy’s own admission, it’s an approach he’s always taken at a new level, and he solidified himself during his first NHL action as a steady, defensive defenseman. However, as the 2019-20 campaign progressed into the winter months, he began to exchange that label for one as an effective, two-way blueliner.

“I think, naturally, looking back at my whole career, juniors and college as well, I’ve tended to start a little bit more slowly offensively and just focus on my defensive game, because that’s where I feel I’m best at,” Roy said. “As confidence grows, you feel like you can take more chances or make one play rather than the other and things work out. I think, just as confidence builds, you’re able to make different plays and take a little bit more risk in your game.”

After a scoreless October, and a progressing November, Roy broke out offensively with seven points from seven games in early-to-mid December. He had the assist on the game-winning goal against the New York Rangers on December 10, followed by assists in wins over Anaheim and Detroit.

A defining moment came a few days later, on December 17 in Boston. With the Kings down by a goal late in regulation, McLellan trusted Roy with being on the ice in search of a late goal. The then 24-year-old defenseman responded with the game-tying goal to force overtime, a game that the Kings eventually won in the extra session. From a player in a meeting about his performance, to a player looked upon to help facilitate a late goal two months later….quite the evolution for Roy.

“It’s a great feeling,” Roy said, of being used in that situation. “Obviously there’s some pressure that comes with it, but I love having that opportunity and I think my job in that situation is just to funnel pucks to the net as much as I can, make the right play like that, and I think I tend to do that well. I’m glad [McLellan] sees that too and he can put the trust in me.”

The offensive counting statistics that came in that bunch only supported what the possession metrics said about Roy’s game. For the season as a whole, among defensemen with at least 60 games played, Roy’s 56.0% SAT% was fourth best in the NHL, while his USAT% at 56.9% ranked second best with the same parameters. The Michigan Tech product was one of three defensemen with a +200 differential in shot attempts and a +250 differential in unblocked shot attempts. 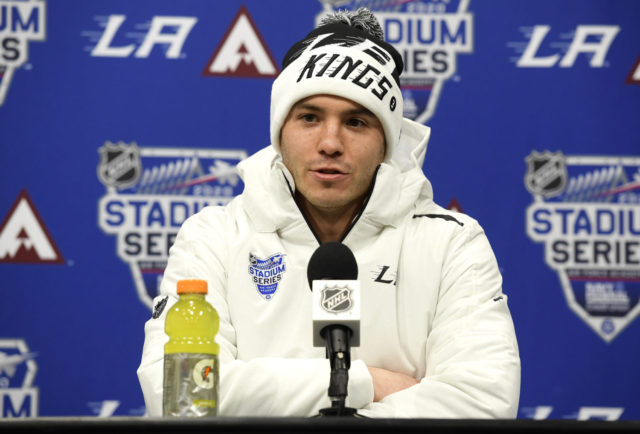 The improvements, and successes, in Roy’s game were taken note of by several throughout the Kings organization. The role of the top right-shot defenseman in LA figures to be occupied for the foreseeable future, with Drew Doughty cemented in, but the former Norris Trophy winner saw tremendous growth from Roy, who Doughty feels can only bolster that area of the Kings roster.

“I always knew [Roy] was a decent player, pretty calm, good defensively, but I didn’t realize that he had the offensive upside he had, I was really impressed with his season,” Doughty said. “I don’t know how he ended up being the plus in the plus/minus department, besides stealing all the pluses from me. He really impressed me and he’s a great guy and a hard worker. He’ll be a guy that we’ll want to keep around in our organization for a long time.”

The Michigan native’s play resonated with the coaching staff as well, in addition to his teammates.

Trent Yawney, Kings assistant coach, runs the defense within McLellan’s system. By the end of the season, and as the coaching staff began to understand and appreciate the qualities that Roy brought to the ice, Yawney found himself not only impressed by how Roy handled the role he was given, but looking for ways to get him involved with more minutes.

“Once he got his game in order, I’ve never seen a young player or been a part of an organization with a young defenseman like Royzee, who was so consistent from start to finish,” Yawney said. “He was probably, and arguably with the coaching staff, our best defenseman. I was looking for more minutes for him. He could’ve handled more minutes towards the end, getting him into the 20-range.”

While he took noted strides in his first full season at the NHL level, the Michigan Tech product knows he won’t be resting on his laurels heading into his sophomore season. With another year of improvements, and a continuation of the work ethic and consistency displayed as recently as March, things could trend even higher for Roy.

“I can always improve all aspects of my game,” Roy said. “I want to stay a steady defenseman, I want to take care of the d-one first and make good breakouts, I think that helps me to build offense. If I can do that, I think the games will be a lot easier.” 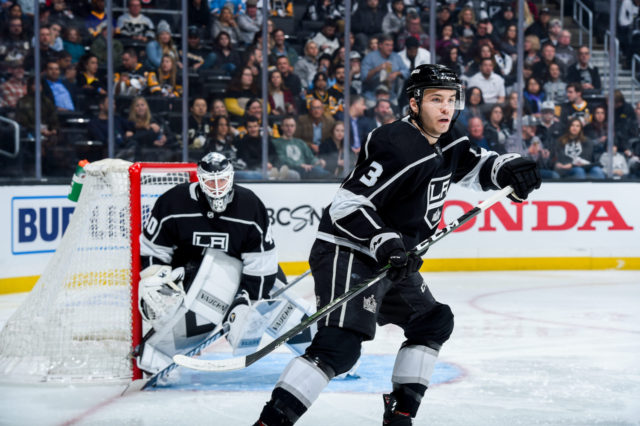