Petersen to start vs MIN; competition for ice time; Kempe “playing with authority” 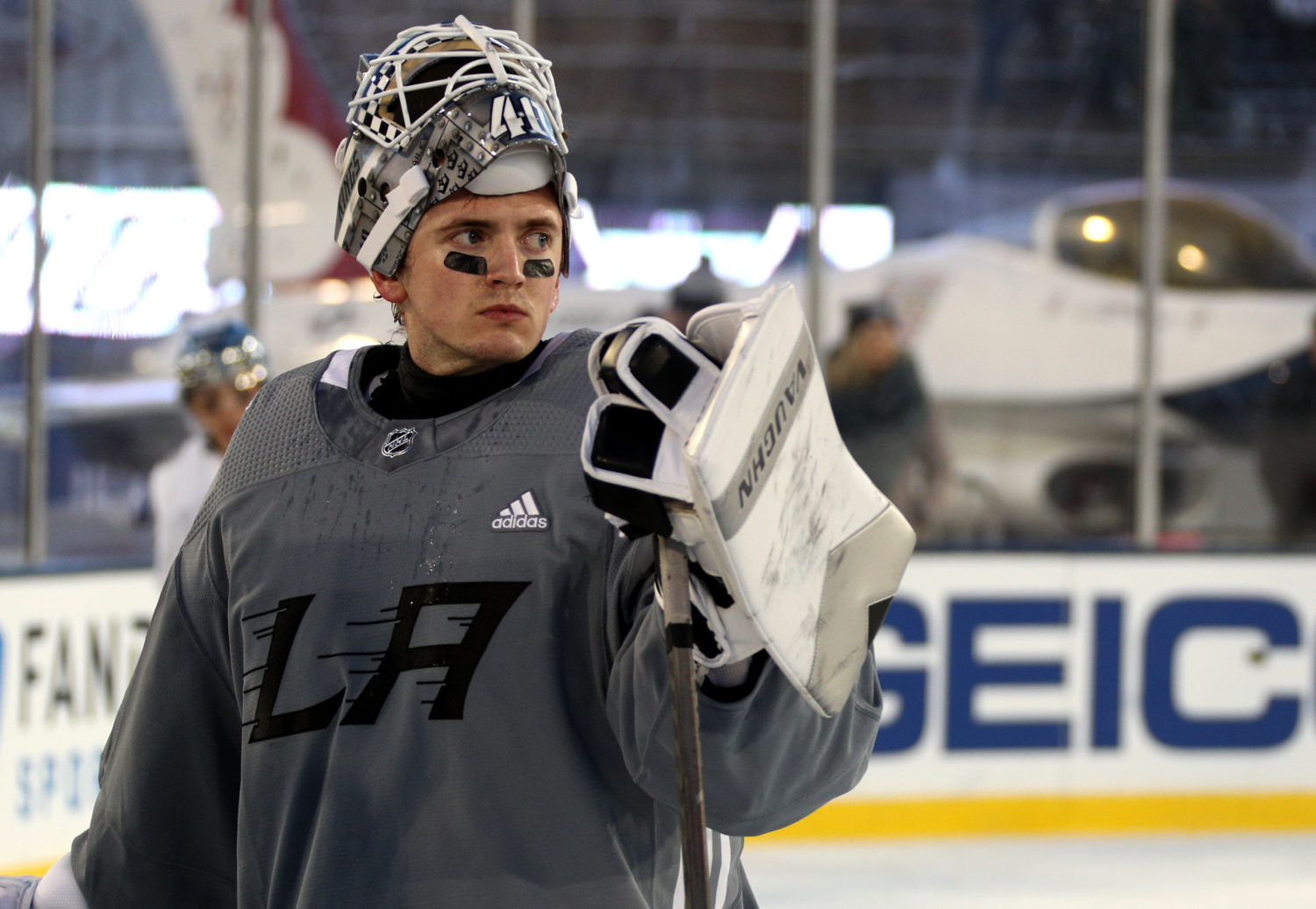 INSIDERS. A fine Friday evening to you and yours. Thanks for the well-wishes on Twitter and LAKI – I’m feeling a touch better and am planning on covering Saturday’s matinee. Cal Petersen will draw his first career start against Minnesota, Todd McLellan confirmed during Friday’s media session. (Stick taps to Alex Faust for passing along today’s audio.)

Todd McLellan, on Thursday’s 1-0 shootout win:
When you think about it, there’s two points handed out and nobody scored a goal. It’s a strange night where both goaltenders ended up with a shutout and points are rewarded, but our ability to shut down one of the top offensive teams in the league is something that we’re happy with. Any time your focus goes to that, you’re probably going to give up a little bit offensively, which we did do, but we found a way to win the game. What we take out of it is the guys are willing to sacrifice a little bit of it individually for the good of the collective, and that is important for our group. I think that characteristics been in this room for a long time, and the veterans can draw it out of the group. So that’s something we have in there, that’s something we want to keep, and the fact that the group is bigger than any one individual is really important for us.

McLellan, on the competition for ice time:
When I look at our forwards, we’re in an emergency situation. We only have what we have. They’re playing every night basically, unless we decide to go with seven D-men. So, the competition comes internally for ice time within a game. You’re not necessarily going to come out of the lineup right now. But I think in the bigger picture, the competition for your hockey life is on the line for some players that maybe have been career minor-leaguers or trying to break into the league right now. They are getting an unreal opportunity – I’ve said it many times. This opportunity probably doesn’t exist right now in Boston or Tampa Bay. Their young players are down there percolating in the minors, and ours, a lot of ours are up here getting an opportunity. I think that’s a great chance for them, but they need to make good on it. I look at it more that way than the other.

McLellan, on any thought that the lack of extra forwards might make players more “relaxed”:
They could be. It could work in their favor. It also can work in a game, I guess, when you do take ice time away from them, or they get lackadaisical or weak in effort and they hurt the group. And right now, the group is really important – the whole more than the parts – and I don’t think anybody wants to let anybody down so they’re keeping each other honest, at least for now, and that’s a good thing.

McLellan, on the penalty kill’s improvement and player pool:
Walker, MacDermid, a lot of those players that didn’t have a lot of experience at the beginning of the year now have it, and our penalty kill, in my opinion, has improved immensely throughout the year. Maybe more so than the power play. It’s repetition, it’s common partners, it’s understanding structure, it’s understanding the meetings and attack points. But a lot of players have given us good minutes in those situations.

McLellan, on Trevor Moore telling reporters that he’s overthinking things:
Well, he’s got to know that we believe in him. We have him here for a reason, and he’s got to take his personal inventory. ‘When I’m playing well, what do I do best?’ And I think all players have to do that at some point. You can begin to dabble in areas that isn’t maybe your expertise, and I see him playing with a ton of pace, tenacity on the forecheck, create turnovers, a solid penalty killer, and if he does those things, he’s right back to being Trevor Moore and he’s the player we’d thought he’d be. You don’t have to play outside your skin, just play to your strengths and relax a little bit. He’s gone through some emotional nights, too. Coming back to LA, a new team, he’s excited, and then it settles in, his old team coming to town, so there’s been a lot of emotion in his world. So, we want to keep him at the top of his game and make sure he stays confident.

McLellan, on Saturday’s goaltender:
Cal’s going to get the start tomorrow.

McLellan, on Minnesota’s “surge”:
Well, their goaltender’s been very good. Four lines deep, they get a lot of offense from their blue line. Not always goals or assists, but the ability to break out and create up-ice, so they’re getting that. And they’re confident. They believe in each other right now, they’ve got something to play for. I think this’ll be one of our toughest tests in a while. We’ve got to be ready to respond to it.

McLellan, on Adrian Kempe’s impact:
He’s playing with authority. He’s imposing his speed and his will on other teams, playing within the structure, obviously confident, so a lot of good things going for him right now, so [I’m] happy about that.