Back at ‘er; Tuesday morning lines and quick notes 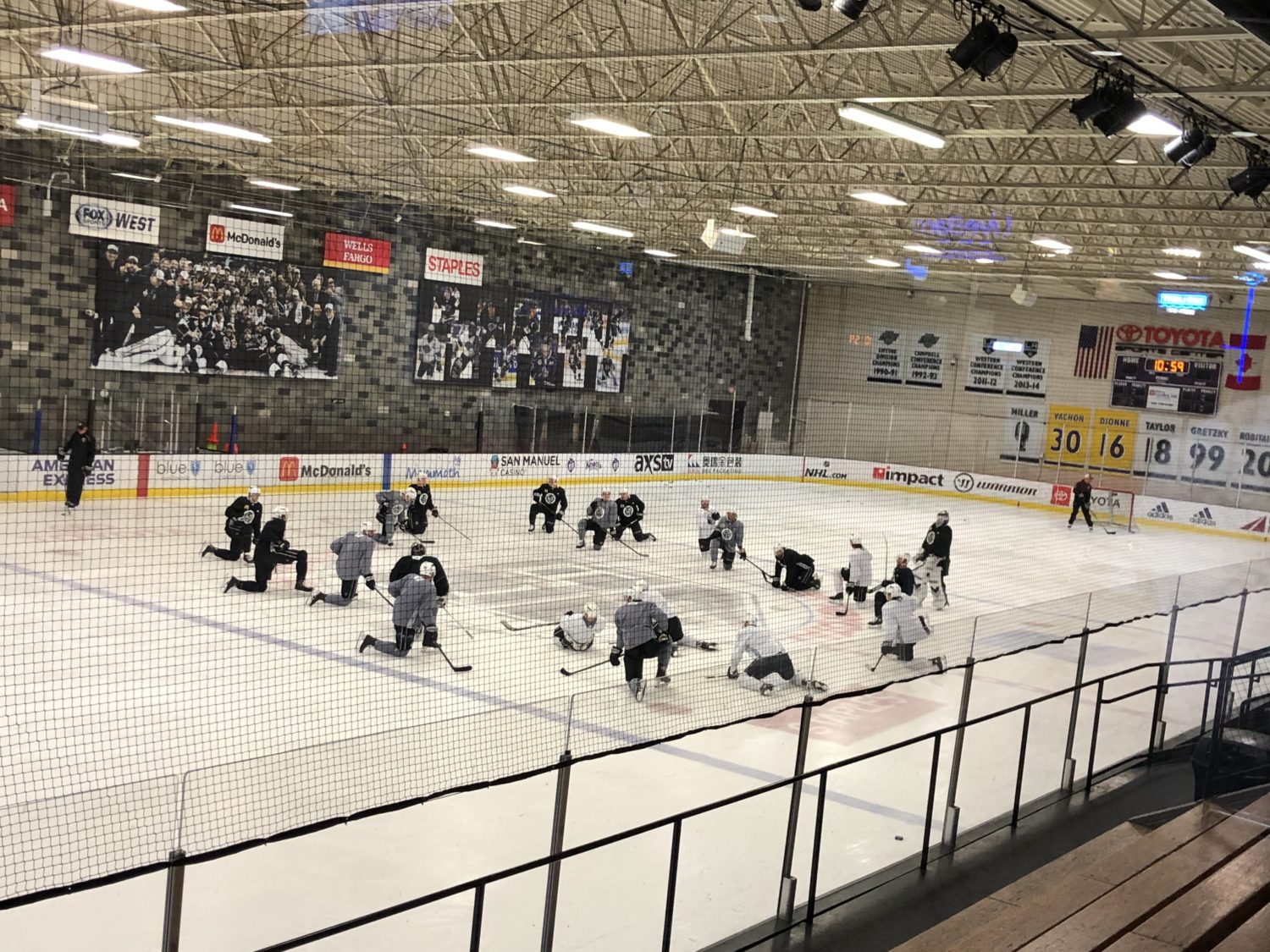 A fine mid-day to you from El Segundo, Insiders. Some quick notes to start the day, beginning with today’s lines and pairings:

— It was a lively March 3 practice. There was a good pace, a good energy. I noticed some Anze Kopitar and Drew Doughty friendly bumps and jostling prior to a drill, which was ended by a Kopitar goal – and a stick in the air. Later, net-front work that resulted in a goal sparked the second celebration in five minutes: 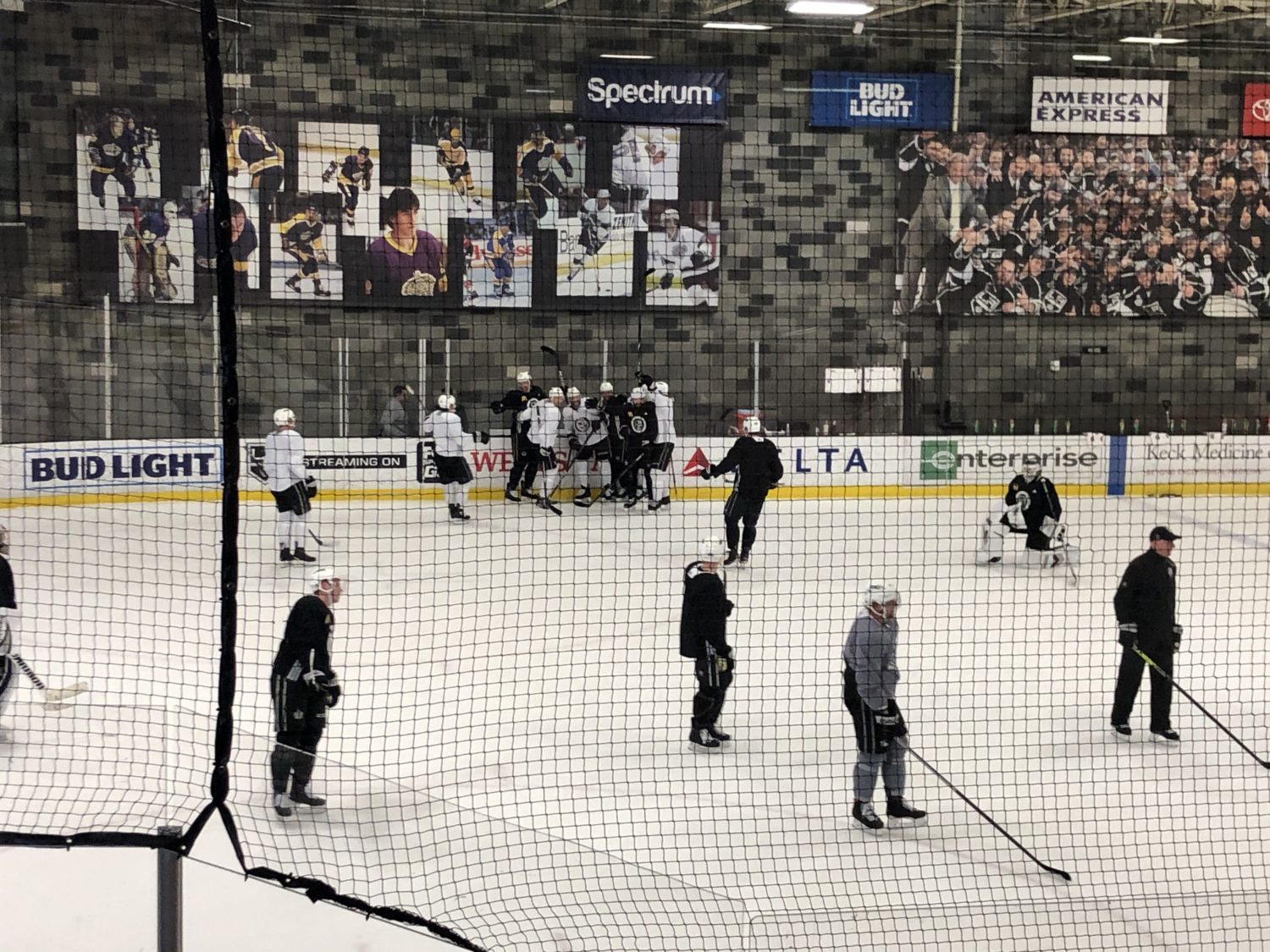 — Jeff Carter’s not on the ice. We’ll get a post-practice update. The latest, on Sunday evening, was that Carter (lower-body) skated on his own that morning, “and it wouldn’t be deemed successful.”

“We don’t play ’til … Thursday, so we’ll worry about that when we get back,” McLellan added.

— Anze Kopitar, on what he saw on his beautiful second goal at Vegas: “I don’t think he saw it coming off is pad because Brownie was in front of him, so i figured I’d just get it to the side and get it in somehow, you know?”

on Morgan Rielly & Cody Ceci: "We're looking at next week for both of them"

on Ilya Mikheyev: "It's very much looking like he's going to be back this season, which is very good for us"https://t.co/UKnmDWntra 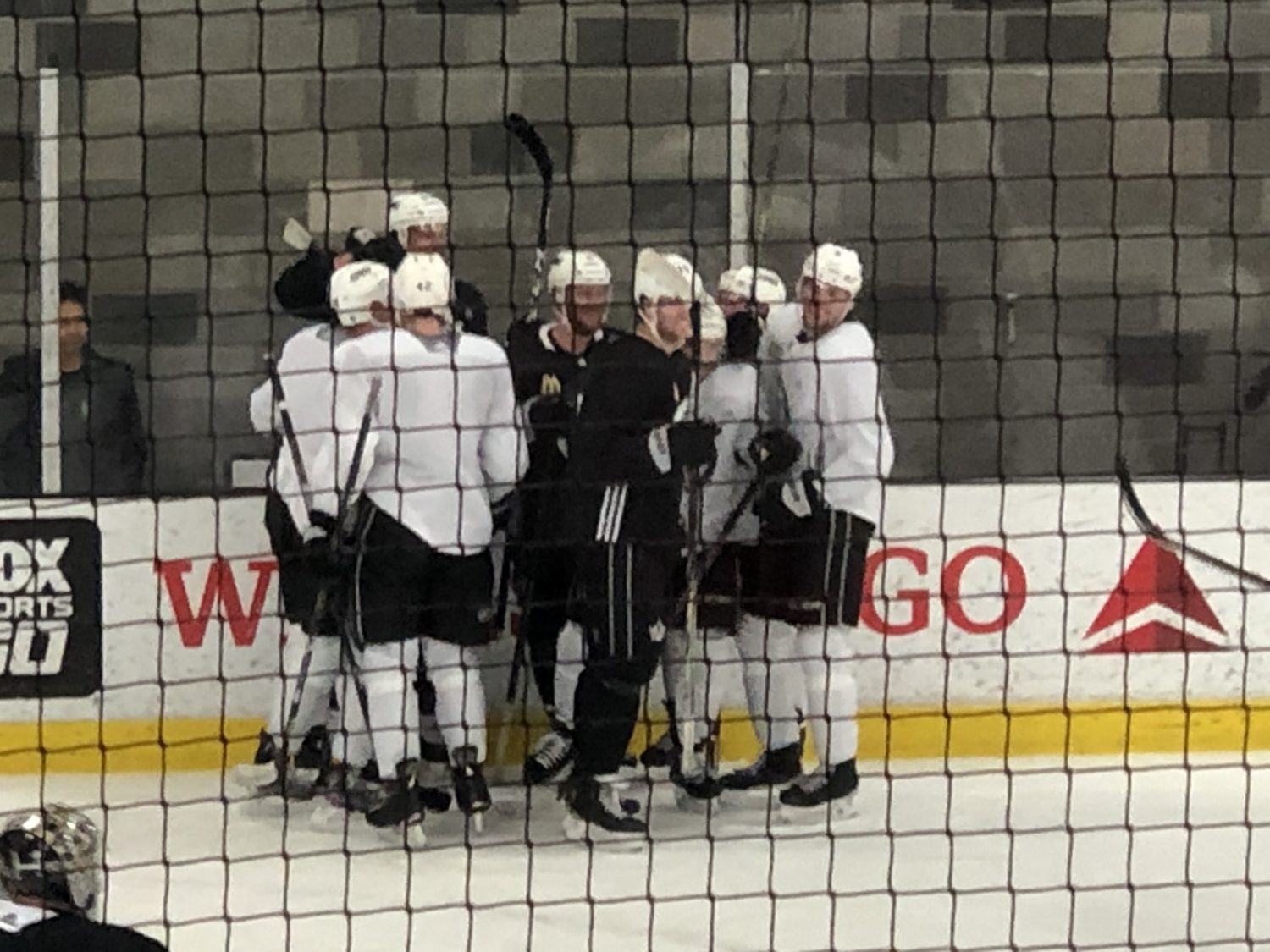