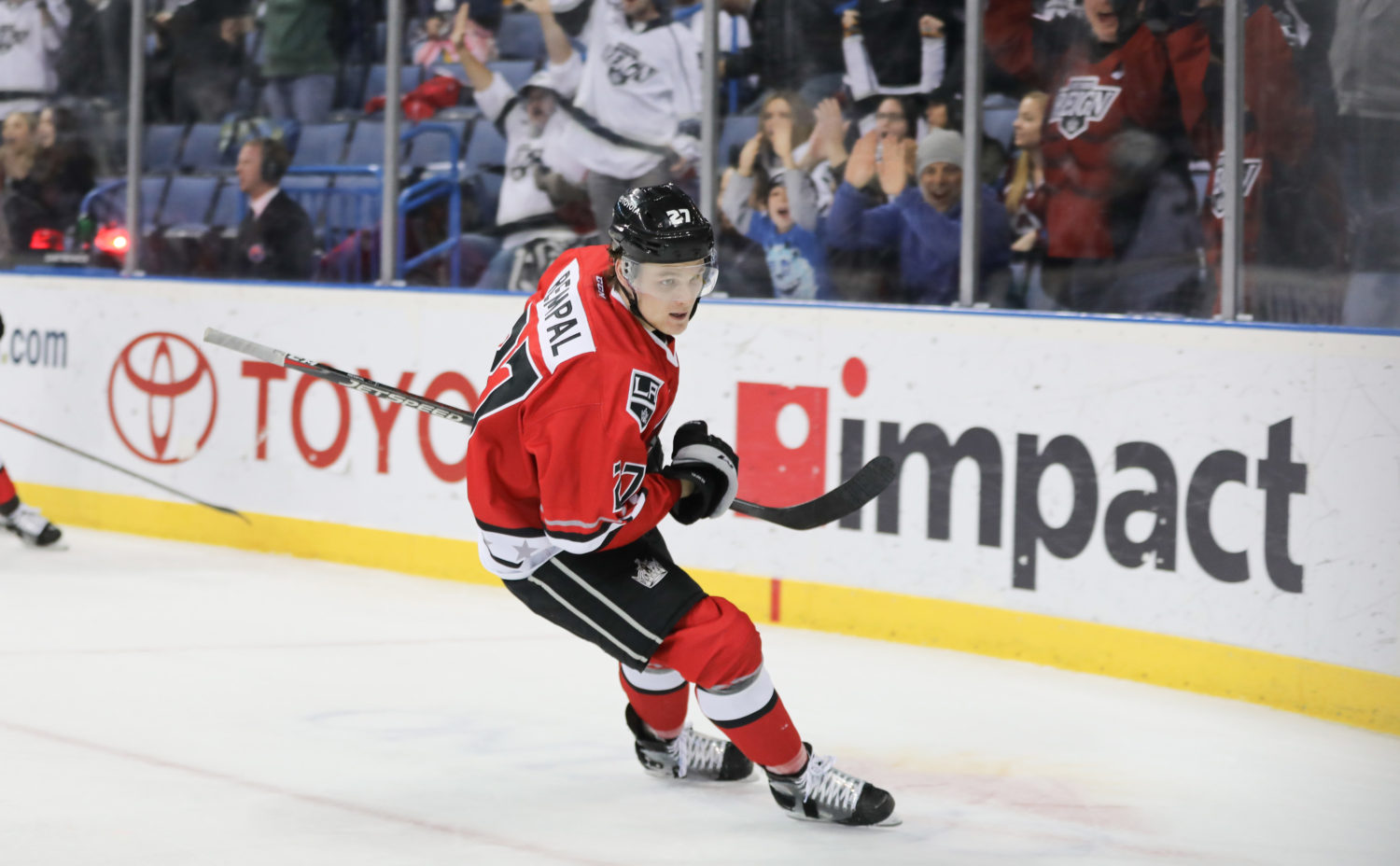 TONIGHT’S MATCHUP: The Ontario Reign conclude the week with a Saturday-evening tilt against the Bakersfield Condors at Toyota Arena. Ontario is 2-0-0 this week to date, most recently including an 8-4 victory over Tucson yesterday evening on home ice

PLAYOFF PICTURE: Ontario continued to hold onto the fourth playoff position in the Pacific Division, while also gaining ground on the teams ahead of it. With the win yesterday, the Reign remained one point ahead of San Diego for the final playoff berth, and moved to within two points of Colorado for third, three points of Stockton for second, and five points of Tucson for the division lead.

HAT TRICK HERO: Reign captain Brett Sutter led his team last night with three goals in the victory, Ontario’s first hat trick of the season. Sutter’s performance was the Reign’s first three-goal game since March 23, 2019, when Sutter accomplished the feat in San Diego. The hat trick, which was the third of Sutter’s American Hockey League career, set a season-high for both goals and points in a single game.

MULTI-POINT MANIA: Ontario got multiple points from six players, including Sutter (3-0-3), in yesterday’s win. Defenseman Kale Clague led the Reign with three assists, which tied his AHL career high for assists and points in a game, while forwards Carl Grundstrom (1-1-2), Jaret Anderson-Dolan (1-1-2) and Matt Luff (0-2-2), along with defenseman Paul LaDue (1-1-2), each tallied multiple point in the victory.

OVER THE HUMP: Yesterday’s win over the Roadrunners marked Ontario’s first of the season against their foes from Arizona, in the final head-to-head matchup of the 2019-20 regular season. The Reign finish the season at 1-6-1 against Tucson, but ended on a high note with the 8-4 victory. Ontario went 1-2-1 in the season series on home ice, a mark which also included a 2-1 overtime defeat on January 18.

SCOUTING THE CONDORS: Bakersfield enters tonight’s action on a seven-game losing streak, with a 1-7-2 record from its last 10 games played. The Condors will be without one of their top offensive players in Markus Granlund (15 points from 17 games), after he was recalled by Edmonton earlier this week, but will have the services of defenseman Evan Bouchard, who returns from Edmonton and has 10 assists over his last 11 games played.