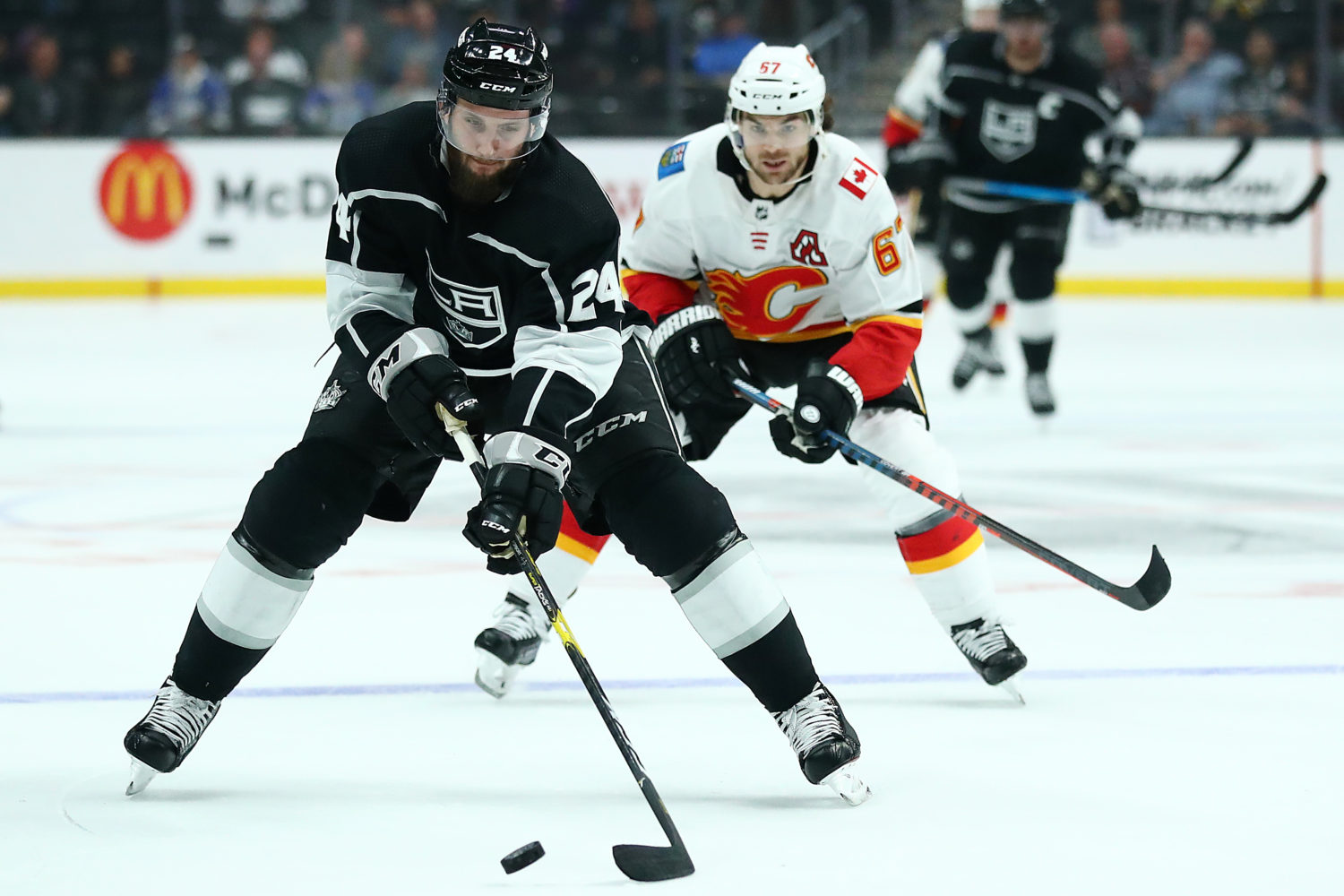 Defenseman Derek Forbort has been traded to the Calgary Flames for a conditional fourth round pick in 2021, a trade that was first reported by Elliotte Friedman of Sportsnet.

“Conditions are going to be based off of playoff success and also possible re-signing,” said Rob Blake, who confirmed the conditions were similar to last year’s Oscar Fantenberg trade.

“He’s dealt with a lot of injuries. Back healthy, playing. He’s going to there and compete for a spot. But he’s been good for us here, too,” Blake said.

Forbort, selected 15th overall when Los Angeles hosted the NHL Draft in 2010, appeared in 268 games for the Kings after winning a 2015 Calder Cup with the Manchester Monarchs, totaling six goals and 53 points. The fifth defensemen selected in 2010, Forbort’s 268 games played since his draft date currently rank ninth among defensemen drafted that year.

Los Angeles now owns 10 draft picks in 2021, which includes all seven of their own selections, plus St. Louis’ second, Toronto’s third (if Kyle Clifford re-signs with the Maple Leafs, of if the Maple Leafs make the playoffs this season and Jack Campbell wins six regular season games) and Calgary’s fourth (with partial conditions listed above). They also own 11 picks in 2020: their own seven, plus Vancouver and Vegas’ second round picks, Columbus’ third and Calgary’s fourth.

Since becoming general manager at the beginning of the 2017 off-season, Rob Blake has made 18 trades, including two each with Calgary, Vegas, Vancouver, Toronto and Montreal, and one trade with Washington, Minnesota, Pittsburgh, Tampa Bay, Arizona, Ottawa, Edmonton and Dallas.

More to come from Rob Blake, who spoke with congregated media at TSPC at 1:00 p.m.

The LA Kings have acquired a conditional fourth-round pick in the 2021 NHL Draft from the Calgary Flames in exchange for defenseman Derek Forbort, according to Vice President and General Manager Rob Blake.