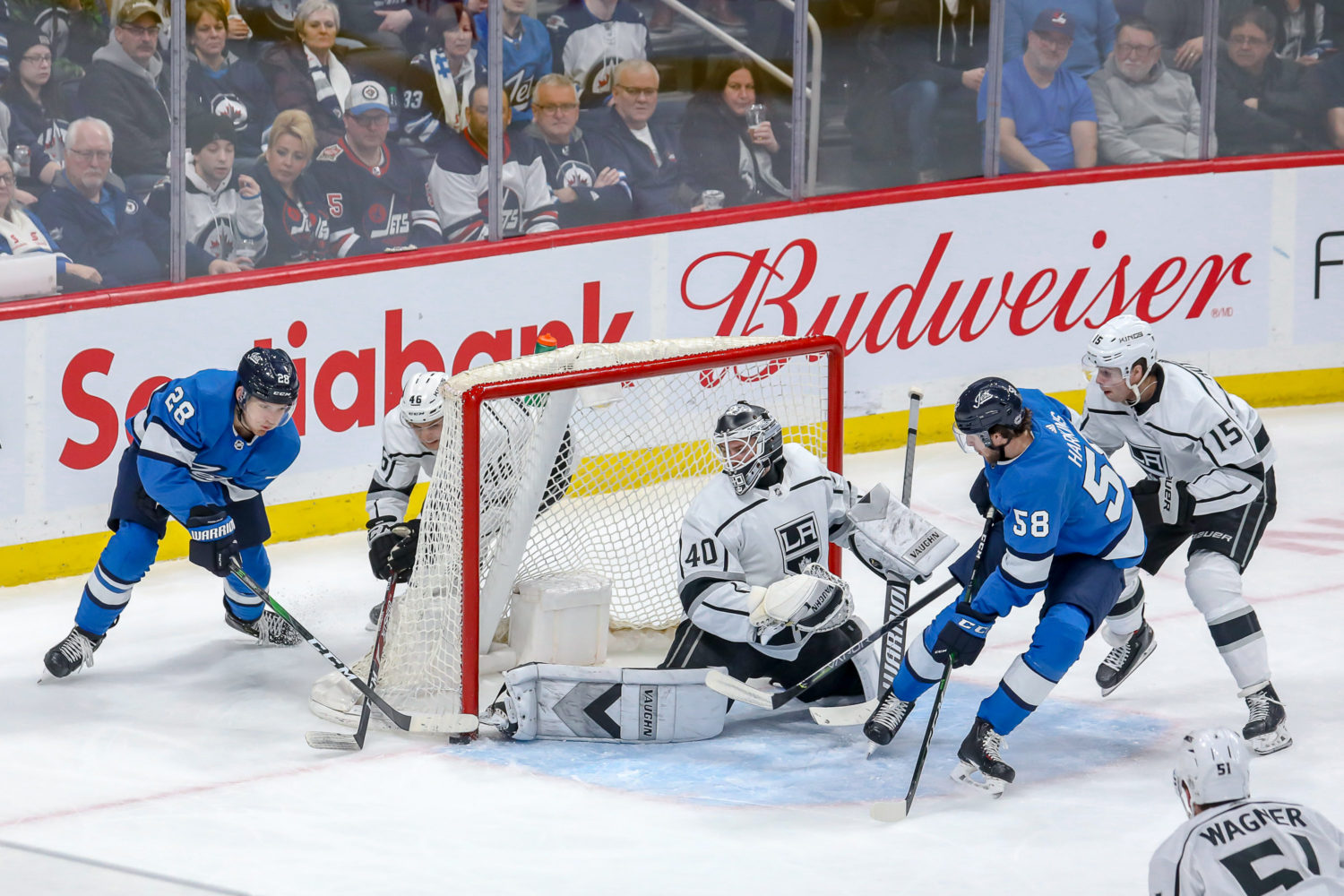 Todd McLellan, on the loss:
I wasn’t obviously overly pleased with our game. There were some good moments and some not so good. Way too loose. It reminded me of the beginning of the year when we gave up a lot of long opportunities, stood in at the blue line without cover, poorly played two-on-ones, and they made us pay for every mistake. Yeah, we fought our way into it in the third period, had a chance, but they were certainly they better team tonight and got what they deserved.

McLellan, on the defensive presence without Alec Martinez:
Well, he’s a tremendous player. Obviously we didn’t play two-on-ones any way that we wanted to. There were numerous opportunities where we poorly played them – went to the puck carrier rather than taking away the back door, didn’t break up passes. Alec is pretty good in that situation, but we have enough confidence in the players that are on this team to get the job done. They just didn’t play really well tonight, so we’ll fix it and we’ll try and get better.

McLellan, on why Martinez didn’t play:
Just where we are at the deadline and as we go forward we want to keep certain people healthy.

McLellan, on how a structurally sound first period evolved into a surplus of rushes against:
Just we made mistakes. Yeah, we made mistakes, we held in at the blue line a little too long, we didn’t have any type of coverage and we got sloppy. When Scheifele and Wheeler and those types of people are coming down on you, two-on-one, three-on-one, they’re going to score eventually. It doesn’t matter what your goalie does, and we weren’t predictable in covering those two-on-ones. Really disappointed in that situation and I’m disappointed in that sixth goal. I felt we folded our tent and our cards at that point, and those are moments we’ll really address as we go forward. The loss is one thing, but the way we played the last two minutes really pisses me off.

McLellan, on whether the lack of detail is inherent in teams that won’t be playoffs-bound:
Well, it better be there with our group, because it’s the only way we survive. We have to rely on structure and we have to rely on each other to be positionally sound. Know when to gamble, know when not to, we have to commit to playing really good defense, and you can see tonight when we don’t, that’s usually what we get. Let’s face it, if this team scores three goals, we should have a chance to win a game. We didn’t give ourselves that chance tonight.

McLellan, on how much the resilience means, even if the comeback fell short:
Oh, lots. And when you’re standing behind the bench or you’re in the locker room, you almost expect it from this group. There’s no quit in them. They keep fighting back, clawing back. I’ve been on a lot of other teams, going all the way back into junior, where they didn’t have those qualities. This team has that. And you can tell – I’ve said this a million times – there are champions in this room and they’ve got a championship pedigree and they won’t let it happen. When you shoot yourself in the foot and you’re not gifted enough to score on a regular basis, you don’t give yourself a chance. And to me, that was the type of game that we played tonight. [Reporter: Where does that come from … the quality of them having that fight?] Well, they’re proud players. When you win two Cups and your Conn Smythe Trophy winner is your MVP nominee, he’s your Norris Trophy winner, we have all of that in that locker room. They’re proud. They weren’t happy with the performance last year. It began at training camp when they were very upset with their own performance. They were prepared to take on new ideas and new thoughts. They come to the rink every day and want to get better. Haven’t had to slam sticks or yell and scream at practice. For anybody that’s been there all year, I think it comes from their leadership. It should be rubbing off on the younger guys. The hard part for our team is the carrot. You work hard, you work hard, and sometimes you don’t get the carrot. It can be a little disappointing at times, but we’ve got to continue moving forward, work on our structure so as we evolve and come out of this rebuild, we’ll be in a good situation.

Wednesday, February 19 is a scheduled off-day for the team. The next practice is scheduled for 10:30 a.m. on Thursday, February 20 prior to that night’s game against Florida.