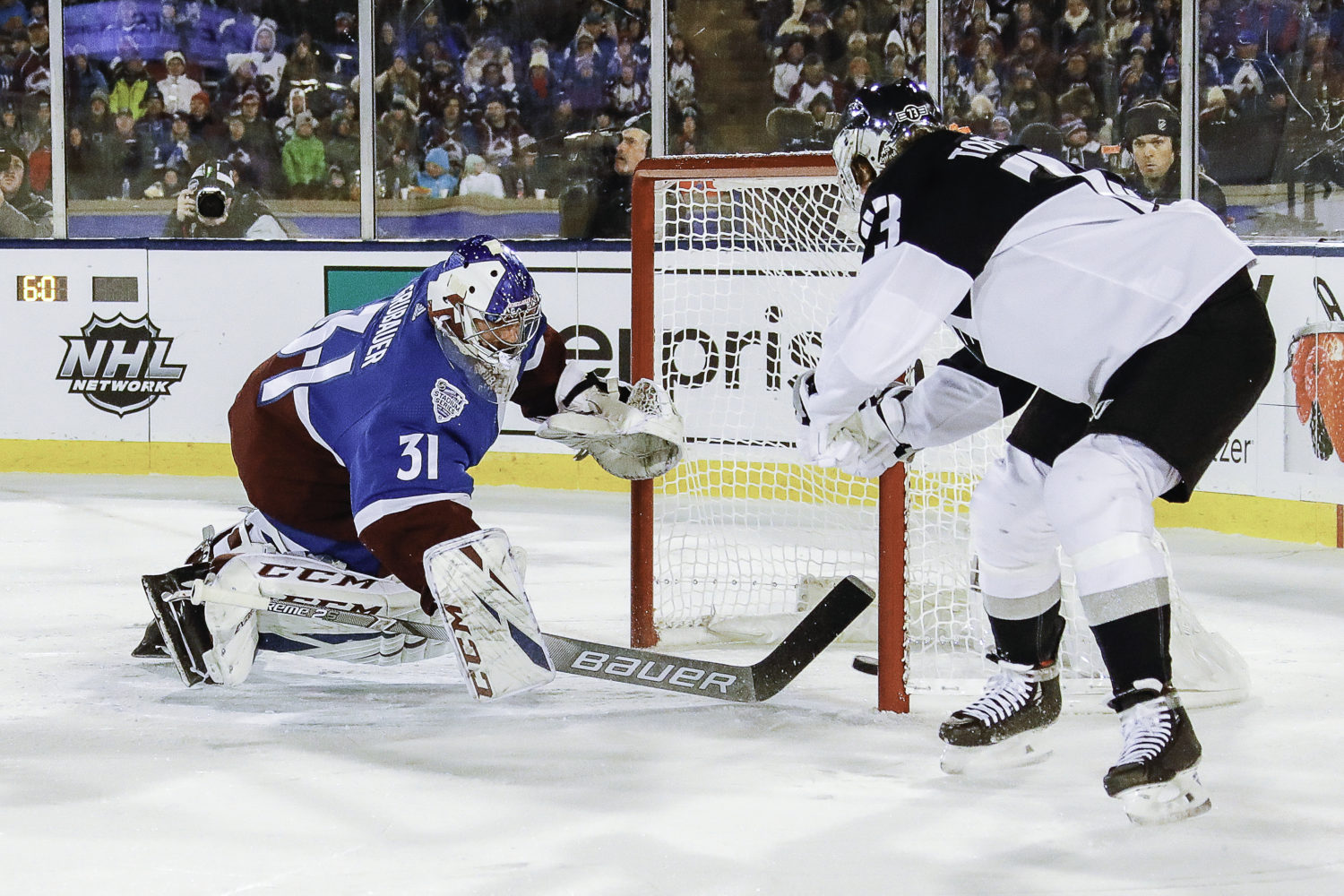 Todd McLellan, on Tyler Toffoli and the most memorable moments in the event:
Well, Toff, I’m going to answer that part. An incredible night from him and his line, but I really think the win was team deep. He needed help and he got it, but that’s the type of player he is. He’s got some poise in and around the net, he’s patient, and it’s nice to see him get rewarded. He’s had numerous chances. A little snakebit. His numbers would be normally be a little bit higher, but a really good night. Memorable moments – boy, there were a lot of ‘em. Obviously, the win for us was something that I’ve said before, we’ll celebrate wins and we’re excited about that. We got here Thursday and we got to spend time at the Broadmoor. Our owner had us there and we appreciated that, so that was a really unique experience. We were up in the canyon. I know I’m not even talking about the game, but you asked me what I’m going to remember – that part. The atmosphere of the fans here was incredible. I think having the cadets on or near the ice surface was good. We felt that both on and off the rink. They had a lot of energy. They were having a lot of fun on the floors. The arena – and that’s why it’s called the Stadium Series – a lot of times you’re going to a brand-new building. We had one in Santa Clara with the Sharks, and this had a whole bunch of history to it. Those will be things we’ll remember and cherish.

McLellan, on players crediting Jonathan Quick’s performance early in the game:
Well, I don’t know how you could put it any better than what the guys said. He stood on his head early in the game. I don’t think we were quite prepared for the elevation factor and for how much of a factor it would play in the game. I thought we really fell behind in shift length, we fell behind in – they would win faceoffs, they would get to loose pucks, they got fresh, we stayed on tired for about the first 10 minutes of the game, and we needed Quickie. And then after that, we kind of figured out that this wasn’t going to work playing regular shift length, losing faceoffs, turning pucks over. So we simplified things, we made it a lot shorter. We focused on getting off the ice as much as we did getting on t he ice for the rest of the night, and I think that paid off for us.

McLellan, on Jared Bednar referencing his players getting frustrated by the Los Angeles defense:
Well, we have to check. We’re not a gifted scoring team. You guys are all really good hockey player, you watch us play, you know that as well as we do, so we have to play with really strong structure, we have to be predictable to each other as teammates, and we have to slow teams down, and obviously this was a prime candidate in this game, but also in the way they play. We weren’t successful all the time, but we got ‘em to the point maybe where they were frustrated, and if we did do that, I’m sure it helped. But if their coach was feeling that and some players felt that, then all the more power to us.

Sunday, February 16 is an off-day for the team. The Kings are next scheduled to practice at 9:00 Monday morning at Toyota Sports Performance Center in El Segundo before traveling to Winnipeg.