INSIDERS. A fine Wednesday afternoon to you. The LA Kings skated at 10:30 a.m. and offered some lineup suggestions in advance of their game tonight against Calgary (7:00 p.m. / NBCSN / NBC Sports App / LA Kings Audio Network):

— The vitals: Cal Petersen left the ice first and is the presumed starter versus the Flames, against whom he stopped 33 of 35 shots in a 4-1 loss at the Saddledome in November, 2018 in his only career head-to-head appearance. Joakim Ryan, Ben Hutton and Nikolai Prokhorkin remained on the ice for extra work and are not expected to play. Based on those rushes, don’t be surprised to see Iafallo-Kopitar-Toffoli, Kempe-Carter-Brown, Moore-Lizotte-Wagner and Frk-Amadio-Lewis up front with defensive pairings of Forbort-Doughty, Martinez-Walker and MacDermid-Roy. These lines and pairings are largely based on those used Sunday against New York, so there’s the potential there may be some additional mixing and matching from that template. Yes, Martin Frk is up. Carl Grundstrom is down. More on that in a moment.

— Their vitals: It’s Big Save Dave via Calgary radio play by play broadcaster Derek Wills, who also shared forward groups of Gaudreau-Monahan-Lindholm, Mangiapane-Backlund-Tkachuk, Lucic-Ryan-Dube and Rinaldo-Jankowski-Rieder with defensive pairs of Hanifin-Andersson, Brodie-Stone and Kylington-Yelesin. Rittich is 2-1-1 in four career games against Los Angeles with a 2.73 goals-against average, a .912 save percentage and a shutout. Defensemen Mark Giordano and Travis Hamonic are on injured reserve, Giordano with a hamstring injury and Hamonic with an upper-body injury. Both average upwards of 11 minutes per game; 24-year-old Yaroslavl native Alexander Yelesin, whose 33 games in Stockton represent his only North American experience, is projected to make his NHL debut. Calgary is 18-10-2 under interim head coach Geoff Ward and have won two straight since Ward cut into his players last Thursday after they’d lost their third straight in regulation.

— Buy a vowel: Marty Frk is back with the LA Kings. The roster move was announced this morning and corresponds with Carl Grundstrom’s assignment to AHL-Ontario. Frk leads Ontario with 36 points (23-13=36) in 37 games and has three goals on seven shots in a strong showing over four games with Los Angeles.

“I was playing with the good players around me. They make me look better,” Frk said. “I think I was just at the right spot at the right time, and the puck just kind of came to me, so I just wanted to make sure that I put it in, and I did that. I probably had some luck, too. It was good – the four games I played, I played well, and I got another chance today, so hopefully I can do well and pick up more goals or points.”

Grundstrom did not record a point in four games in his most recent recall and was whistled for two minor penalties in 9:56 of action in the loss at New Jersey on February 8. But the 22-year-old has four assists and a plus-two rating in 13 games with Los Angeles this season after posting five goals and six points in 15 games a season ago and, like Frk, should be expected to have an opportunity to widen his opportunity in Los Angeles after the trade deadline. 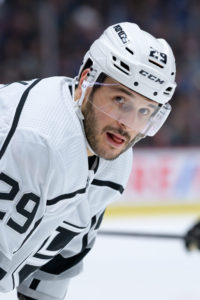 Back to Frk, who over the remaining 25 games will be vying to not just remain up with the team but to play his way towards an NHL contract for next season. Frk is an impending RFA and Los Angeles would have to qualify him in June to continue negotiating; we’re still a ways away from narrowing our gaze towards Frk and the RFAs, so let’s cross that bridge when we get there.

But the best way to leverage a new NHL contract would be to continue scoring at the rate he had done so in his earlier call-up. That won’t happen, because not even Mario Lemieux shoots 42.9%. But Frk has a cannon of a shot – one that set an AHL All-Star Classic record of 109.2 miles per hour two weekends ago – and will be asked to provide some punch for a scoring-challenged team.

To do so, he’ll rely on an innate ability to gravitate towards soft spots on the ice in the attacking zone where offense may develop, an intuition based on feel – and a challenge to transfer lucidly into conversation. “I don’t know,” Frk said. “It’s kind of hard, just because I haven’t been with this team for a long time, so I don’t know what some guys do in the o-zone.”

“Most of the goals you score, it’s usually in front of the net or in the high slot, so that’s where I’m trying to hang out when I have a chance or, like, if I’m in the corner and that’s where the guy’s probably going to be. Sometimes you’re guessing, but you also don’t want to just throw it there and the other team grabs it. So you want to always make sure you try to find your guys. It’s a tough league. Sometimes you’ve just got to go beat your guy quickly, and hopefully the paths go right there. That’s how most of the goals are scored – you’ve just got to beat your guy right away, and hopefully you score.” 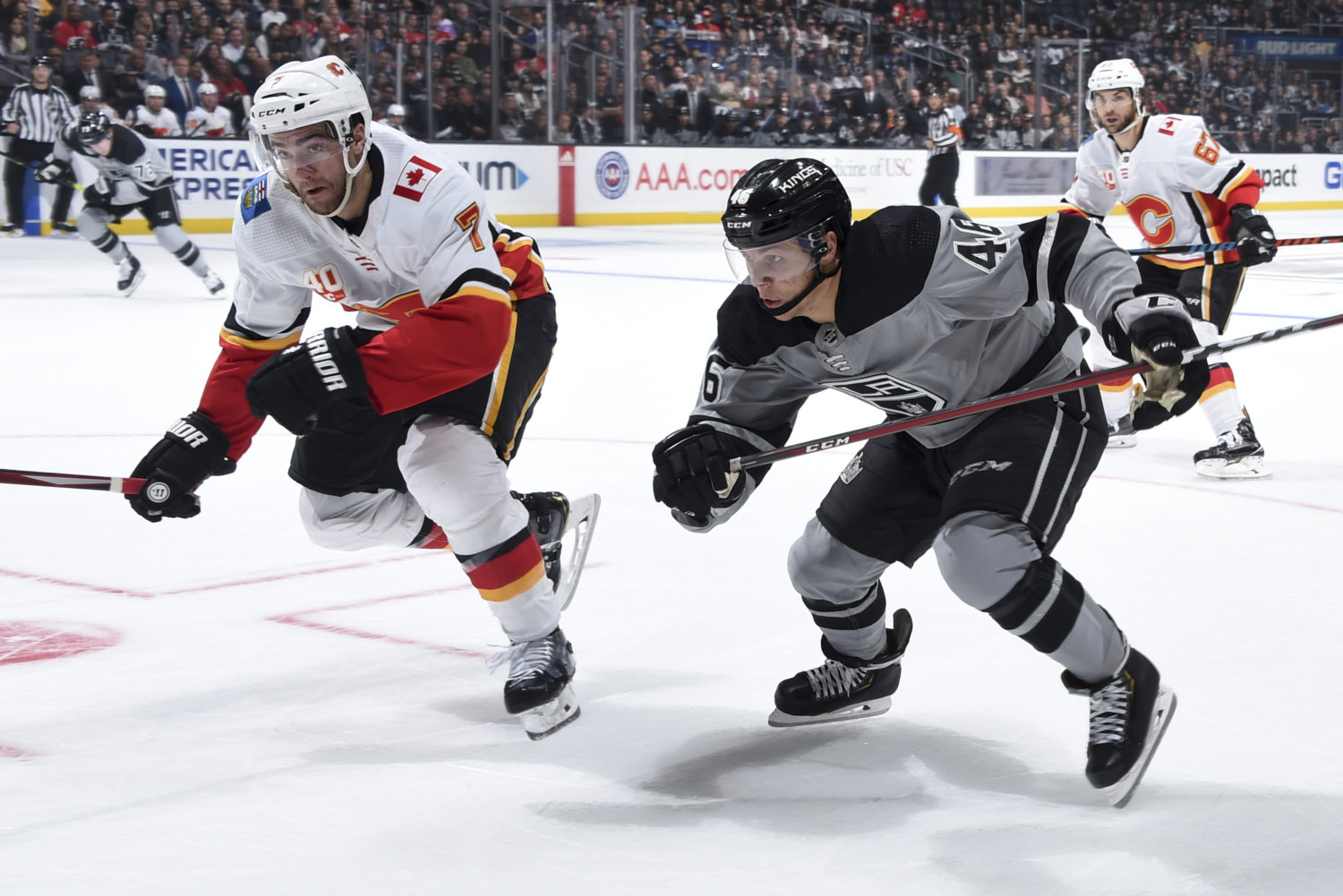