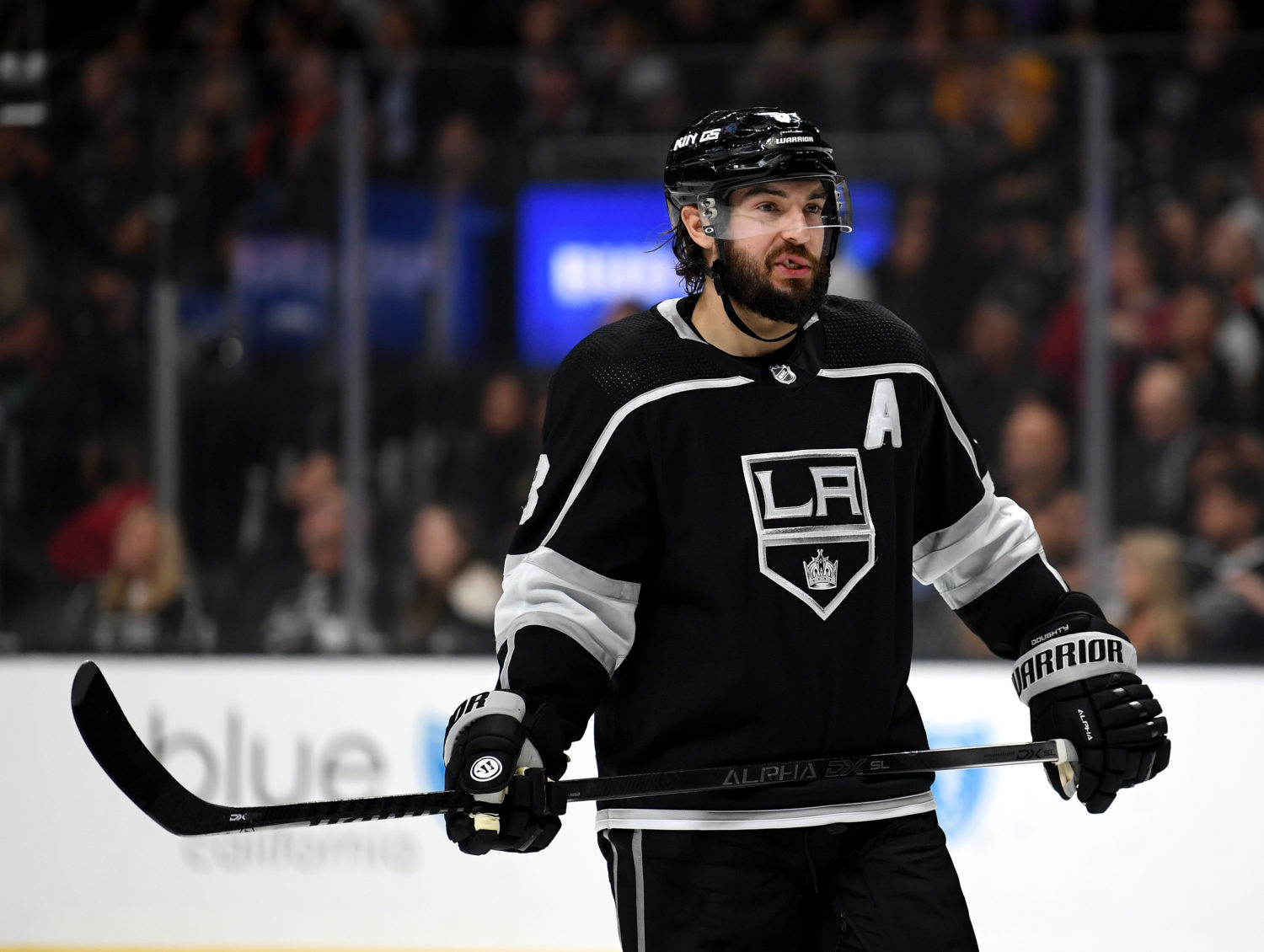 The LA Kings are shaping up to face a formidable foe Wednesday without their most high-mileage player. Drew Doughty, who left Sunday’s practice early with an undisclosed injury and didn’t practice on Monday or Tuesday, appears set to miss his first regular season game since a shoulder injury sidelined him for the final four games of the 2013-14 regular season. Los Angeles faces Tampa Bay Wednesday night in their first Staples Center appearance in three weeks and the building’s first sporting event since the tragic deaths of Kobe Bryant, his daughter, Gianna, and seven others.

On Monday, McLellan shared that Doughty – and Derek Forbort, who returned to practice – would be “very questionable” for the Lightning game without a good skate Tuesday, and he confirmed that assertion today while noting Doughty’s “day-to-day” status.

“It’s special for players to do that because there are so many factors that go into it,” Todd McLellan said Tuesday. “We think of ‘catastrophic-type injury’ that takes somebody out of the lineup. But there are so many bumps and bruises that are so hard, hard to play through. And everybody’s pain tolerance is a bit different. There’s the sniffles and the flu and everything else that happens, and there’s also personal issues that go on – babies, and unfortunately funerals and stuff like that that the real world has, and so do hockey players and athletes. To have the longevity that he has had to this point has been a really good reflection of his ability to play through all that.”

When he was injured in San Jose by awkwardly applying a hit on Tyler Kennedy in the first period of the teams’ April 3, 2014 meeting, Doughty had played in 199 consecutive games, giving him 659 games played out of a possible total of 660, dating back to October 29, 2011. Over the last four seasons, his 26:52 average leads all active players, and his 26:03 average ranks second this season.

Doughty was suspended for one game for an illegal check to William Carrier’s head during the first round of the 2018 Stanley Cup Playoffs. He has appeared in 902 regular season games since debuting in the NHL two months shy of his 19th birthday in October, 2008. Doughty missed four games in 2013-14 because of a shoulder injury, five in 2011-12 because of an upper-body injury, six in 2010-11 because of a concussion and one in 2008-09 because of a thigh injury. The thigh injury remains the only stand-alone regular season game he’s ever missed. Los Angeles is 9-5-2 in the 16 games Doughty has missed in his career.

Todd McLellan, on whether the injury is “serious”:
If he misses it a game, I would consider it a serious injury. When we lose a guy that can play 30 minutes a night for us in every situation, it’s serious enough that he’s out of the lineup. Is it career-ending? By no means. So, it’s a day-to-day thing, and the sooner he can get back, the better it is. But right now, it’s how we’re treating him.

McLellan, on how the minutes will be assigned:
Just by feel and play. There are some veteran players that have logged that type of ice time. It’s a good thing that Marty’s up and running now and has been able to get his feet wet after a long break. So he can take more minutes on, and the rest of them, everybody has to step up and his 28-to-30 minutes gets distributed around, and if somebody’s playing a little better, they might get a few more minutes, and vice-versa.

McLellan, on whether he plans to manage minutes within the three-in-four:
Yeah, probably game-by-game because it’s a unique situation. We’re going into a game where we haven’t played in 10 days. Yes, we got practice time, which we’re thankful for. But the other team is a pretty damn good team. They’ve had opportunity to get one under their belt, so there’s always concern when you enter that. We’ll worry about the following day when we get to it and the games that follow after that, I think on Saturday or whatever it is, that feels like it’s so far away right now that we’ll worry about it when we get to it.

McLellan, on Derek Forbort (back):
Today was better, and I haven’t gotten a report after practice of how he’s feeling, but his issue that he has, health-wise and make sure he’s ready to go. In fairness to him, he’s just trying to catch up, and every time he catches up we have a break or something happens and he gets slowed down. But he’s very committed to getting his game back and he’s had some good games and he’s had a couple rough ones. Kind of normal expectations from a player that hasn’t participated all year until recently. 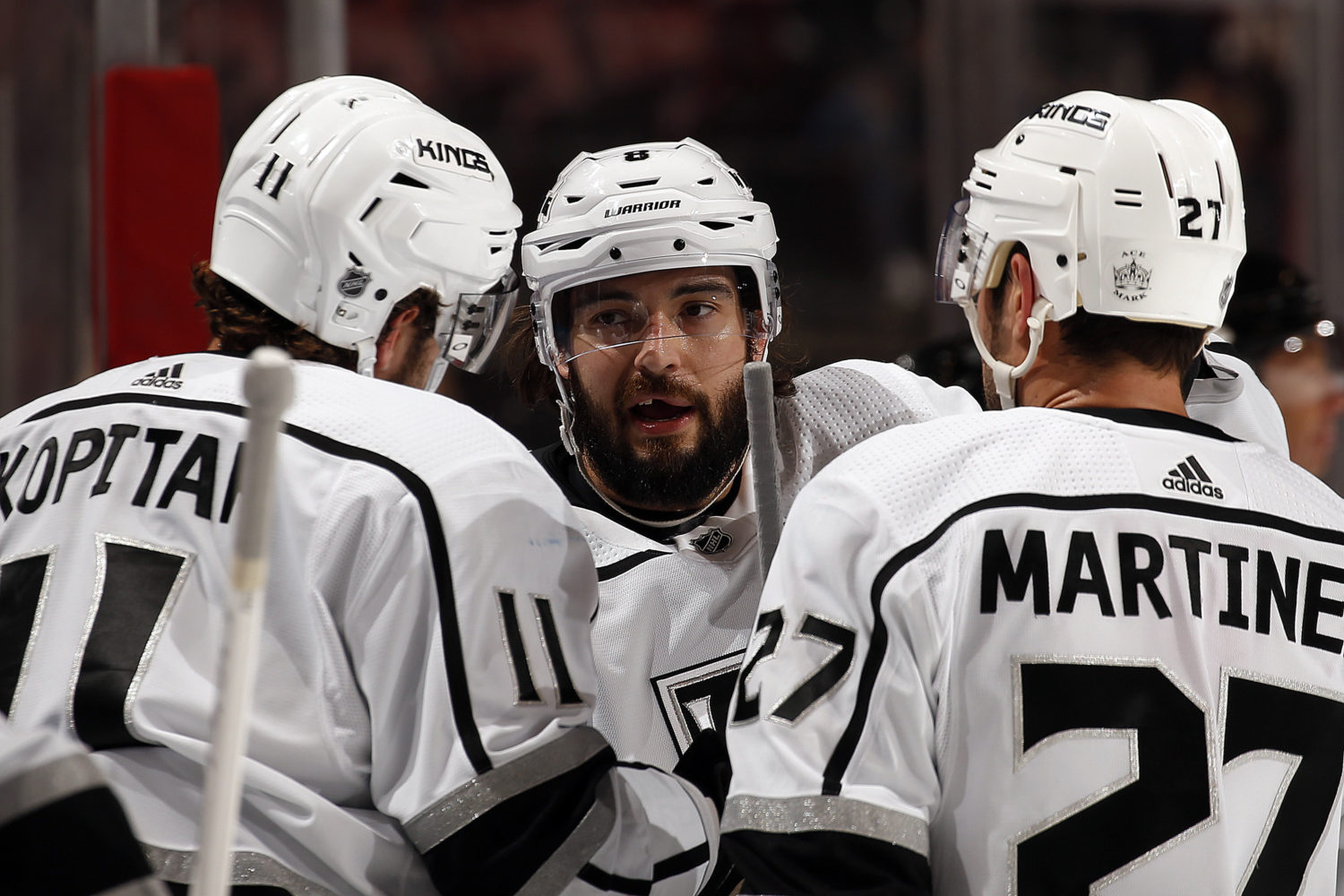 –Thanks to Dan Greenspan for Todd McLellan audio