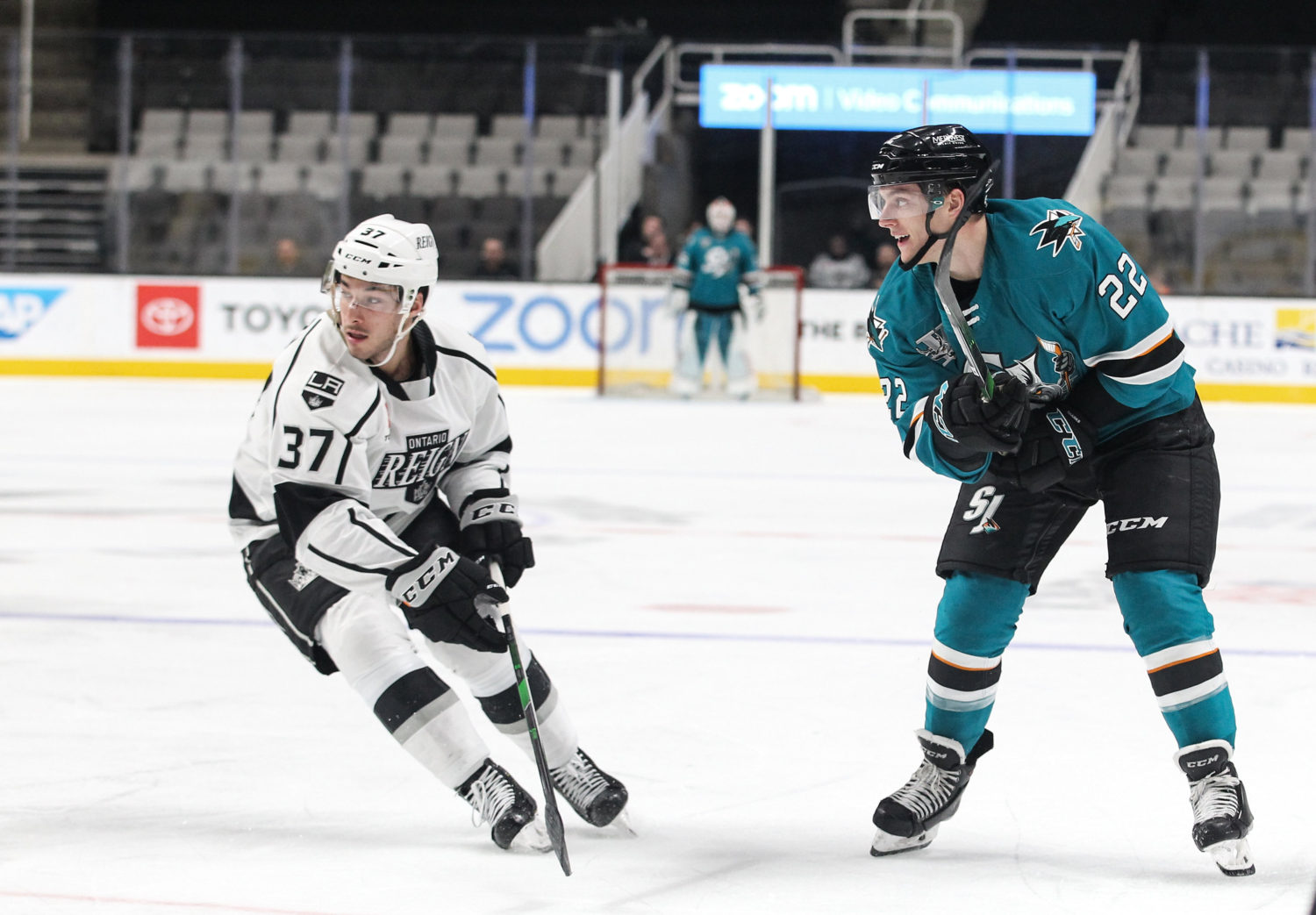 TONIGHT’S MATCHUP: The Ontario Reign return to action for the final game before the AHL All-Star break, with a trip to San Jose. The Reign enter tonight’s action off of a 4-3 overtime win in Stockton yesterday evening.

THE OVERTIME HERO: Ontario captain Brett Sutter scored a shorthanded, overtime, game-winning goal last night to give the Reign a 4-3 victory in Stockton. Sutter’s goal, which came 3-on-4, was his seventh career shorthanded goal with the Reign, and his 15th game-winning goal with Ontario, both franchise records. Sutter is Ontario’s all-time leader in goals (64), assists (74) and points (138).

SHELABRATE, AND HAVE A GOOD TIME: Reign forward Sheldon Rempal snapped a 52-game goalless streak last night in Stockton, as he scored in the second period. Rempal’s goal, which gives him points in back-to-back games, was his first since March 9, 2019 against Tucson. The second-year forward now has 12 points (1-11-12) on the season and is one of five Ontario skaters with at least 41 games played so far this season.

THINGS YOU LUFF TO SEE: Ontario forward Matt Luff found the back of the net in his second game back with the Reign, the go-ahead goal late in the third period. Luff’s tally was his fourth of the season in the AHL, and the third-year forward now has 11 points (4-7-11) from 17 games played with the Reign. Luff has also skated in 17 games in the NHL with the Kings, and has five points (1-4-5) with Los Angeles.

THE FRK’N RETURN: The Reign will regain forward Martin Frk tonight, who returns to the lineup after serving a one-game suspension yesterday against Stockton. Frk leads all Reign skaters with 20 goals and 30 points this season, with his 20 tallies tied for sixth in the AHL this season. Frk has scored in his last five games played, and will enter the All-Star break with points in ten consecutive home contests.

THIN LIZZY: The Kings assigned forward Blake Lizotte to Ontario on Thursday, and the 5-7 centerman could be in line to make his AHL debut this evening in San Jose. Lizotte, who has yet to appear in an AHL game during his professional career, has 15 points (4-11-15) from 45 games played with the Kings this season. Lizotte suffered a lower-body injury against Dallas on January 8, and has been out of the Kings lineup ever since.

SCOUTING THE BARRACUDA: San Jose forward Dylan Gambrell has amassed 12 points (3-9-12) from 14 games played since he was assigned by the San Jose Sharks in mid-December. Gambrell, who skated in 30 NHL games earlier this season, had four points (1-3-4) when these two teams last met on January 8. Gambrell appeared in two games in the 2019 Stanley Cup Playoffs with San Jose, and scored in Game 6 of the Western Conference Finals versus St. Louis.