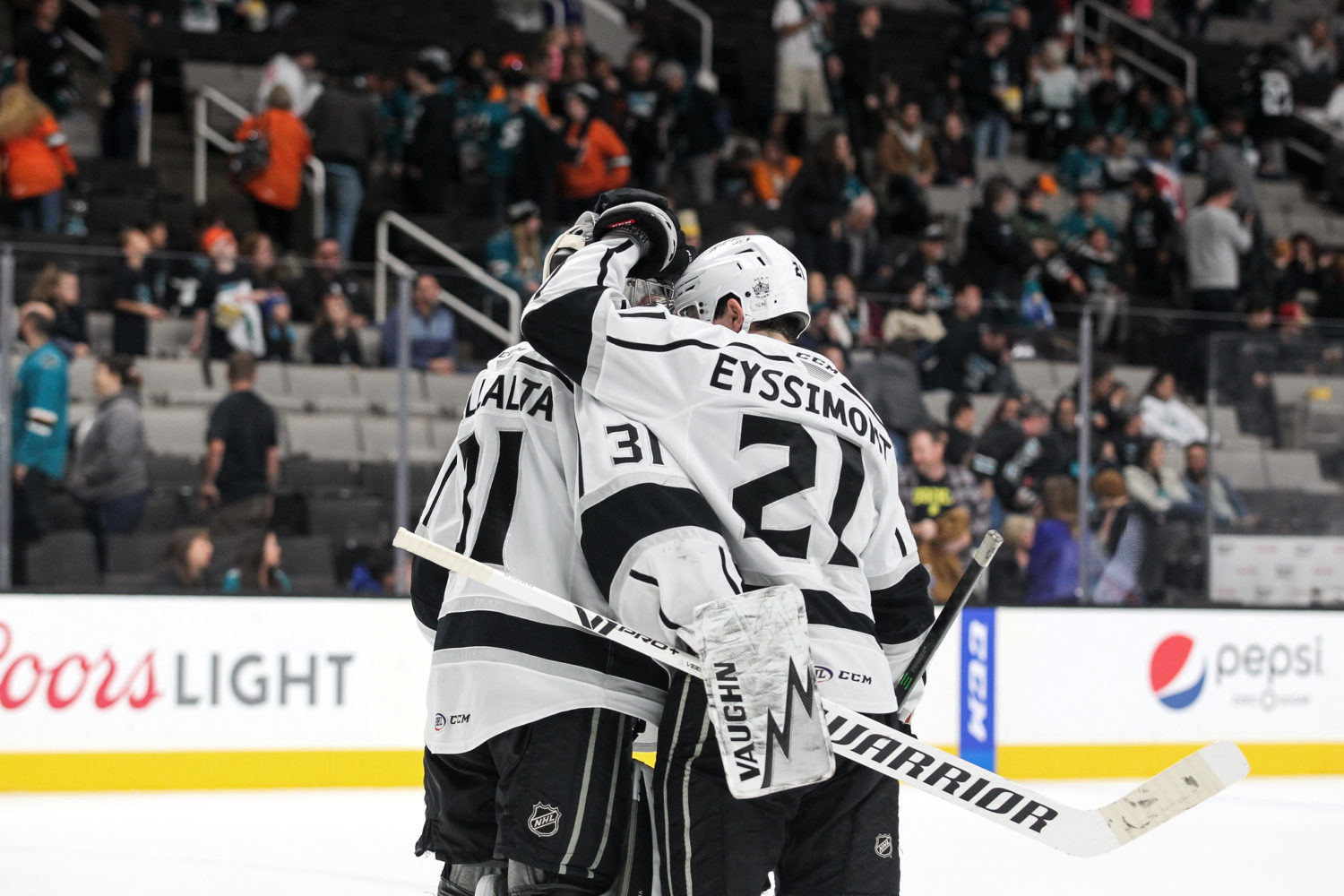 The Ontario Reign roll into the AHL All-Star break as they made it nine points from their last five games with a 3-1 victory over the San Jose Barracuda on Saturday evening at SAP Center.

On the second half of a back-to-back set, against an opponent that did not play the night before, the Reign overturned a one-goal deficit in the third period with three goals of their own for a comeback win. Defenseman Paul LaDue got the Ontario scoring started, with his fifth goal of the season from the right point to cancel Sasha Chmelevski’s first-period tally. After a San Jose goal was disallowed due to goaltender interference, the stage was set for defenseman Tobias Bjornfot with just 68 seconds remaining to score his first career game-winning goal in the AHL. Forward Matt Luff capped things off with an empty-net tally in the game’s final minute, giving him goals on back-to-back nights this weekend.

The Reign improve to 20-18-4-1 on the season, the first time they’ve been two games over the .500 mark since December 18. Ontario retained its two-point lead over Bakersfield, and four-point lead over San Diego, as all three teams enter the All-Star break off of victories.

Ontario will face both the Condors and the Gulls on the road next weekend, in a back-to-back set coming off of the break.

ZD: Bjornfot – LaDue have been paired together for much of the season and both come up with huge goals tonight. Thoughts on their play, and both contributing with goals in key moments tonight?

MS: They have been excellent. Playing in all situations and against other Teams top lines. Can be counted on to be reliable in the DZ and anything they contribute in the OZ is a bonus

ZD: We talk a lot about how good Cal is – because he’s damn good – but Matty Villalta has proven he can play at this level as well. How have you seen his game grow from the start of the season to now?

MS: Matty is a very good young goalie in his own right. He has embraced his role as a back up and he has learned a lot thru observation, and work ethic. He has a smile on his face everyday and appreciates being apart of this organization. He works well with his Team mates and Coaches. He has a great rapport with Matt Millar and Cal. He is a great kid

ZD: With four wins and nine points from the last five games played, is it almost a bit disappointing to be heading into a short break, instead of trying to keep the momentum rolling with a good practice week into more games?

MS: Geez you are a hard ass Dools! I am headed to the back of the bus to let them know you want to crack the whip, and grind the boys in practice?? 😂

It’s a long season and the guys deserve a break. Winning streak, or losing streak, we will not get caught up in emotion. We are fortunate to have three guys representing the organization in the All Star game. The focus rightfully shifts to them, and the American Hockey League.

Oh, and by the way, a couple of the guys are asking for your cell number?? Hope you don’t mind that I passed it along as well as your home address?

Since the PHPA will not allow me to crack the whip, come check out the AHL All-Star Classic this weekend in Ontario! Skills Competition tomorrow at 5 PM, All-Star Challenge on Monday at 7 PM.