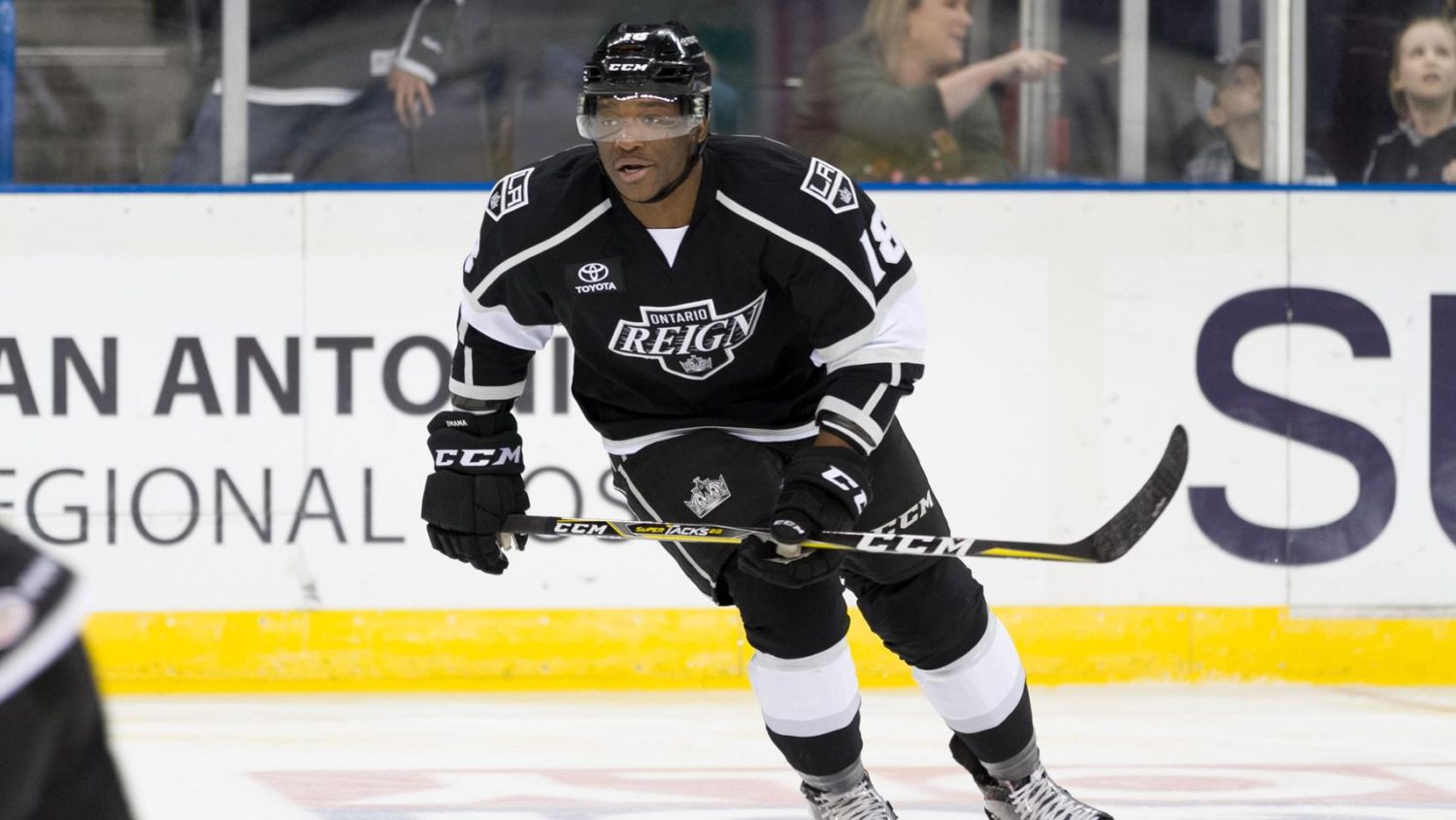 On Monday, the Martin Luther King Jr. national holiday, Bakersfield defenseman Brandon Manning was assessed a game misconduct for his violation of AHL Rule 23.9, which penalizes the use of racial slurs towards an opponent. Via @KingsGifs:

After a scrum with Boko Imama in yesterday's Reign vs Condors game, Brandon Manning received a 10 min unsportsmanlike conduct penalty. Today the AHL announced that Manning has been suspended for 5 games for "use of a racial slur towards an opponent"#LAKings #Reign #Oilers pic.twitter.com/VC4oTOyI8k

Via Gretzky:
“We are aware of an unacceptable comment directed toward an Ontario Reign player by Bakersfield Condors defencemen Brandon Manning during last night’s game. This is a very serious matter, we are disappointed by Brandon’s comment and we fully support the American Hockey League’s decision. The Oilers and Condors organizations wholeheartedly believe in a respectful workplace and will work to better educate our players on appropriate conduct on and off the ice.”

Via Manning:
“Last night I made comments to an opposing player that were stupid and offensive. After the game I spoke with the opposing player in person, which I’m very grateful for. He allowed me to apologize and I took full responsibility for what I said.

To say I’ve learned from this situation is an understatement and I promise to be better.”

Boko Imama shared a statement Tuesday afternoon:
“I have taken some time to reflect on what transpired on the ice against Bakersfield Monday night. What happened is unfortunate for everyone. No matter how intense or heated a game gets, there is no room for this in our game and no excuse. I am very proud to be an African Canadian hockey player and to stand for all other players that are in the same situation as me.

I would like to thank the Los Angeles Kings and Ontario Reign, Edmonton Oilers and Bakersfield Condors for their professionalism in helping me handle this situation. Last but not least, I cannot thank my family and friends for their continued love and support.

At this time, I will not make any further statements or comments and I would very much appreciate if those wishes were respected.”

The AHL suspended Manning for five games on Tuesday. A 29-year-old from Prince George, B.C., he has appeared in 255 NHL games with Philadelphia, Chicago and Edmonton in addition to 262 AHL games.

Bokondji “Boko” Imama was acquired via trade from Tampa Bay in May, 2017 and subsequently signed to a three-year entry-level contract. Born in Montreal to immigrants from the Democratic Republic of the Congo, he started playing hockey when his father hoped to differentiate his interests from those of his sisters (via Color of Hockey and Loose Pucks). He has appeared in 107 games with Ontario over the last three seasons, totaling four goals, 17 points and 208 penalty minutes.