McLellan looks under the hood, likes what he sees; LA’s pace improving 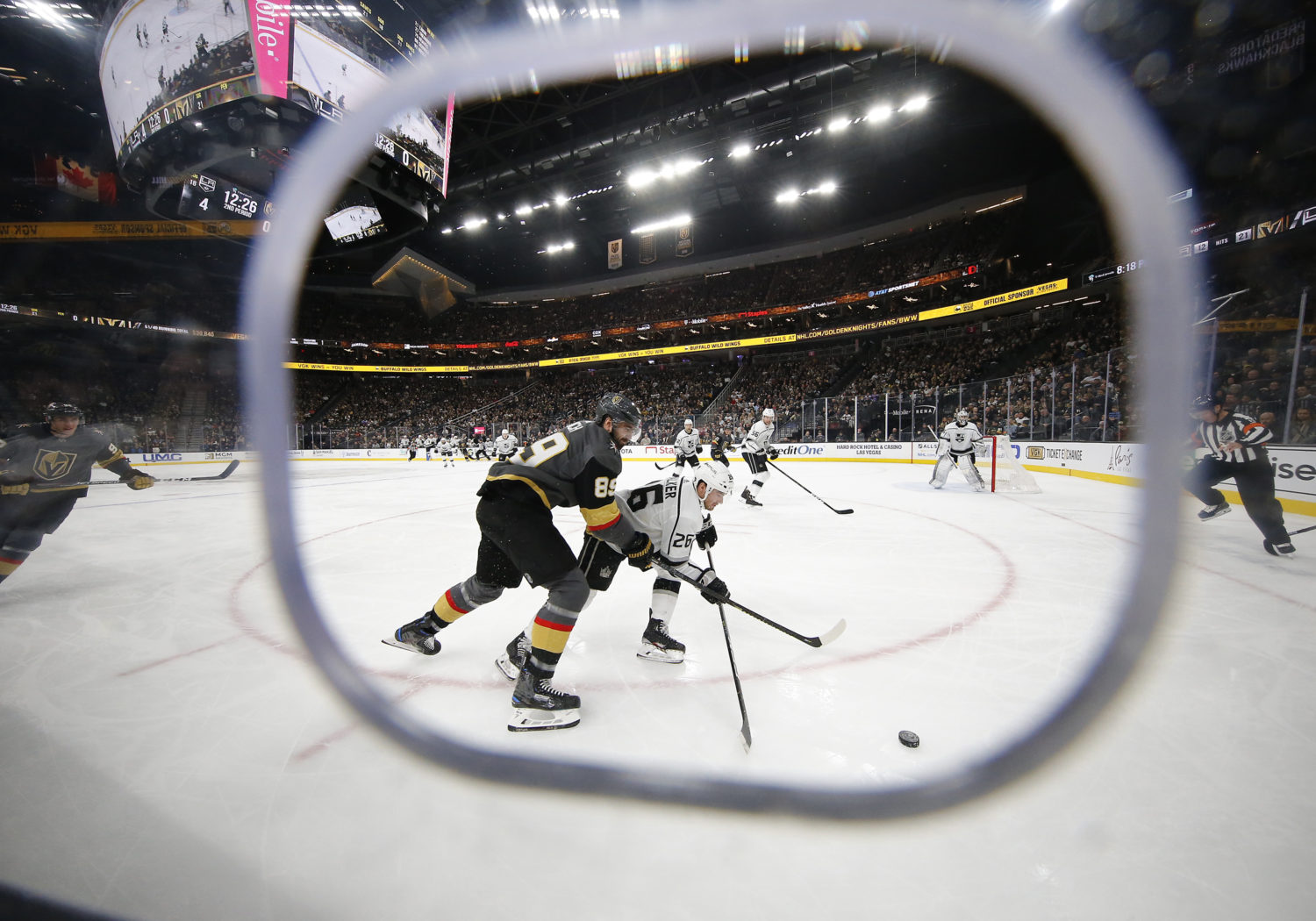 INSIDERS. Top o’ the week to you. Practice notes from the team’s second skate in Tampa will follow, but first, there was some great Todd McLellan insight from Sunday afternoon that’s worth your time. It surrounded a conversation about pace – I spoke with Alex Iafallo about that pace and how the team built it into practice, so stay tuned – and how the types of performances against Carolina have to be the norm and expectation rather than noteworthy or commendable.

But McLellan has been encouraged by the performance of the team’s 23-piece “engine,” noting an improvement from day one of the season even if “it has to be running with a lot of RPMs to be effective.”

“The pace that we practice at now is starting to show up in a game, and a little more game management – handing off healthy shifts instead of tired shifts to the next line – is important. We’re getting all of this as we try and improve.”

Todd McLellan, on what he liked about a well-executed game Saturday:
The general theme is the pace that we were able to play at. That team is viewed as one of the quickest teams in the league, and again, you almost have to define what speed is. It’s obviously skating, but it’s puck movement, it’s the ability to close, to forecheck, to make a play out of a scrum, to get back and reload and defend. Carolina’s known for that. Their shot differential, for-and-against is really high. And we played with them from basically minute one on. There were ebbs and flows in the game, but overall, the pace that we played with – and we need all those pieces, or descriptors, if you will, to actually get it done. Now, we lost the game. I’m sure some people say, ‘well, coach is happy, they still lost.’ In pro sport it is about the wins and the losses, but it’s also a lot about the input into the game. We’ve played poorer games and won, and there have been games where we have won and we haven’t been happy as a group. That’s just the way it goes.

McLellan, on Jaret Anderson-Dolan’s season debut:
Think of the pace that he had to come in and play at. An organized pace. It’s not chaos, it’s not people all over, so it took him a little bit to adjust, but I thought as the game went on he fit right in and did a good job.

McLellan, on referencing in Vancouver the need to bury pucks rather than be content with shooting:
In that game, I think we had 50 shots in that game. I think that is a game-type situation. When we looked at the chances again [Saturday] night, we had some good opportunities and the goalie made some great saves. A poke check on Kempe, a breakaway on Wagner, a deflection at the end, a high tip. Those are all shots on goal that aren’t general lob shots. Those are good, quality shots. And we had them. It needs to find its way in. Goals come naturally for some guys. We’re going to play against a guy named Stamkos here. He can wire it into the net, where others really have to work hard for it. We’ve got a lot of work-hard guys. We know that, and they do that. As time goes on, we hope to develop some of those natural guys and find some but right now we are what we are. Guys keep giving us everything they have, so that’s a good thing.

McLellan, on improving defensive zone faceoff work and other adjustments:
Well, the D-zone faceoffs we practiced it and we worked on it and then it cost us about four goals in three games. It’s better now, but we’re trying to take pieces and put them all together now, whether it’s a breakout into a neutral zone into an entry in the attack. I think when you start with a new group and you start with structure, you’ve got to take chunks of your game, and now it’s the connectors between one to the next that we’re working on. When you’re in that phase you sometimes lose the detail of the original part, and so we’re going back and forth right now. We’re coming out of our end while we’re a better team, the speed through the neutral zone is starting to show up a little bit more. The forecheck for the most part has been there. Our re-load is getting better, so when we transition from offense to defense, we’re on our toes a little bit more and it allows our D to be aggressive. All of those connectors are parts of the game we’re trying to work on right now and improve in.

McLellan, on a “commendable” performance in Carolina at the tail end of a compacted stretch:
It is, but it isn’t, because we expect that from them. There are teams in every sport flying across the country. Every day , right now, somebody’s in the air going east-to-west to play some sort of game. And that’s what we’re responsible for. There are nights that get away from any team – not just the Kings – where you just don’t have it. You don’t have it physically, you don’t have it mentally, and that’s what 82 games does to you. But the ability to show up and play with pace and heart the way we played in Carolina is expected, it’s not a badge of honor. That’s what we need nightly, and it has to be there.

McLellan, on the improved pace:
Remember when I talked about our ‘engine?’ Quite early. I think it was the first 5-to-10 games, we weren’t really happy with our engine. Our engine’s getting better, and I think that reverts all the way back to training camp and practice. The pace that we practice at now is starting to show up in a game, and a little more game management – handing off healthy shifts instead of tired shifts to the next line is important. We’re getting all of this as we try and improve. [Reporter: So what high-performance vehicle is the engine in?] The engine’s 23 pieces here. That’s what the engine is on any given day. It has to be running with a lot of RPMs to be effective. [Reporter: It’s still a diesel right now?] It is a diesel, yeah, hence the skate [Sunday]. [Reporter: What did they use to call Gabby? The Ferrari?] Well, when we watched him in Minnesota, he would always flip the puck to himself. He would flip and he would drop the back end like in a corvette. It just went down, and then – BOOM. You could tell when he punched the gas.