Kings-Whalers lines, pairings; who encouraged Kempe to shoot off the draw? 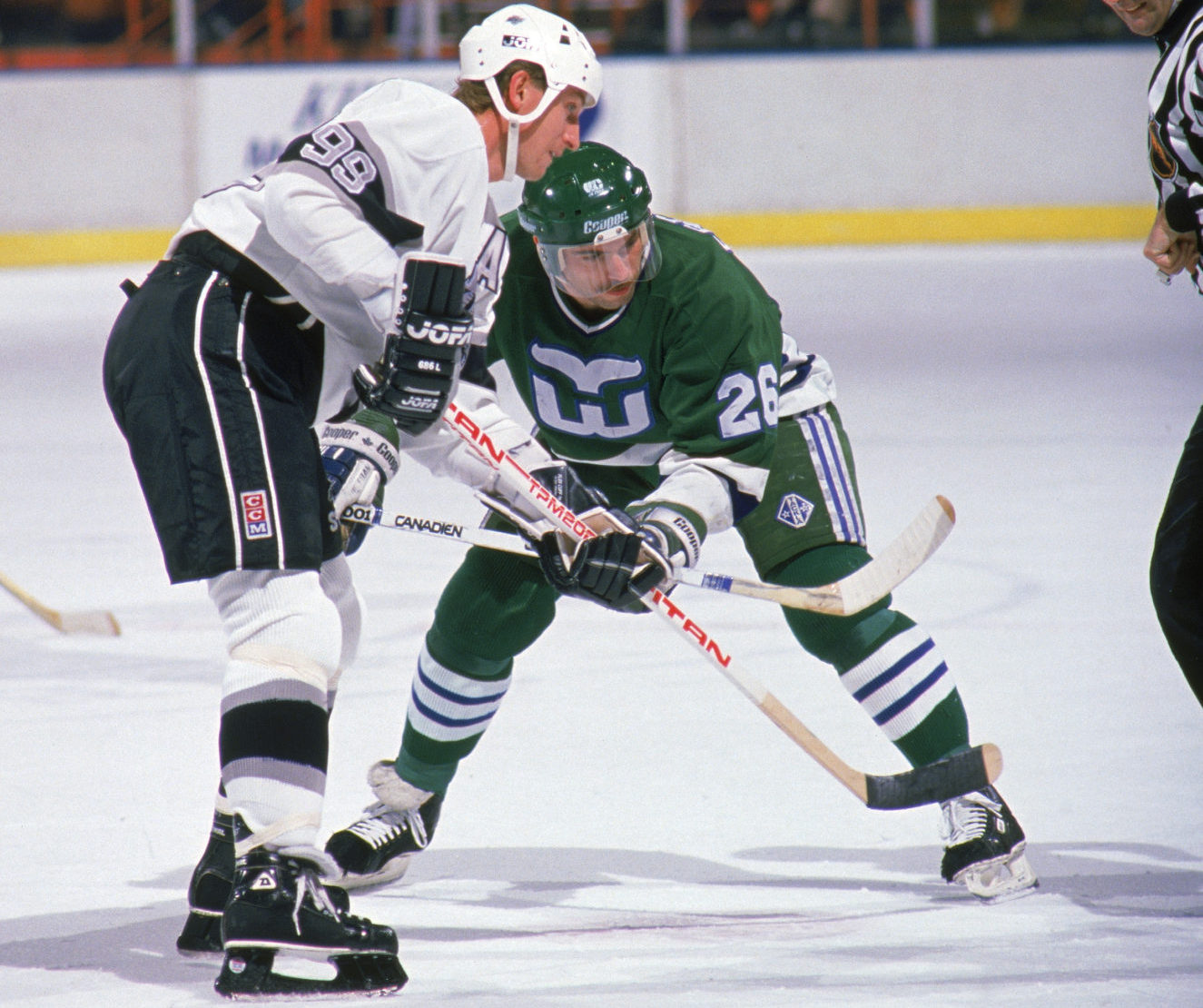 — The vitals: Jack Campbell was first off and is expected to draw the start. He’s stopped 35 of 36 Hurricanes shots over 77:44 of his career, going 0-1-0 over that span. Matt Luff, Kurtis MacDermid and Joakim Ryan (IR/lower-body) remained on the ice for extra work and aren’t expected to play tonight, while Blake Lizotte remains in Los Angeles.

“They pressure off the hop and then they continue on for the next 45 minutes, if you will,” Todd McLellan said. “They’re a fast team, they get on top of you, there’s no backing off in their game. They have the ability to finish when they create chances, and a lot of it’s done in volume so they get a lot of momentum shifts that are put together. We know that. We know that there’s not going to be a perfect game where we’re not in our end for a little while, but we’ll have to defend properly and get good goaltending and take care of the puck. They can’t just have our zone for free, and in our game against Vegas the other night, I thought we did that in the first and second and got away from it and started to put it back together in the third, but we’ve got to find a consistent 60 minutes rather than a roller coaster 60.”

— Adrian Kempe’s faceoff goal in Vegas – the 19th time in NHL history and the first time in LA Kings history a player scored one second into a power play – was the result of some unexpected inspiration.

“Todd told me to try it on the faceoff and I said I’ll give it a shot,” said Kempe, who said he’d shared that he’d try to shoot off the draw with Michael Amadio, as well. “Obviously you’ve got to put your stick down and then you’ve got to be a little lucky with the timing. You’ve got to hit the puck as soon as it hits the ice or even before. It touched the circle and then I just tried to snap it as hard as I could. The other guy didn’t get a piece of it, so I got pretty good heat on it.”

Historical context was scant, but it was the first time Kempe had genuinely attempted to shoot off a draw.

“I’ll try to [push it] forward or shoot it in the D-zone or something like that, but I’ve never actually tried to score on a faceoff like that. I was surprised it went in.”

That’s not meant to be sarcastic. The Whalers appreciation and nostalgia lives on long past the exodus from the Hartford Civic Center, the logo vogue well beyond Connecticut. Carolina’s willingness to dig in and honor that legacy has fanned the interest across the league.

Is that interest limited to aging fans and appreciators of one of hockey’s most vintage logos? Most coaches grew up in the era of the Original Six, so “it was Toronto, Montreal, the odd Bruin jersey,” McLellan would see most often while growing up in Saskatchewan.

“Hartford as a whole, it was a unique spot, it was something a little bit different. They had some really good players go through there. I don’t know if the hockey world realizes, but when you look at their roster and the type of players, Ron Francis, those type of players that went through that team, they had some good teams and good players. They happened to be playing against Montreal and Quebec in a division that was very, very strong back then. It was no different than Winnipeg with Edmonton and Calgary playing in there all the time. But it’ll be fun to see them in their uniforms, but more importantly we’ll be worrying about what the whites do and not the green.

The last Kings-Whalers game was a 5-3 L.A. win at the Forum on January 30, 1997, a game in which Vladimir Tsyplakov (x2), Ray Ferraro, Barry Potomski and Vitali Yachmenev scored for the Kings and Geoff Sanderson, Kent Mandeville and Paul Ranheim scored for the Whalers.

— More to come from Jaret Anderson-Dolan, who doesn’t turn 21 until September 21 and therefore was not of age to legally accompany his teammates after Thursday’s win at T-Mobile Arena. “Just hung out in my room pretty much,” he joked. Tonight’s officials are referees Brad Meier and Peter McDougall and linesmen Scott Driscoll and Darren Gibbs. Talk soon.