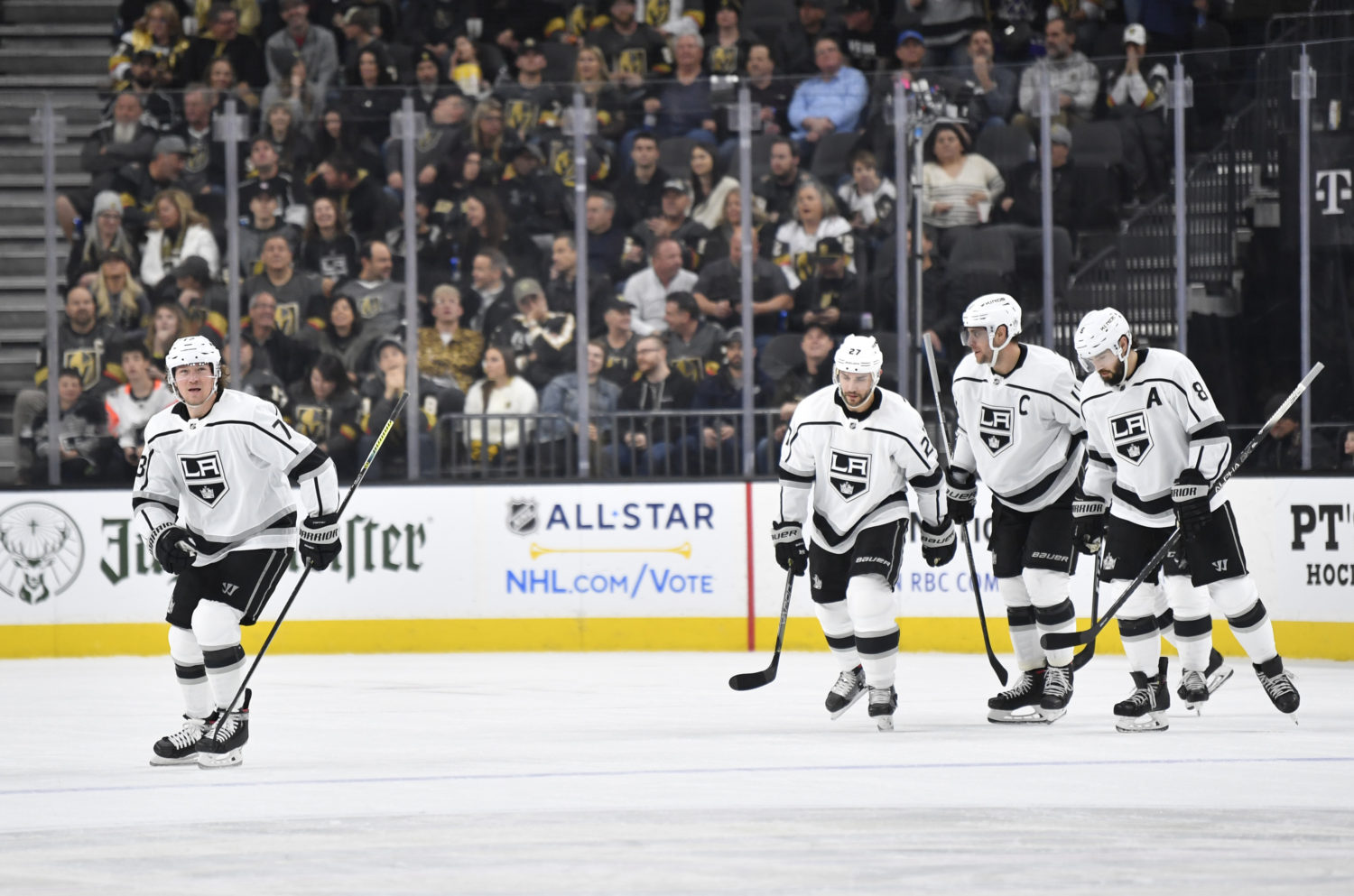 Records between clubs over decades or eras are not particularly important given the changes in personnel, the changes in the game, the changes in coaching, et cetera, et cetera. But there were still interesting conversations before and after the game about Jack Campbell’s sturdy play at T-Mobile Arena, something that Todd McLellan wasn’t cognizant of when scheduling the Dallas and Vegas starts (nor would he be expected to, given the whopping two-game sample size prior to Thursday’s win). But Campbell was sharp again in Vegas and banked on a blitzkrieg first period in which the Kings generated a strong five or six shifts off the hop, weathered a brief push as the Golden Knights collected and asserted themselves, and then struck four times in 6:16 to win the third heat of the Clark County Boat Race. 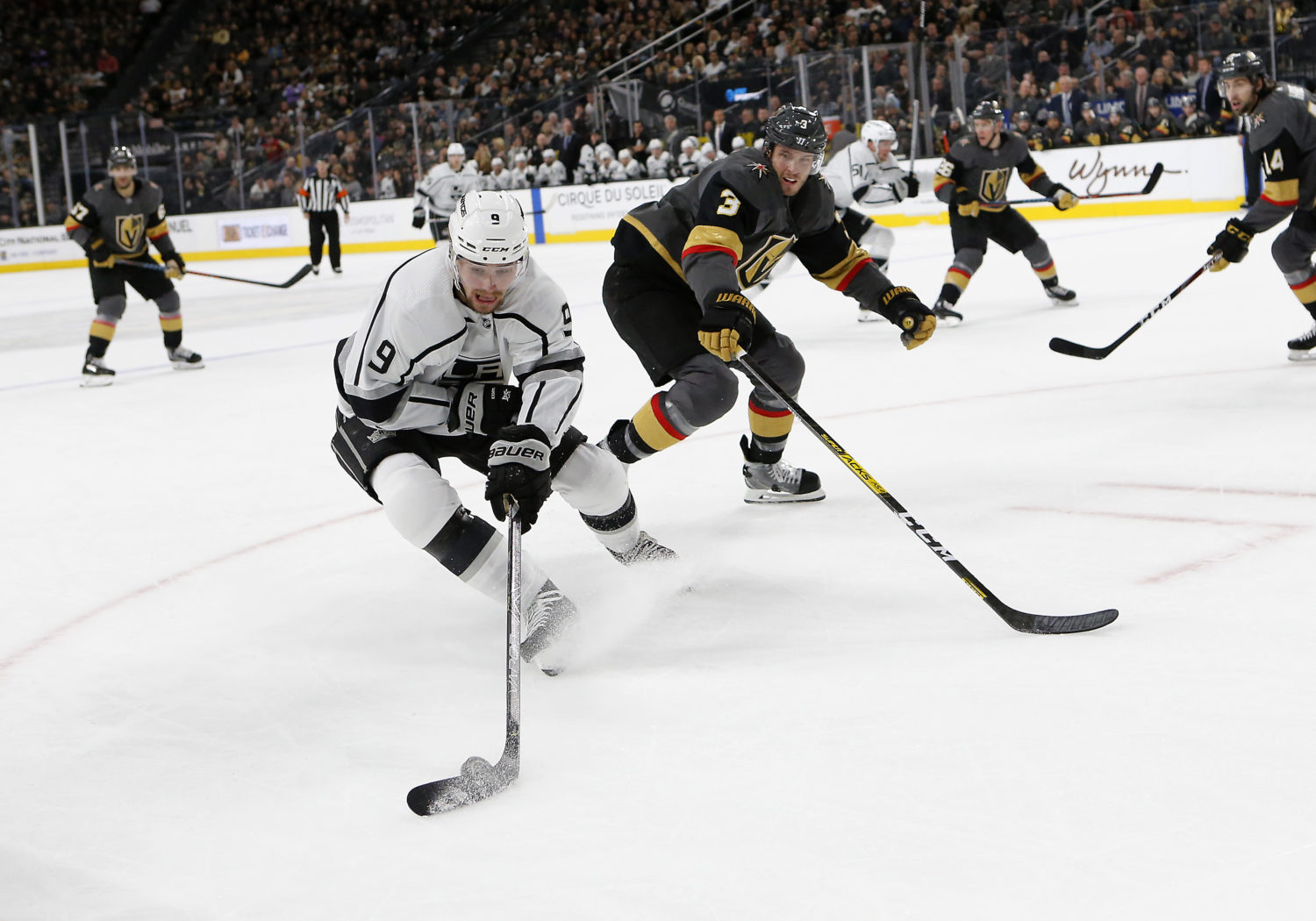 The LA Kings, who won 5-2, are now 7-4-1 all-time against Vegas. Again, not particularly important; the 2018 playoff sweep doesn’t reside within those borders. But there was a good spark to the game and a good resilience after a relatively healthy outing against a tightfisted Dallas team. Alex Iafallo is not only playing his best hockey as a King, he’s now on pace for 46 points after extending his point streak to nine games. He earned that secondary assist on Ben Hutton’s goal by dragging Nate Schmidt through the low slot on a fly-by, taking Malcolm Subban’s eyes off the puck for a beat. 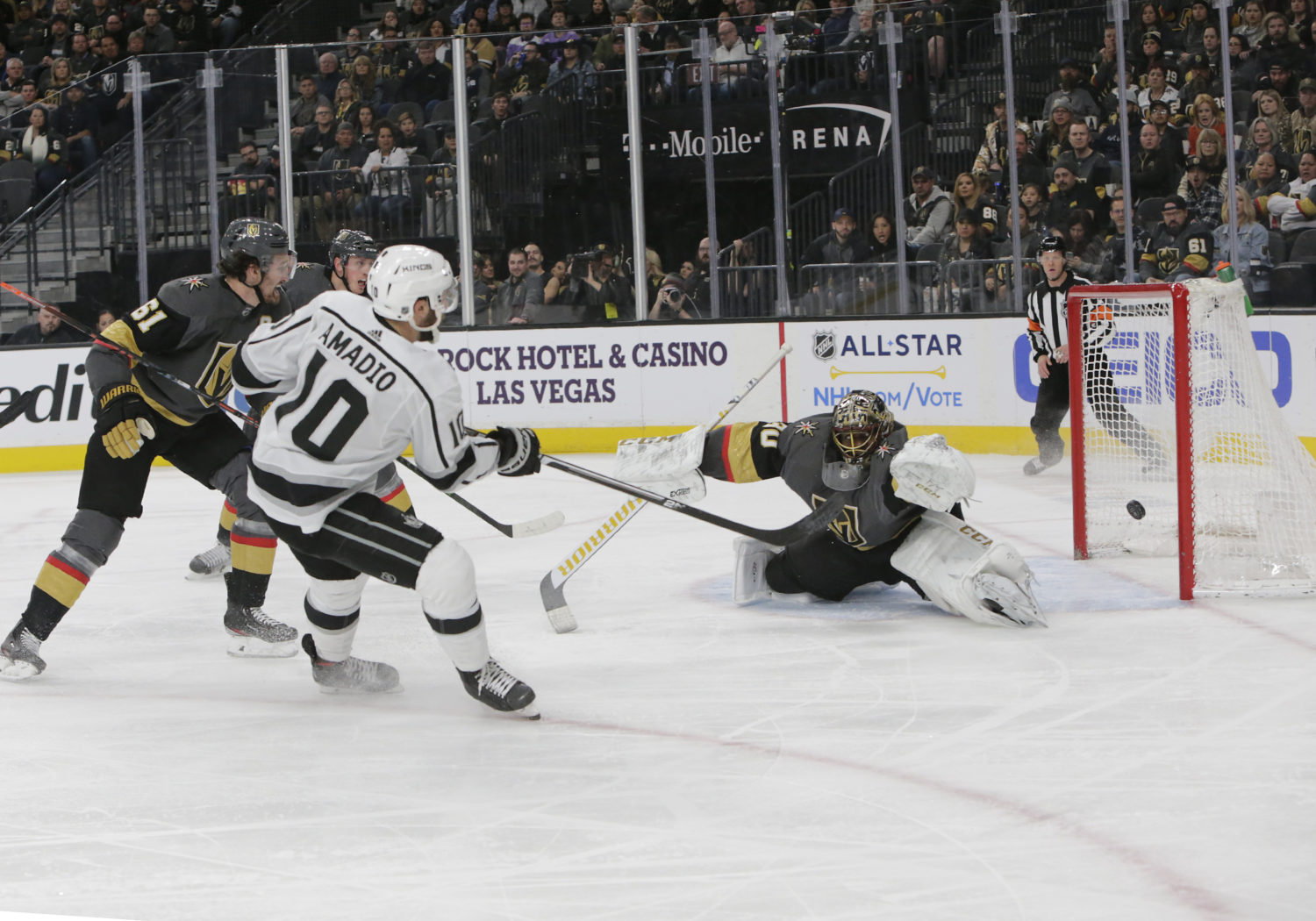 You know what Thursday’s game had a lot of? Five-on-five time. That’s good! L.A.’s a top-five team in 5×5 Corsi-for, shots-for and expected goals-for percentages but has been anchored by a pesky 6.5% shooting percentage that represents a dearth of skill and finishing regularity. Not all of that five-on-five time was put to good use, given, you know, the 36-5 shot discrepancy over the final 40 minutes of regulation. But Vegas is another excellent possession team capable of paving over opponents to get to the cookie jar even during tied games, so that storm was forecast well in advance. 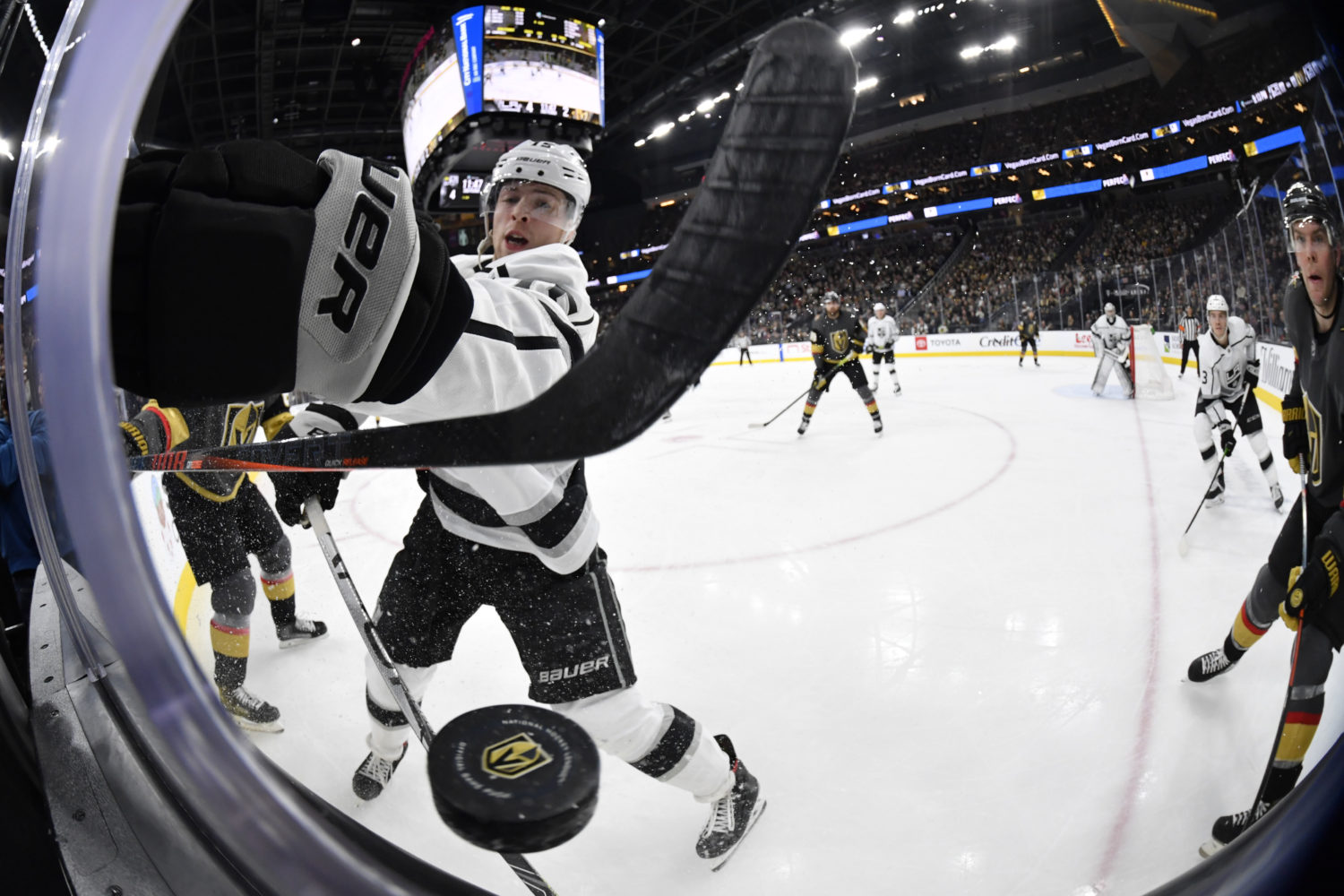 Tense times in the Pacific Division. Vegas is feeling some of the heat, and last night’s game – one in which Gerard Gallant called his team’s performance “embarrassing” and decried the “no contact, soft” play in the first period – was representative of the inevitable evolution from a storybook honeymoon towards the general angst of a team and fanbase with high aspirations. The Golden Knights are good. Very good. They also need a defenseman, are up against the cap and are playing amidst the primes of their top players’ careers. They kind of need to win soon, because in two years seven players 29 and older will have cap hits of $5-million and greater. The Coyotes also lost, as did the Canucks, which wedges the Western Conference’s upper-middle class into a compacted consortium of eight teams separated by six points in the standings. Stats visualization expert Micah Blake McCurdy projects the Jets, Predators, Wild and the five non-California Pacific teams to finish with between 88.1 (MIN) and 96.6 (ARI) points, a logjam that’s even tighter following last night’s Pacific Division results. Assuming St. Louis, Dallas and Colorado are in, three teams from that group won’t qualify. 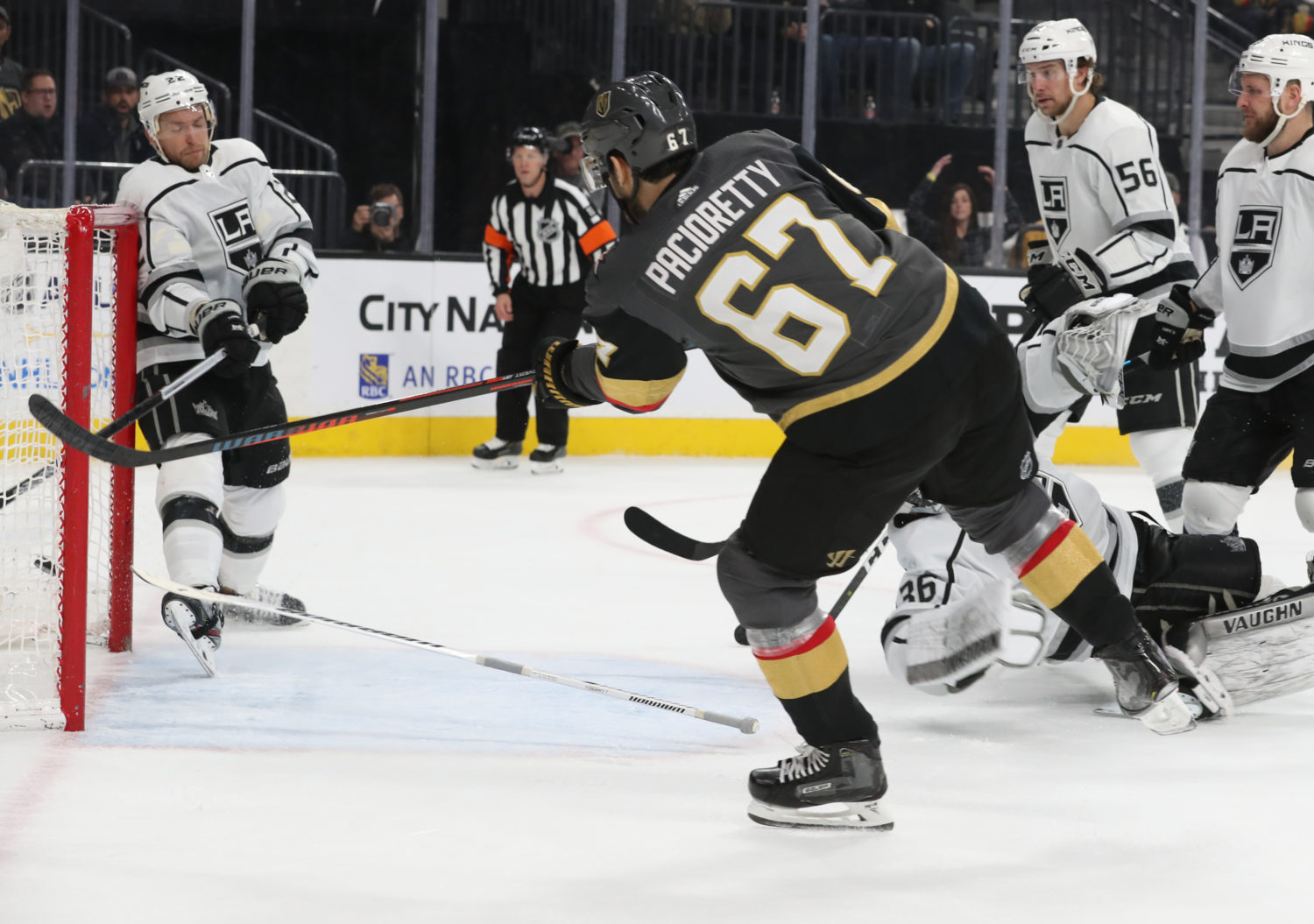