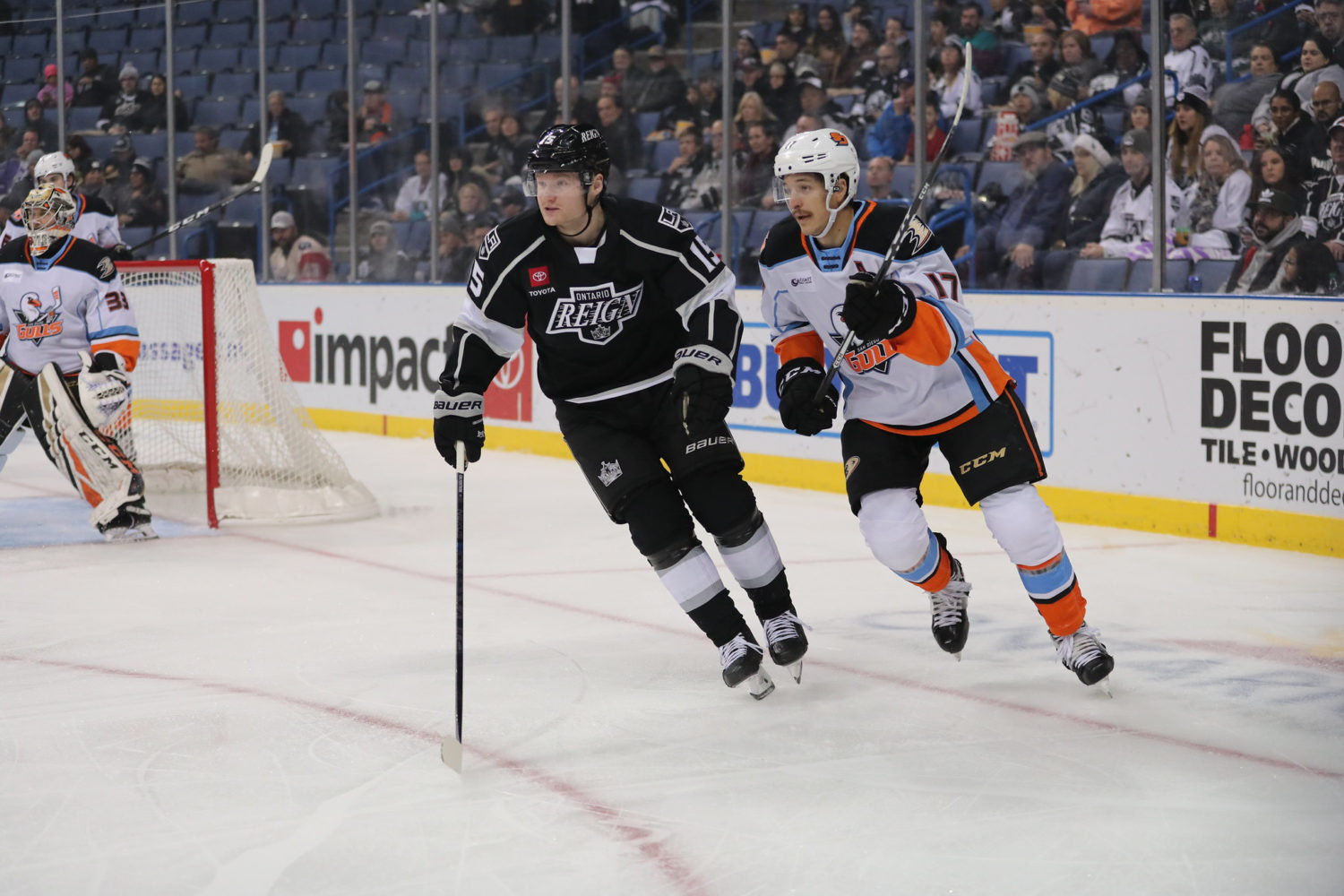 TONIGHT’S MATCHUP: The Reign are back in action following their holiday break, with the latest edition of the So-Cal Series. Ontario hosts San Diego for the first of two games this weekend, with the two teams also squaring off tomorrow evening at Pechanga Arena.

SO-CAL SERIES: Ontario and San Diego face off this evening in the sixth edition of the So-Cal Series this season. The Reign bring a 3-2-0 record against the Gulls into tonight’s action, including a 2-1-0 mark at Toyota Arena. The Reign were victorious by a 2-1 margin in the most recent meeting between the two teams, as forward Martin Frk scored the game-winning goal late in the third period to secure the two points.

TO THE SHOW: The Reign will be without forward Martin Frk and defenseman Kale Clague this evening, with both players recalled to the LA Kings earlier today. Frk, a veteran of 100 NHL games with Carolina and Detroit, is Ontario’s leader in goals (14) and points (23), and could make his Kings debut this evening in San Jose. Clague leads all Reign defenseman in goals, assists and points, and made his NHL debut in Buffalo earlier this month.

ACTIVE LEADERS: Without Frk and Clague, Ontario will look to a new group of active scoring leaders, beginning with forward Lance Bouma, who leads the active roster in goals (7) and is tied for the lead in points (13), while forward Brett Sutter leads all skaters in assists (11). On the blueline, defenseman Austin Strand tops the charts in both goals (5) and points (11), while Paul LaDue leads the team with a +4 rating.

THE GULL HUNTER: Ontario forward Jaret Anderson-Dolan leads all Ontario skaters with five points (2-3-5) from five games played this season. Anderson-Dolan tallied a pair of multi-point games in October against San Diego, a pair of victories, and picked up an assist in the Ontario victory on November 29. Anderson-Dolan also leads all Reign rookies this season with 13 points (4-9-13) on the season.

CALIFORNIA LIVING: Tonight’s game against the Gulls begins a stretch of 25 consecutive games for the Reign in the state of California. Ontario will not leave its home state until an early-March trip to Colorado. The Reign will play 12 of those 25 contests at Toyota Arena, hosting each of their six divisional opponents at least once, and will also play road games against each of the other four California-based teams, beginning tomorrow evening in San Diego.

SCOUTING THE GULLS: San Diego defenseman Chris Wideman enters tonight’s action as the AHL’s leader in goals by a blueliner with eight, two clear of the next closest players, which includes Kale Clague. Wideman is also tied for the team lead with 18 points this season, while forward and team captain Sam Carrick leads the Gulls with 10 goals. In net, Anthony Stolarz has led the way with a 9-8-2 record, a .913 save percentage and a 2.91 goals against average.